On Flying Rockets and Missing Work 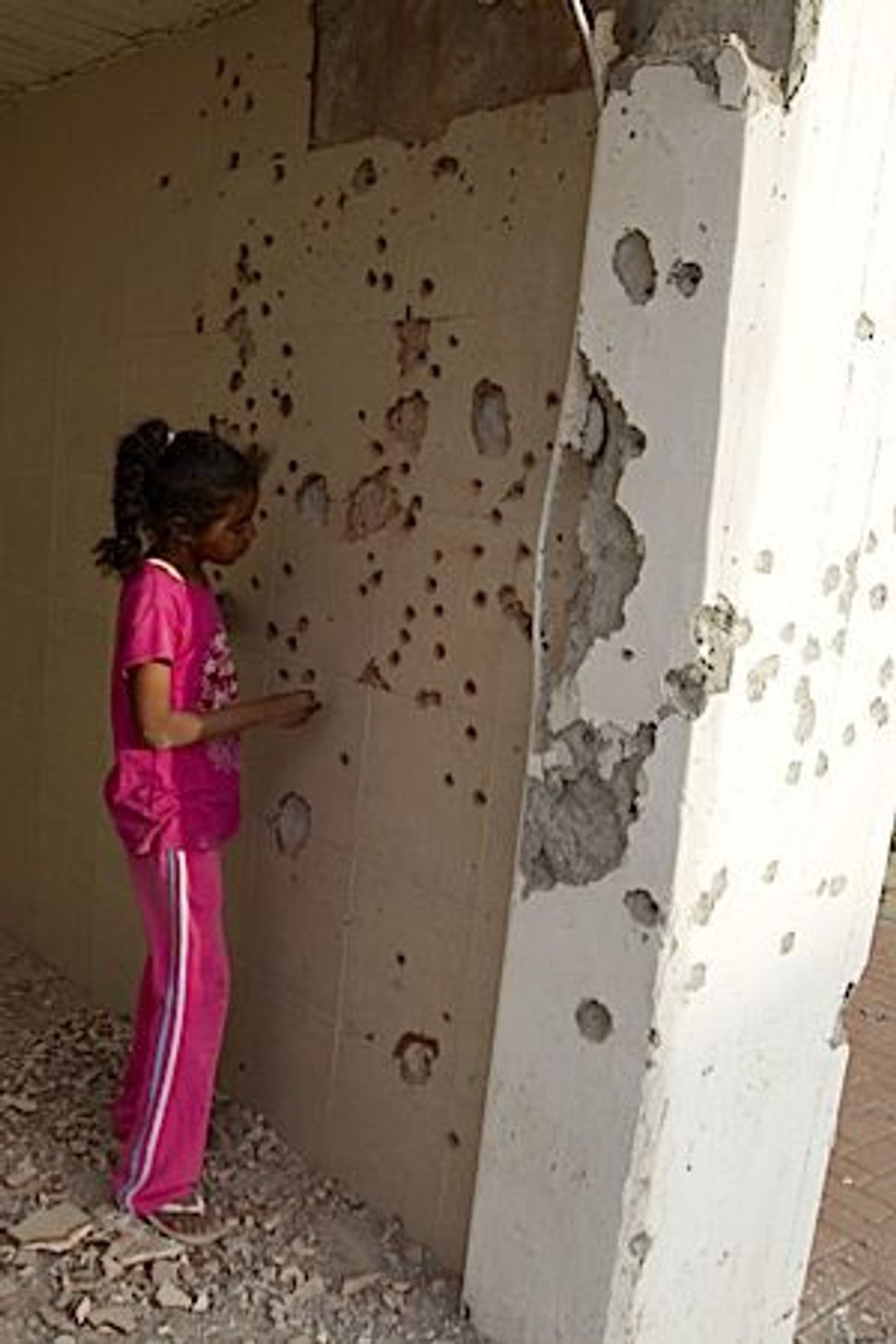 An Israeli girl surveys the damage from a rocket that hit a Beer Sheva school. Image by Getty Images

We’ve become used to the gender roles in conventional war. The brave male soldiers march off to the battlefield, the women and children remain back at home, protected in their domestic routines. Or, in the alternative scenario, when the horror of war comes to civilian neighborhoods, life grinds to a halt, and the family huddles together for safety, fathers and mothers joining together to protect their children.

But this week, as the back-and-forth volleys between Israel and terror elements in Gaza stretched past the Purim holiday and the weekend into the work week, affecting more than a million citizens in southern Israel, there is a different reality. It is so different that Israel’s Homefront Command has coined a new term: “Emergency Routine” — a middle ground between a “State of Emergency” and business as usual.

In this so-called emergency routine situation, work goes on as usual – because the state doesn’t want the local economy to grind to a halt. However school is cancelled, because, even if a school is built with missile-proof materials, nobody wants to see a direct hit on a school full of children, and children are vulnerable as they walk or ride the bus to school. And so the question being asked in households across southern Israel, is ‘who’s going to stay home with the kids?’

The answer, more often than not, are the women. There are financial reasons – they typically earn less than their husbands, and therefore can better ‘afford’ to take unpaid days off of work. They are considered better equipped emotionally to comfort frightened children during missile attacks. And so it is overwhelmingly women who are giving up work days, with no compensation, to stay alone at home with children, keep them busy, calm their fears when they hear a “boom” and hustle them into the bomb shelter with them for the frequent warnings.

The plight of single working mothers is even more difficult – they must choose between giving up the family income entirely or leaving the children on their own to cope with the missile attacks. Even if a babysitter can be found, it isn’t always an option. My sister-in-law Yael has a severely autistic son. When his school is closed, a parent must stay with him – and she is nearly always the one who does it.

Anat Saragusti, a social activist, says that the plight of these mothers needs to be addressed by the predominately male politicians and military leaders making the decisions that put such a heavy burden on the home front. She has called on the government to compensate parents who are missing work days in order to stay home. She writes:

It’s no secret that the vast majority of our decision-makers are male — we have only three female government ministers among 32, and the ‘security cabinet’ is all-male, several of them former generals. In the high command of the IDF, there is only one woman. Why does this matter? It matters because as long as there are only men in these key positions of power, they are interested, either on a conscious or unconscious level, on preserving and exercise their power, and when they make their decisions, they fail to weigh what they consider marginal concerns — such as who will stay home with the children when there is conflict, and who will pay for these forced vacation days of those who must stay home.

On Flying Rockets and Missing Work