Trayvon, and the Case for Newsroom Diversity 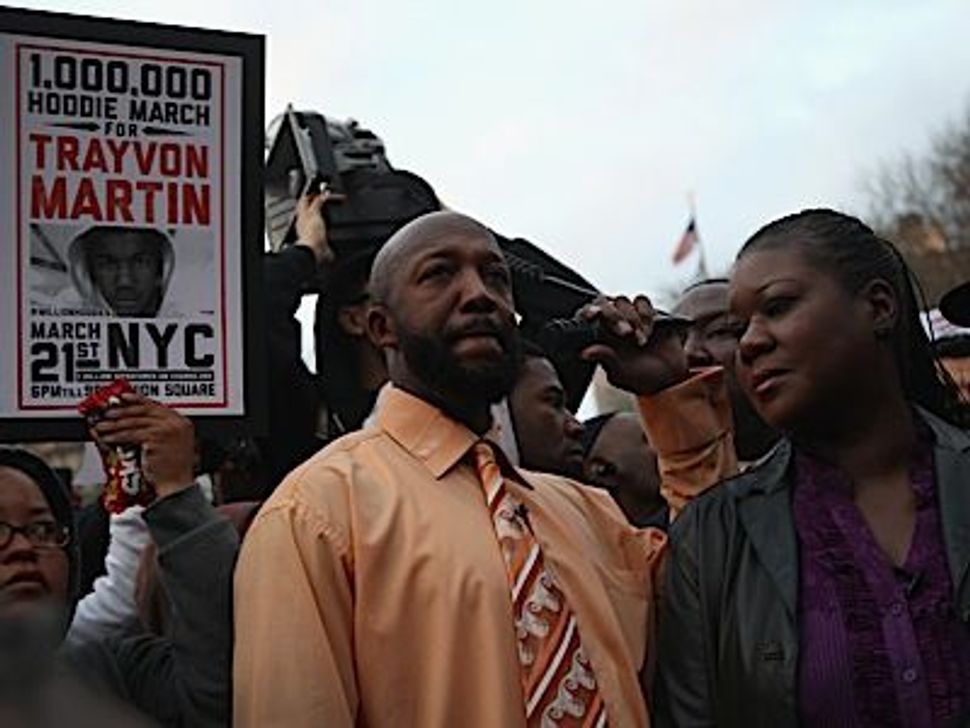 The parents of Trayvon Martin at the recent ?Million Hoodies March? in New York. Image by Getty Images

The New York Times pointed out an interesting subplot to the coverage of the terrible story of Trayvon Martin, the Florida teenager who was killed by an armed volunteer neighborhood watchman. Though Martin was shot to death on February 26, it took several weeks before it became a national story.

The reason that the story finally gained traction is due, in large part,to the Martin family’s tenacious lawyer, who worked hard to find sympathetic journalists to cover the story, as The Times explains: “Notably, many of the national media figures who initially devoted time to the shooting are black, which some journalists and advocacy groups say attests to the need for diversity in newsrooms. The racial and ethnic makeup of newsrooms, where minorities tend to be underrepresented relative to the general population, has long been a source of tension for the news industry.”

The report goes on to show how prominent black journalists and commentators eventually made this story their own, by writing about it in personal terms. Their attention was what turned this into a national story.

Sisterhood contributors have argued passionately about how diversity in media is elemental to progress and democracy. But rarely do we see a case as clear as this one to make the point.

As a Jewish woman living in Brooklyn, I am subject to a strange mix of over and under representation. I only need point to the recent onslaught of coverage of the Park Slope Food Coop’s deliberation about boycotting Israeli products to make the case that my Brooklyn side and Jewish side are all-too-well represented. My woman side, not so much.

Women make up 13% of Sunday morning public affairs talk show guests, approximately 30% of the guests on primetime cable news shows, 37% of newspaper newsroom staffers and 12% of the top 100 talk radio hosts. There are more depressing stats, but I think that will do. (For more click here And we have already discussed the dismal rate of female bylines at thought-leading magazines like The New Yorker and The Atlantic.)

African Americans are hardly fairing better. Last December, Paul Delaney at The Root wrote that the black presence in newsrooms has actually shrunk in the last decade. He also says that it is hard to collect data because many companies refuse to release data on newsroom make-up, even though they say they are committed to diversity.

In 2010, the American Society of Newspaper Editors did a survey of online news sources and found that, overall, they are more diverse than daily newspapers. However, major online publications like Salon, Yahoo, The Daily Beast, Politico, AOL and the Huffington Post apparently did not respond to the survey.

Combine this with another recent New York Times story, about how all the likely heirs to the New York Review of Books editor throne are, you guessed it, white men, and the whole situation feels a little hopeless.

Delaney suggests that younger journalists need to keep fighting “using tools of the past — such as lawsuits, protest demonstrations, boycotts and community pressure, as well as whatever new tactics they develop and choose — as their own Occupy movements.”

I would add to this that all of us underrepresented folks also need to keep writing, in spaces that we create for ourselves.

Trayvon, and the Case for Newsroom Diversity