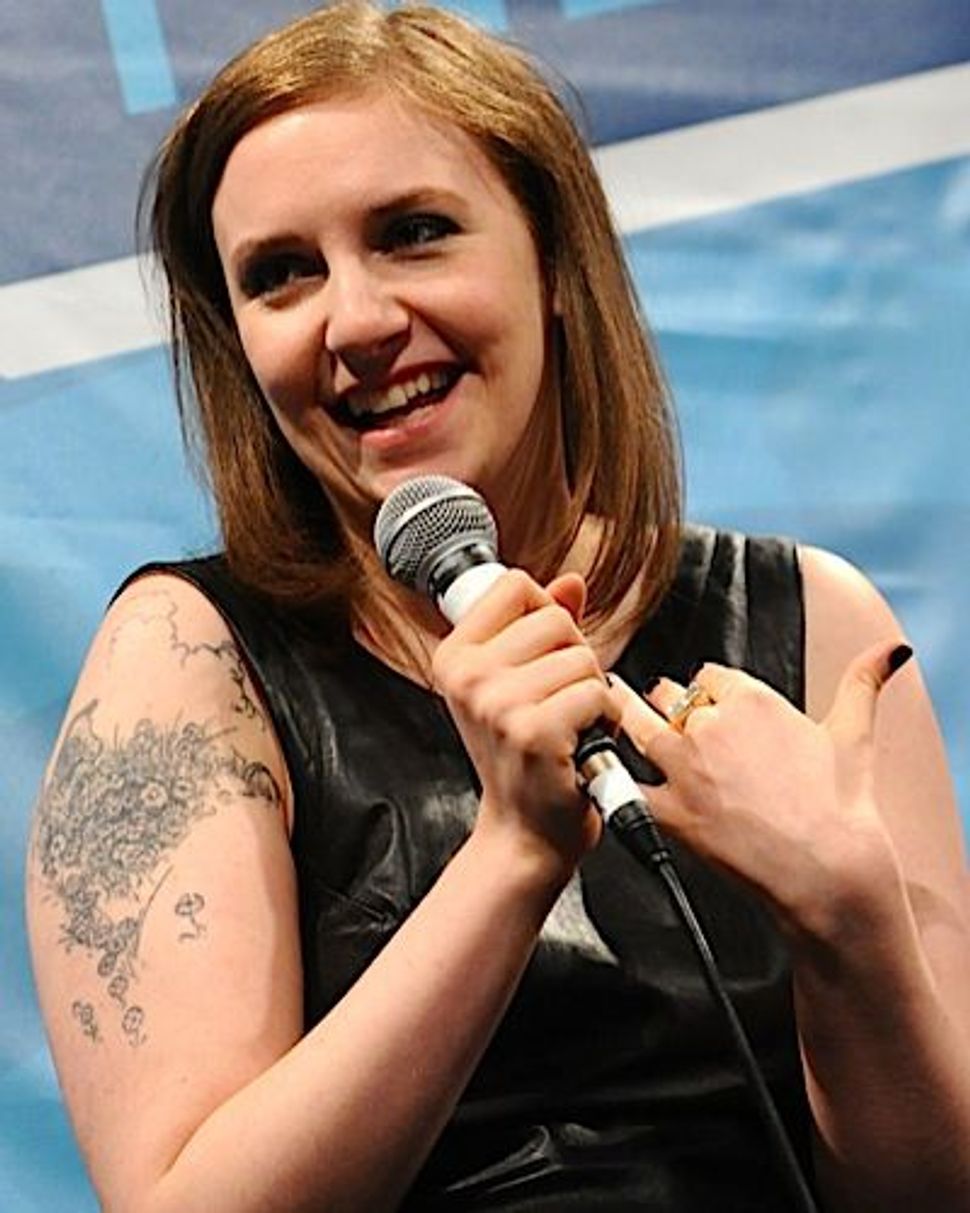 I’ve felt for a long time that the problem with the rise of bromance/male slacker comedy isn’t that it elevates immature dudes into leading men, but rather that it pairs them up with too tightly wound ladies. It’s what David Denby called the “slacker-striver” pairing, and it was popularized by Judd Apatow.

In short: putting women on a pedestal doesn’t help if the men are getting all the laughs. In the world of comedy, having a job and being responsible doesn’t confer privilege — getting the audience to crack up does. So let women be as flawed and wacked-out, as pot-smoking and dorky and physically goofy as the guys, let them garner the laughs as Kristen Wiig did in “Bridesmaids,” and then we’re closer to okay.

That’s why I and many others are so excited for “Girls,” the new HBO series that has received Apatow’s producing imprimatur but is almost entirely the work of “Tiny Furniture’s” Lena Dunham. The show follows a group of very young women struggling to make it in New York City, but early reviews assure us it’s nothing like “Sex and the City: The Carrie Diaries.” It’s apparently real and unglamorous and skeptical of its characters.

For critic Emily Nussbaum, who wrote a lengthy profile of Dunham and the show in New York Magazine, “Girls” was love at first watch. She declares herself a “goner” from the first moments of the pilot, and explains why it hit her so hard:

as a person who has followed, for more than twenty years, recurrent, maddening ­debates about the lives of young women, the series felt to me like a gift. Girls was a bold defense (and a searing critique) of the so-called Millennial Generation by a person still in her twenties. It was a sex comedy from the female POV, taking on subjects like STDs and abortion with a radical savoir-faire as well as a visual grubbiness that was a statement in itself… Even before the Republican candidates adopted The Handmaid’s Tale as a platform, Dunham’s sly, brazen, graphic comedy, with its stress on female friendships, its pleasure in the sick punch line, its compassion for the necessity of making mistakes, felt like a retort to a culture that pathologizes feminine adventure.

Nussbaum’s excitement echoes the early buzz from viewers of the premiere at South by Southwest.

But Nussbaum zeroes in on what is likely to be a key critique of the show, that it actually does resemble its “aunt,” SATC in one troubling respect: its overwhelming one-percentness, its focus on “cosseted white New Yorkers from educated backgrounds” even if these cosseted lasses are struggling to make ends meet right out of college.

The commenters at Jezebel also brought this issue up in their debate about the show, pointing out that yet at least from first glimpses, this well could be another “New York” show about a gang of young friends who exist in a bubble of whiteness (like “SATC,” “Friends,” “How I Met Your Mother,” and even “Seinfeld,” whose characters were coded as ethnic whites — Jews, Italians, etc).

“My heart hurts whenever I see some of the largest and most diverse cities in the world put on display and I have to squint and pause to find people of color in the background…because that is the only place they seem to exist,” wrote one.

The sense of hunger for “Girls” coming from female critics makes me think of what I call the “Juno’” effect: We women viewers are so deprived for characters onscreen to whom we can actually relate that we may have a hard time being critical. Case in point: I was so viscerally moved by Juno’s girl-centric narrative that it took me a while to gird myself to critique its questionable abortion politics.

But critique we must. If “Girls” ends up being as good as the hype, then we shouldn’t be afraid to offer strong, but loving suggestions about its racial makeup. We need a show that can appeal to all “girls,” not just some.