Should We Lighten Up About Weight? 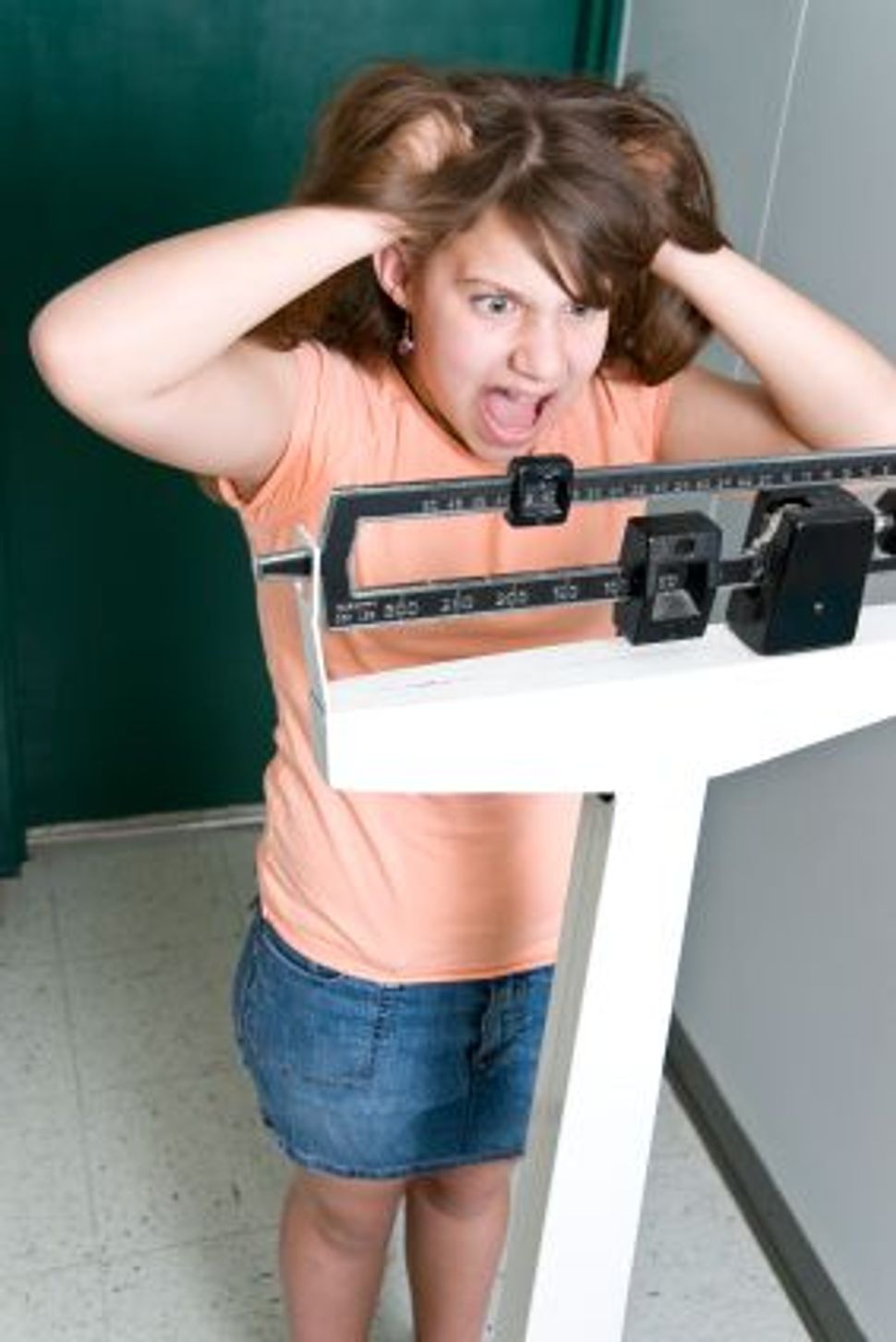 That now-infamous Vogue essay in which mother Dara-Lynn Weiss writes about putting her 7-year-old daughter on a diet — Weiss resorts to such tactics as occasionally refusing the youngster dinner, and publicly shaming her when she wanted to go off of her diet — has gotten the author a book deal and some public shaming of her own.

Over at Slate’s Double X, Katy Waldman spoke to body image expert Dr. Robyn Silverman, who said that a mother should never speak with her daughter about weight. Ever. Waldman goes on to say that it saddens her that weight loss has become so fraught a topic, especially considering that obesity is considered a health risk.

I don’t doubt that Silverman’s advice is sound, and would benefit many mother-daughter relationships. But it doesn’t seem like it should be the end goal.

In a perfect world, the one I hope my daughter will get to live in, weight-gain would not be the loaded topic it is now. It would be something you can laugh about, a matter without much significance. I grew up in a house like this. It wasn’t my mother, but rather my Salvadorean housekeeper who offered me an alternative and, frankly, empowering, narrative about weight.

(This narrative, I should note, is not about the kinds of weight fluctuations that medical doctors determine to be serious health issues, but rather those that have absolutely nothing to do with health.)

Alba, who either lived with us or came every day from the time I was 7 until I was 24, clearly had a very different attitude towards weight than the mostly Jewish upper-middle class suburban moms who surrounded me. If Alba thought she had gotten a bit pudgy, she would tap her belly and called herself “gordita” (fat), and then laugh. Weight was not some Lord Voldemort figure, so powerful that it couldn’t even be uttered out loud, lest we all spiral out of control.

When my weight began the normal teenager and college-student 5-10 pound fluctuations, Alba never shied away from telling me if I was “un poco gorda” (a little fat) or “un poco flaca” (a little skinny). But there was no moral, personal or aesthetic judgment in these pronouncements, as there would have been had it come from a parent or a friend.

Ultimately, what Alba taught me is that when I gain or lose a few pounds, it is really no different than if a male family member does it. That, over a course of a year or a lifetime, most people gain and lose some weight and there is simply no reason as to why that should inevitably be a source of shame or a devaluation of self-worth. This has proved an invaluable lesson for me as I become an adult, and I can only hope that it will be possible to impart these ideas on a child of my own.

Should We Lighten Up About Weight?