In Seders and Springsteen, Secular Spirituality 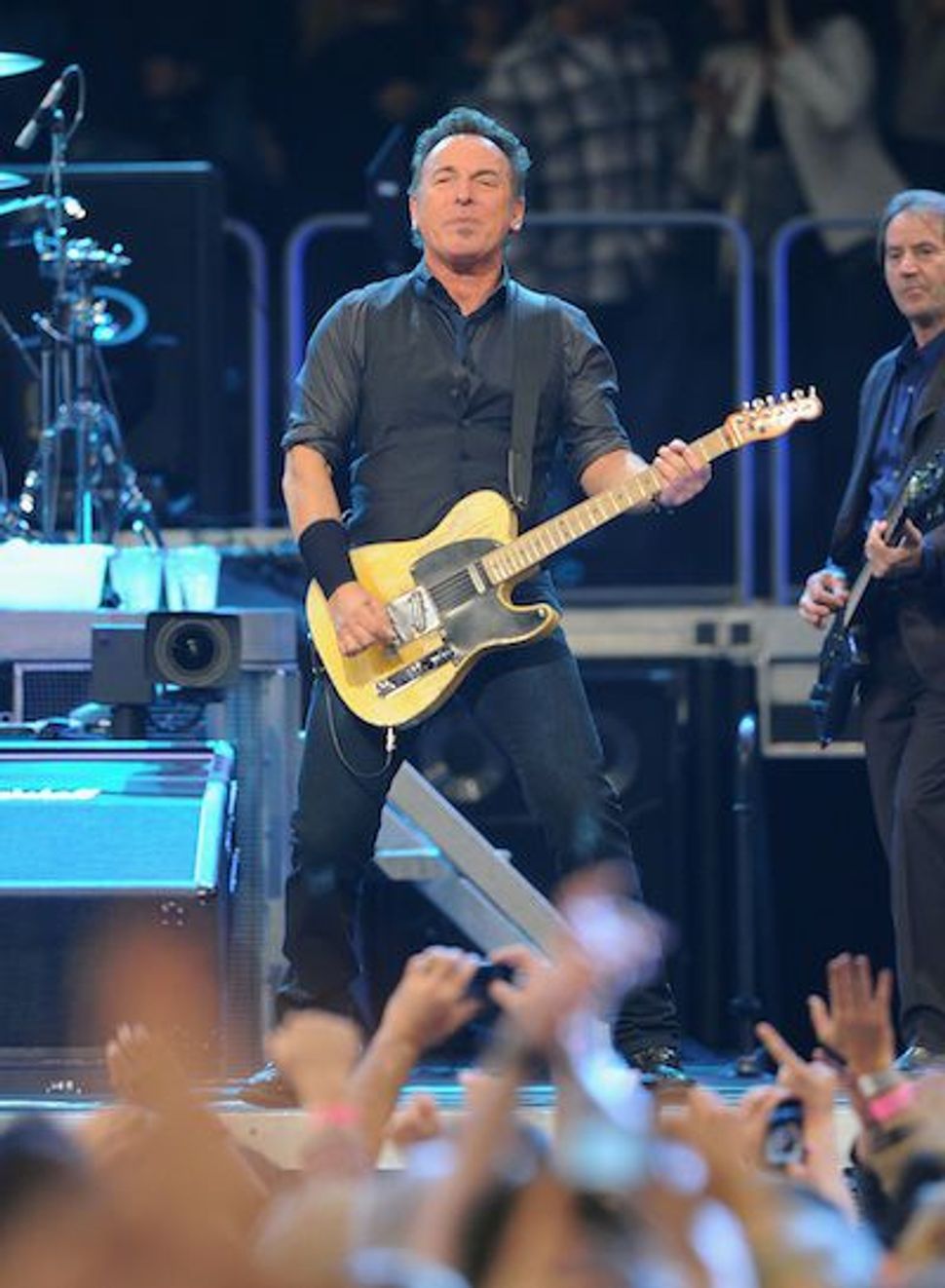 Bruce Springsteen performs in New York on the first night of Passover. Image by Getty Images

This past weekend, the New York Times wrote about a group of Jewish Bruce Springsteen fans who rented out a room at a Madison Square Garden restaurant this past Friday night so they could participate in a Seder and still make it down to “the pit” (the general admission area) in time for their rock-and-roll idol to step out on stage to the wild cheers of thousands.

I identified immediately. My family is one of many Jewish families in the Northeast who are combining two of our most important faith-based events in one short span of time: seeing Bruce on tour, and sitting down to Seder. And that very ritualistic combination speaks to the nature of faith in a secular world: Some might decry the Seder/Springsteen juxtaposition as watered-down, or a “choose your own” form of religious indulgence. To me it represents one great aspect of our modern era, a symbol that not every meaningful experience comes with dogma attached.

I noted last year that as a secular humanist, Passover is one of a few Jewish rituals that have deep meaning for me.

I have long crafted my own spiritual sensibility out of a mix of religious and artistic sources: There’s a base of Jewish culture and philosophy, tempered by a rational skepticism, a bit of pagan nature worship, Jane Austen for sensible guidelines on how to treat others, Tolkien and Harry Potter for my modern myths, and then of course there’s Bruce. Bruce’s marathon concerts, which he runs like a giant tent revival for the church of rock and roll — quite literally so, as he describes them as rock-and-roll baptisms, exorcisms, and bar-mitzvahs — are as meaningful a public expression of spirituality as I can find.

So of course, as I went this week from a Bruce concert to a Seder, and then from second Seder to second concert, I immediately started drawing parallels between the experiences. And unsurprisingly, there are many. Just as around the Seder table we are meant to find great redemption by telling a story of our enslavement in Egypt, a tale of privation and hardship followed by freedom, so at a Springsteen concert do we find jubilant, cathartic redemption by singing, at the top of our lungs, his songs of hard times, factories closing, relationships ending, even violence.

And just as the story of the Seder culminates in a great Exodus — out of a land of oppression, into the unknown desert and a homeland beyond it — so does a good Springsteen show or album return again and again the theme of the open road or a great river leading to an unknown “promised land.”

Of course, this is no coincidence. Springsteen, whose music obviously draws on his Catholic upbringing, uses Biblical imagery on purpose — and to great effect. And yet both the Seder and a Bruce concert remain for me rooted in the most humanistic aspect of “religious” experience, one concerned intensely with the sorrows and joys of life on Earth, not in any realm beyond it. Springsteen, in the bridge to his song Wrecking Ball, sings, “hard times come, hard times go,” back and forth, over and over again.

What is that endless back and forth but the Jewish experience? It’s the lesson of Passover that when the hard times do briefly go away, we celebrate, but don’t forget.

In Seders and Springsteen, Secular Spirituality