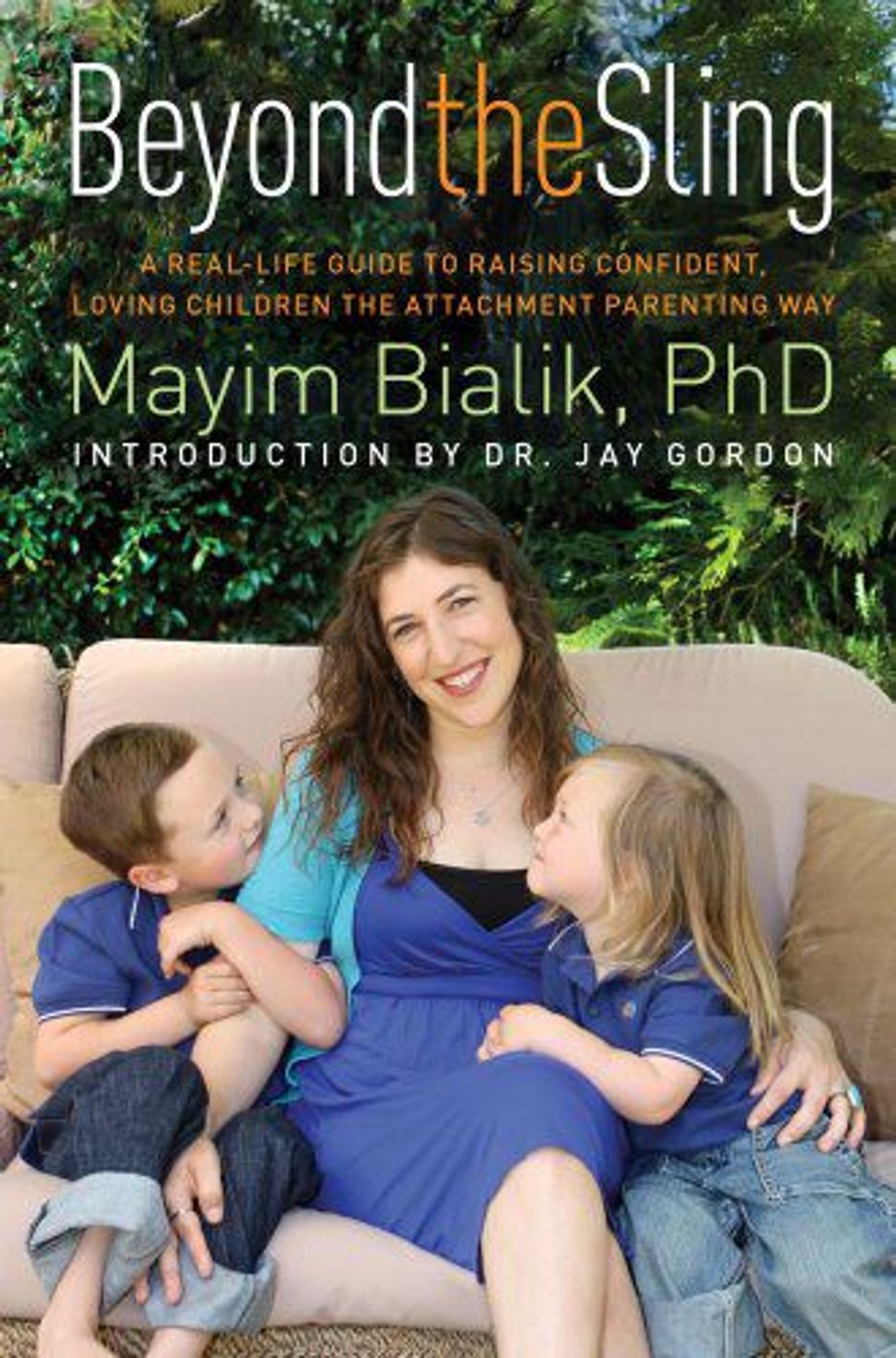 And, indeed, there is much that drew me to her book. For example, I like the idea of being part of a community of parents struggling with how not to bribe their kids. But there are also aspects of “Beyond the Sling” that pushed me away.

Bialik explains in her book that she achieves her high-touch, high-attention parenting without the nannies or babysitters or personal chefs that you might expect from a TV star. But the author seems oblivious to the fact that her version of attachment parenting requires families to forgo a second income and to have either one parent who works a flexible schedule (like her husband did when their children were young) or outside help. And she bypasses altogether the reality of single parenthood.

The actress suggests that people give up vacations or fancy cars to afford a stay-at-home parent. But for many families relying on one income would mean giving up the basics — like rent and health insurance. Even William and Martha Sears, the first people to popularize the decades-old attachment parenting movement, address the fact that some women have to work while their babies are young.

“Beyond the Sling” also advocates elimination communication, a parenting practice that involves keeping your child out of diapers from a few months of age by watching them intently and holding them over a receptacle at just the right time. While it certainly is possible to take your infant to the potty several times an hour while watching a toddler, I am not sure why it would be desirable or beneficial to either children or parents.

And when each of her children was born, Bialik did not leave her house for 40 days. This is possible when you have only one child, it becomes harder when you have two or three children. Who would pick them up from school (assuming again that one parent has to work so the other can stay home)? But, Bialik is actually against school, as she practices unschooling.

What bothers me about this approach is that it seems so thoroughly out of touch with how families live, what they want and need and the what cost to society would be if everyone adopted it.

My children enjoyed sleepovers with their grandparents and bonding with their entertaining teenage babysitters. I enjoyed seeing adults, spending uninterrupted time with my husband, working as a bio-statistician and being active my community. Parenting is a deeply important aspect of my life, but it is not the only one.