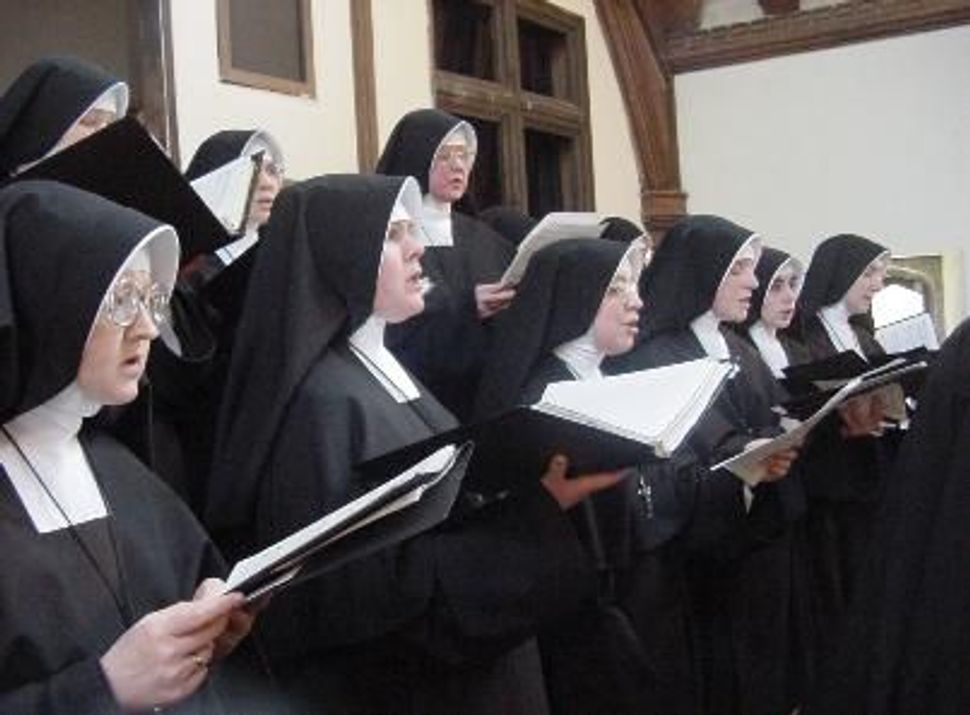 The Vatican crackdown on nuns in America has provided a fascinating window on gender, religion, and power — specifically, on how groups of women become scapegoat for religious conflicts. Reuters reported:

A prominent U.S. Catholic nuns group said Thursday that it was “stunned” that the Vatican reprimanded it for spending too much time on poverty and social-justice concerns and not enough on condemning abortion and gay marriage.

In a stinging report on Wednesday, the Vatican said the Leadership Conference of Women Religious had been “silent on the right to life” and had failed to make the “Biblical view of family life and human sexuality” a central plank in its agenda.

It also reprimanded American nuns for expressing positions on political issues that differed, at times, from views held by U.S. bishops. Public disagreement with the bishops — “who are the church’s authentic teachers of faith and morals” — is unacceptable, the report said.

When religions are literal, defined patriarchies, should we be surprised? Even though the church hierarchy has shown itself to be intractable on issues facing women — from ordination of women to the recent birth control debate — this one is raising a particular kind of outrage. Something about going after nuns seems beyond the pale. 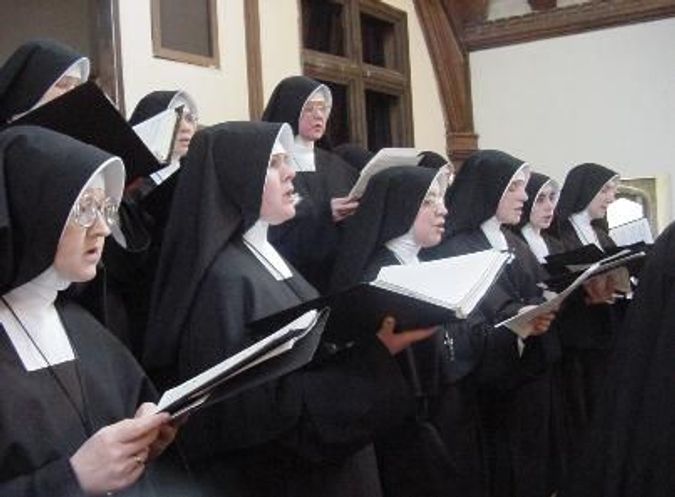 I’ve been fascinated by the anger this decision has aroused in the Catholic laity. In the New York Review of Books, Garry Wills argues, that the pope has taken a harder line against the nuns than he has to known anti-Semites: “None of the anti-Semitic ties of the Pius X crew matter to Rome, since that crew holds to the hard line against women priests, gay marriage, and contraception.”

Mostly, it appears that the nuns are being targeted because they can be targeted. Plain old churchgoing Catholics who don’t tow the Vatican line on these issues can’t be chastised in the same officially.

On the other hand, perhaps the nuns are a genuine threat to centralized power, particularly when they’re as feisty as these nuns interviewed by The Los Angeles Times:

“My conscience is supreme, not what somebody tells me,” said [Sister Jo’Ann] De Quattro.

Sister [Simone Campbell said this is all about a “clash of cultures” within the church. The male leaders live in a monarchy, while for decades, good sisters have lived in the real world, pursuing democratic principles in their service to the poor and their exploration of the new.

“Where was Jesus?” she asked. “Jesus was with the poor, with the marginalized, with the outcasts.”

“God did not make mistakes,” said [Sister] France White, who told me she believes people ought to be able to express their love for each other regardless of sexual orientation. As for birth control, she opined that “the methods the church says are acceptable don’t work.”

These nuns are relying on their own moral compasses and understanding of their faith to guide them — and it’s guiding them towards providing direct services to the poor and needy, and away from shaming women and gays. So far, so good.

As someone brought up in the Reform Jewish tradition, this seems totally logical to me. But it’s also true that that very personal sense of faith may also end up leading people away from the fold. This seems to be the biggest fear of conservative religious apologists, such as Ross Douthat: His new book slams figures like Oprah and Deepak Chopra, who advocate for “inner truth” instead of doctrinal truths.

It’s certainly also true that when people lower on the hierarchical totem pole start thinking and interpreting for themselves, it threatens the power structures, whether religious or secular. And women thinking for themselves is the biggest threat of all when those structures are predicated on male control of women.