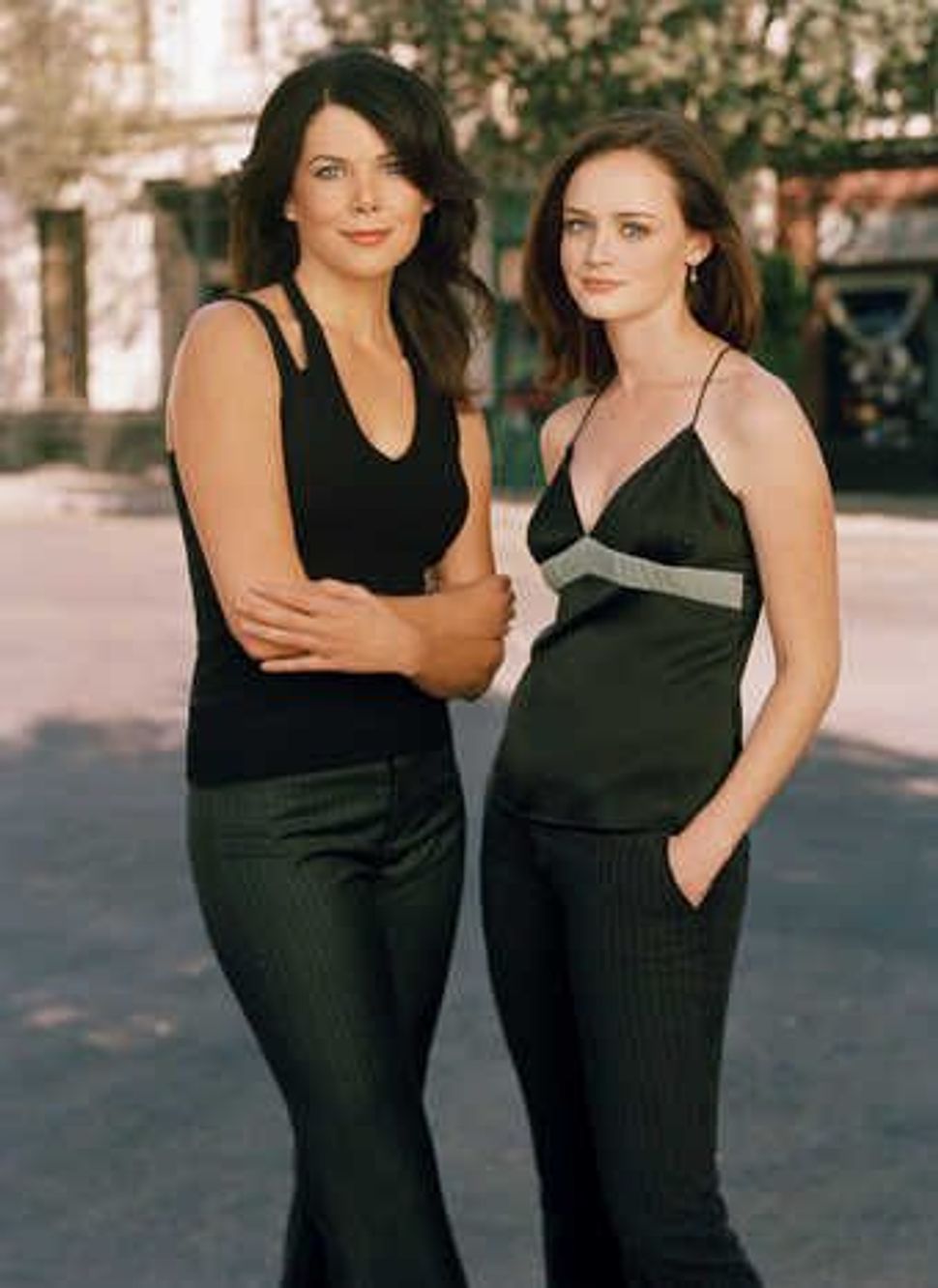 So it seems like if the much-hyped new HBO show “Girls” was really tapped into the zeitgeist it would be about a feisty foursome of best friends — made up of mothers and daughters. Yep, move over old college roommates and next-door neighbors, the growing bond between mothers and daughters is the latest and greatest in friendship trends among women.

In this week’s New York magazine, there is a piece by Paige Williams called “My Mom Is My BFF” all about chummy mummy-daughter combos And last week the Los Angeles Times had a piece about how older moms prefer the company of their daughters to that of their husbands.

Williams profiles mom Julie Blinkas and her daughter, Samantha. They sometimes don the same outfits and have been mistaken for lovers on their many trips abroad together. We also learn that Samantha’s teenage friends find Julie hot, but that it doesn’t seem to bother Samantha too much.

Julie is an operations executive, whose job involves a decent amount of travel. Julie’s husband prefers his couch and frozen pizza to exotic vacations, so Julie takes her daughter. Samantha is 19 and studying acting at NYU. Her parents rented an apartment in the village so that they can visit often.

Outside of the compelling profile of Julie and Samantha, Williams doesn’t provide a tremendous amount of evidence that their relationship is emblematic of a trend, rather than just an exception. As of now, this seems to be more a point of fascination for sociologists and reality TV producers, instead of an actual shift in parent-children relationships.

Williams sees in this kind of relationship parents who think that treating children as adults helps turn them into adults. If they succeed they get a wise, responsible kid — and a peer. She also suggests that in a youth-obsessed culture moms can shrink the age difference by looking and talking like their daughters. The old line “you’re sisters, right?” has never been so valuable or desired.

Deborah Carr, a Rutgers sociologist and co-author of “Making Up With Mom,” told Williams: “This moms generation—especially if they’re baby-boomers or Gen X—they’re such a part of this youth culture they don’t actually see themselves as the old mother.”

Maybe Samantha is stronger or more confident than I ever was, but when I was a teenager so much of my identity revolved around distinguishing myself from my family — largely, from my mother. Feeling misunderstood by my mom came with fighting and tears, but it also gave me the space to do what I now view as healthy self-exploration.

Eventually I came around to accepting our similarities and differences. But that period of psychological separation was crucial in giving me a chance to figure out who I was, on my own terms. If mom was bestie, or, worse, wore the same clothes as me, or, even worse, was consider sexy by my friends, I just don’t see how this could have happened.

This isn’t to say that I am advocating for a time of chilly distance between mothers and daughters, or that mothers should avoid confiding in their daughters or enjoying their companionship. Moms are people, too. I get it. And they should definitely get to enjoy the fruits of their (quite literal) labor.

But there is a difference between a mom who sometimes plays the friend role, and a mom who wants nothing more than to be her daughter’s equal. Not only is the “equal” relationship undermined by the difference in their life experience, it is also sending a message to the daughter that all older women want is to talk like, dress like, and hang out with teenagers.

On a less personal note, the last century has seen a lot of great creativity and change rooted in teenage rebellion. But if teenagers are so buddy-buddy with their parents, whom will they rebel against? Will they rebel at all? As a society, we have relied on our youth to slough off tired customs and expose hypocrisies. But I just can’t see this happening if everyone goes the way of Julie and Samantha.