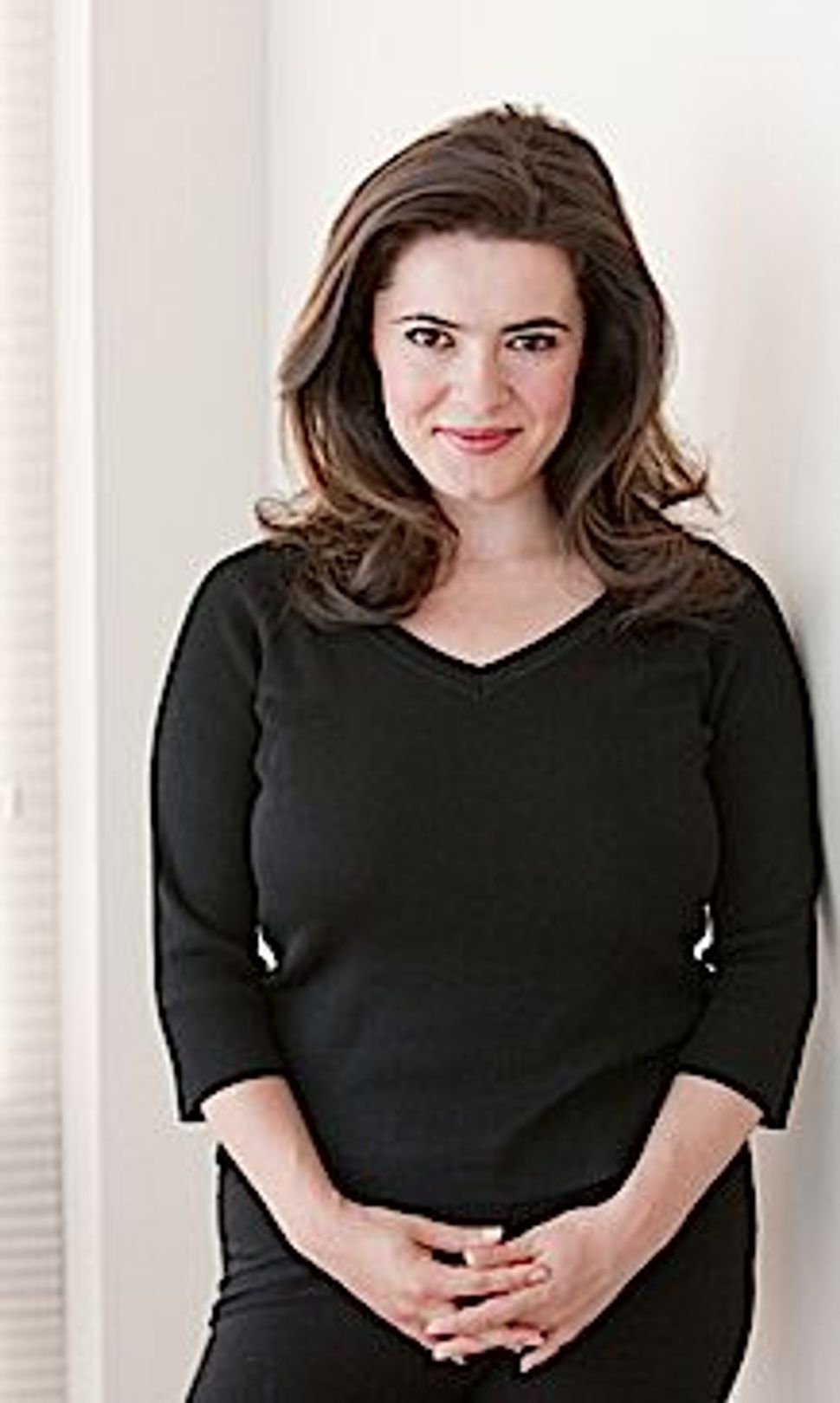 Mohr, 33, is also the co-creator of “The Women’s Seder Sourcebook” and “The Women’s Passover Companion,” and is the chair of the Jewish incubator program UpStart Bay Area.

She spoke recently with The Sisterhood’s Renee Ghert-Zand about how women can shut off their inner critic, build professional relationships and get the career that they’ve always wanted.

Renee Ghert-Zand: What made you decide to dedicate your career to women’s leadership?

Tara Sophia Mohr: I loved working in the Jewish community, and when I really reflected, I felt clear that that kind of work was not what I most wanted to do and felt called to do personally. I wanted to do something more creative and more entrepreneurial and more connected to being in the media. I love groups and speaking and performance. And there was my lifelong interest in women’s voices and personal growth and spirituality.

So what does ‘Playing Big’ mean?

My work has evolved to help women play bigger, which means to share their voice more fully, to tap into what they feel called to do in their work, and to not be run by their inner critic, not to be run by fear anymore.

During my first couple of years of coaching, I felt like I was working with all of these brilliant women. I don’t mean the old school definition of IQ, but rather that all of them had incredible talent in one area or another. They had a gift to share and important ideas and perspectives that would shape their industries and their fields if they could bring forth those ideas. Those women could not see or believe in their own brilliance, or of being worthy of being at the big table.

Your ‘10 Rules For Brilliant Women,’ written on the Huffington Post, garnered a lot of attention. How did you formulate these rules?

One day I had one of those brilliant women I just described in mind, and as I wrote my regular blog post, I had the idea that I just wanted to write the things that I wish this particular woman knew about herself. It was if I was looking her in the eye and shaking her by the shoulders, and telling her what I would lovingly want her to do. That’s how the 10 rules came out. It was all stuff ready to be said. I published it at the Huffington Post and it got incredible response on social media. That was almost two years ago now. Everyday now people still share it on Facebook and Twitter. It has a life of its own. I recently got an email from someone in Saudi Arabia who wants to translate it and share it there. It got me on the “Today” show.

How does what you teach about “playing big” apply to women working in the Jewish community?

There’s this feeling that if a man has chosen to do Jewish communal service work, then he already has special celebrity for having made that choice. I think there is some bias in the way men get promoted and in regard to salary. I saw this kind of pattern of women doing a lot of the detailed, behind-the-scenes work that makes the Jewish communal institutions run, and these more charismatic male figures in the more powerful positions on the organizational chart who are not working as hard.

I deal with women on how and with whom to share your voice strongly in the workplace as a woman without being perceived as threatening or creating an impact where you are seen as less likable and, therefore, you are less influential at work. I work with women on: How do you see yourself as the big idea person? How do you communicate your big ideas confidently? How do you become less sensitive to praise and criticism so that you are more free to share those ideas? I think those are key issues for strong women who are working in the Jewish community.