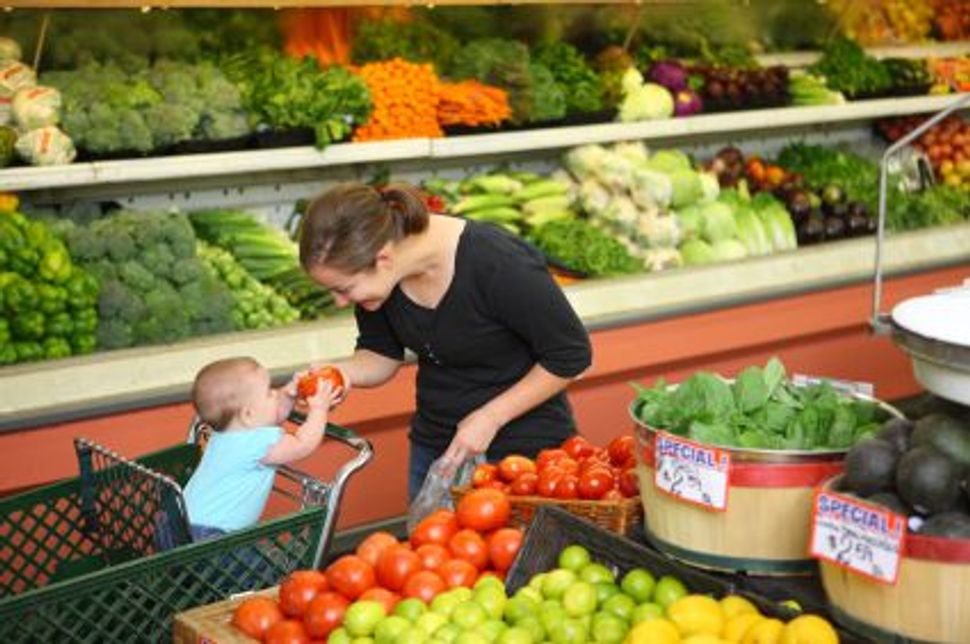 Even a trip to the supermarket can become a coo-fest. Image by istock

Grandmothers and more experienced mothers: You’re starting to scare me. I appreciate the constant cooing over my little girl, I do. But the nostalgia you regularly voice is worrisome.

My year-old daughter, Lila, and I are regularly stopped by women who identify themselves as having “older” or “grown” children, and most don’t sound so happy about it. More experienced mothers constantly urge me to “enjoy this time” with my baby — as if I’m not — always assuring me “it goes fast.” As you say these things, you sound either wistful or like you’re delivering a warning.

Is it adolescence that everyone has in mind, when I fully anticipate Lila’s being in full teenage-rebellion mode — mortified by my every comment and very existence? Or is it something else, something more enduring? Perhaps it varies by mother.

On a recent outing to the supermarket, Lila was wearing her eye-catching pink floral hat. “Take pictures,” a woman told me. “When she’s older, she’ll never believe she wore that. I know. I used to dress my kids in special clothes like that when they were younger, but now they’re teenagers.”

She looked unhappy as she said it — her voice betraying the sentiment of my own mother’s oft-repeated maxim: “Bigger kids, bigger problems.”

Upon seeing Lila, a grandmother we often bump into in our neighborhood talks about her grandson. Apparently, he was a few years behind me in college. Standing before me, his mother – who also lives nearby – seems lost in her memories, recalling how she stayed home to raise her two sons. It sounds like those were cherished days.

Truth is, some of you sound almost heartbroken.

Perhaps it’s the general separation or the realization that your child doesn’t need you as much as they once did. Or maybe you are reflecting on hardships your child has endured — things you never foresaw when they were babies.

I understand that, one day, I won’t be the center of my daughter’s world. Lila will have friends, personal interests, and even (hopefully) a spouse. But if she needs me less, I think that’s a good thing. So, while I cherish our daily routines, I hope they help mold a daughter who stays in touch with her family out of love, but is confident and independent enough to venture out fully into the world. If you already have that with your child, please celebrate your victory. Just as I should enjoy this portion of my child’s life, I think you should enjoy this stage, wherever in life that may be.