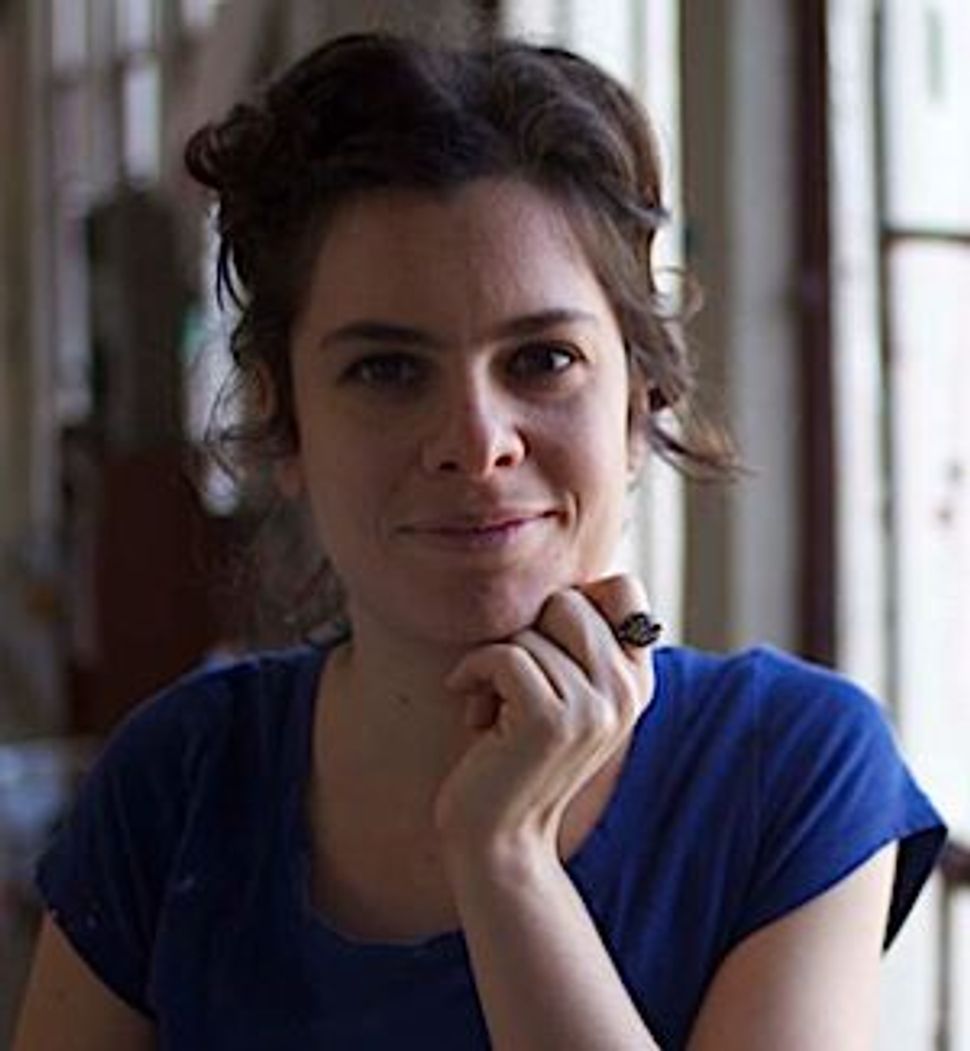 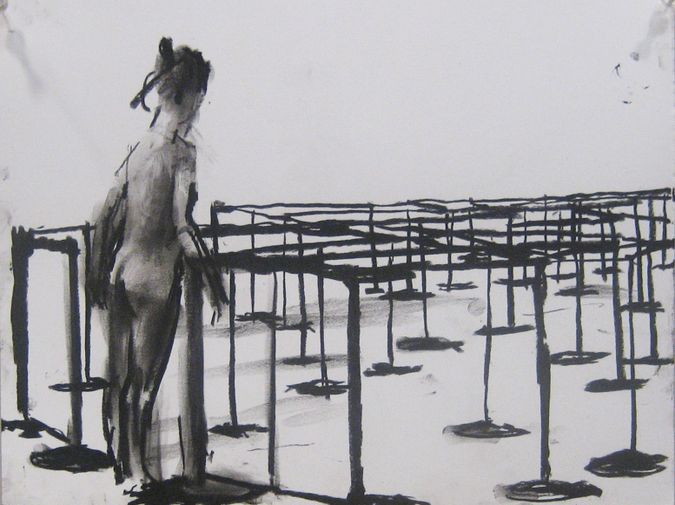 Gabrielle Birkner: Why did you decide to set this series inside an airport?

Tirtzah Bassel: I’ve been interested in spaces that dictate a particular type of movement or choreography — in particular ones that involve physical contact between people or between a person and the space. The airport is one of these places, along with subways, hairdressers, cafés and [public] bathrooms that I have been exploring recently in my work. Perhaps at the core is my attempt to approach the banality, apathy or loneliness that is often experienced in these spaces, and to look at how we create or experience intimacy within them.

In what ways — besides the pat-downs — are airports intimate spaces?

I wouldn’t say that airports are intimate spaces, but they do inform the ways in which we experience intimacy in them. My starting point for this project was the security pat-down, which is a series of gestures that in a different place would take on completely different meanings. As I was developing TSA Chapel I spent some time at JFK Airport just observing, and I became interested in the idea of waiting. As they wait, many people, myself included, will almost immediately reach for the solace of the smartphone. Partly this comes from our expectation to constantly be stimulated, as well as a need to feel somewhat in control even as we are at the mercy of a bureaucratic system. But it is also often the most immediate source of intimacy available to us in that space.

Intimate, I get. But sacred? Tell me about the chapel setting.

In some ways a chapel is the complete opposite of the airport. But in other ways I think they speak to each other’s deepest desires. The chapel yearns to be a central and relevant destination of contemporary life. The airport longs for the technological advancement coursing through its veins to correspond to some kind of inner transformation. TSA Chapel creates a space for the encounter between them.

Has your Orthodox upbringing influenced your work — and, if so, how?

I grew up with a lot of creative people. There is a lot of art in my family, but I didn’t know any professional artists. At the point when I started studying painting and drawing, that was first time I met people who did this for a living. 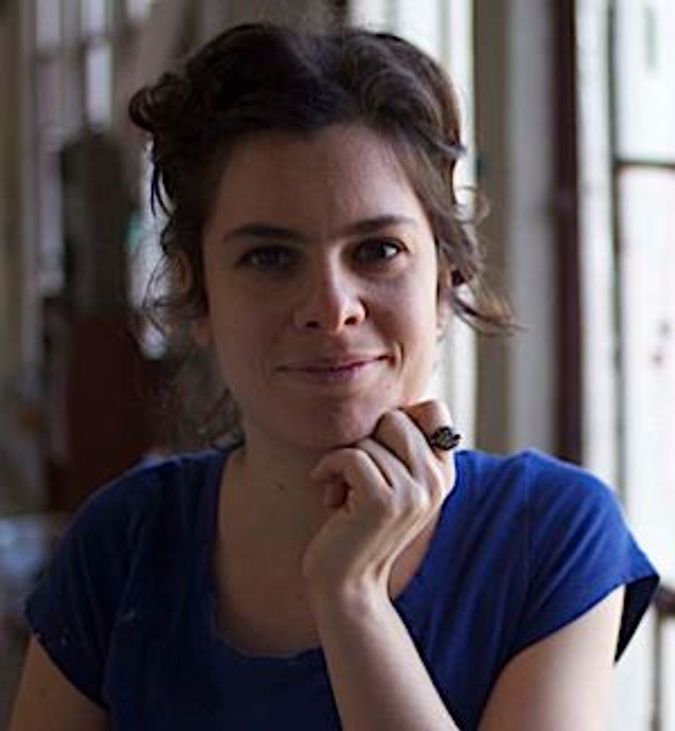 At the time I was studying social work at Hebrew University, and had been working with kids from broken homes and rough neighborhoods. I had a real sense of fulfillment with this work, and thought I could do that as a career, until I took my first drawing class. That was a transformative moment for me. I was 22, and taking social work in the morning and art in the evening. It was a crazy time in Jerusalem, there were a lot of terrorist attacks, and it adds a real intensity to living. It makes you realize that you should be doing what you really want to be doing.

I wouldn’t have said this at the time, but now it is clear to me that the environment I chose to study art in was very intense, very all-encompassing, and there was a heavy emphasis on traditional techniques and a rich and complex relationship with the past.

I think part of why that appealed to me is because I was attracted to a system that was as all-encompassing and focused on the past as the Orthodox world. I have since moved away from that orthodoxy of painting and Orthodox Judaism, but at that moment of my life it was an entry point.

I want to continue to explore the structure of the chapel, as well as the structure of other ritual spaces. And as far as subject matter — the airport, the subway, the barbershop, the reciprocal relationship between people and their electronic devices — I feel there is still much for me to explore here.