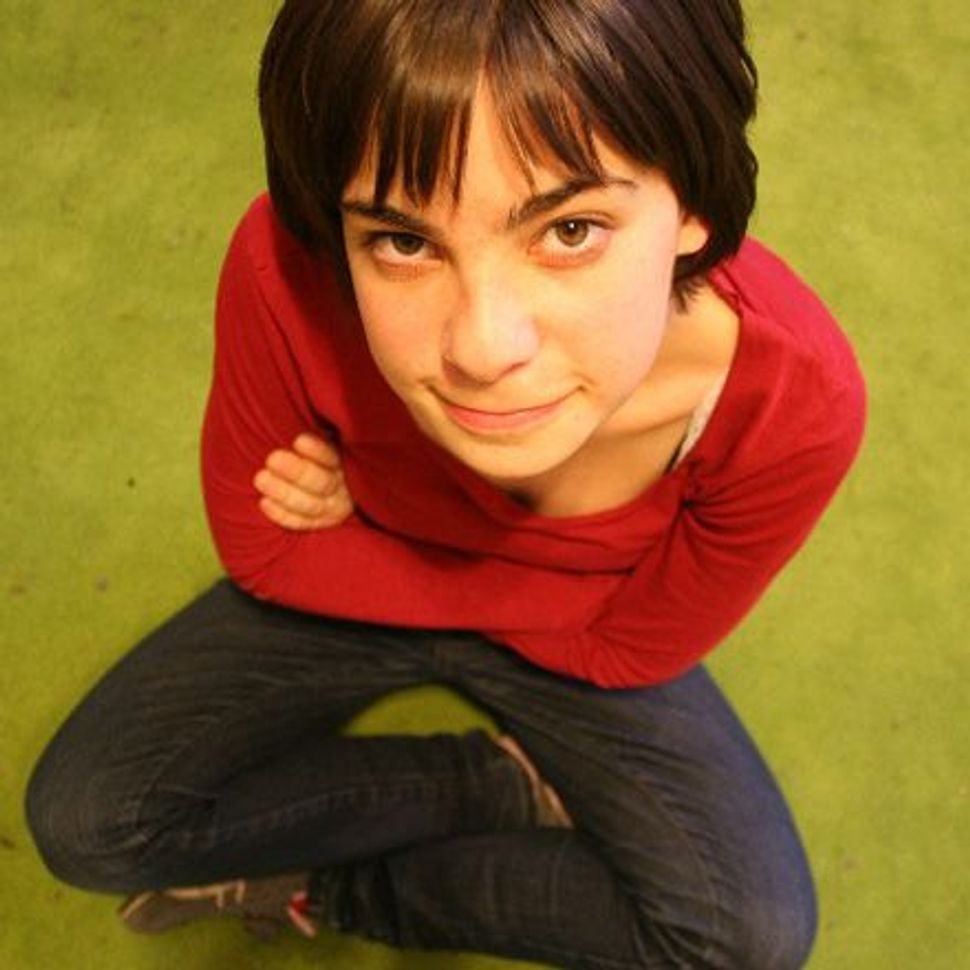 It’s Yentl for the 21st century. A female reporter from The New York Observer’s tech blog, BetaBeat, snuck into Sunday’s ultra-Orthodox, men-only rally against the dangers of the Internet by dressing up — apparently rather convincingly — as a man.

Adrianne Jeffries bought a pair of cheap loafers at Payless, borrowed her brother’s white dress shirt, black pants and striped rep tie and borrowed a kippah before heading to Citi Field, where some 40,000 Haredi men gathered to listen to some of this generation’s leading Torah sages inveigh against the dangers of going online.

“I have short hair already, so I didn’t do anything in addition to wearing men’s clothing and men’s shoes. I did tape my chest down a bit with duct tape and tried, not that successfully, to deepen my voice,” she wrote in an email to The Sisterhood.

She didn’t find a hunky love interest at the rally, as Barbra Streisand-as-Yentl did with Mandy Patinkin’s character, Avigdor, in the 1983 movie based on an Isaac Bashevis Singer story chronicling a young woman’s journey into drag as she tries to infiltrate the male-only world of the yeshiva.

But Jeffries did find men interested in making her acquaintance. Her plan had been “to keep my eyes down and my mouth shut, or pretend to talk on my cell phone,” so that her woman’s voice wouldn’t give her away.

Yet even before making her way to a seat, an elderly rabbi “with long gray hair reached out his hand and started pumping my arm up and down. ‘What brings you here?’ he asked.”

She wrote, “I had not prepared a backstory at all. Maybe I could be a tourist, who spoke another language that no one would know? … ’Personal interest,’ I answered. The rabbi smiled. And kept asking me questions.”

She managed to melt back into the crowd without blowing her cover, and had a friend texting her translations of some of the key phrases mentioned during some Yiddish-language speeches.

Jeffries, whose mother is Jewish, whose father isn’t and who was raised secular (her response when asked if she’s Jewish) had never before had such a close encounter of the Haredi kind. Her undercover foray gave her an intro into some of the frum community’s dynamics, as she found men at the rally friendly and jokey. And before she could return home, a Hasid collecting donations for a hunger-related cause hit her up for money, promising, as she demurred, “You’ll be a big donor one day, young man.”