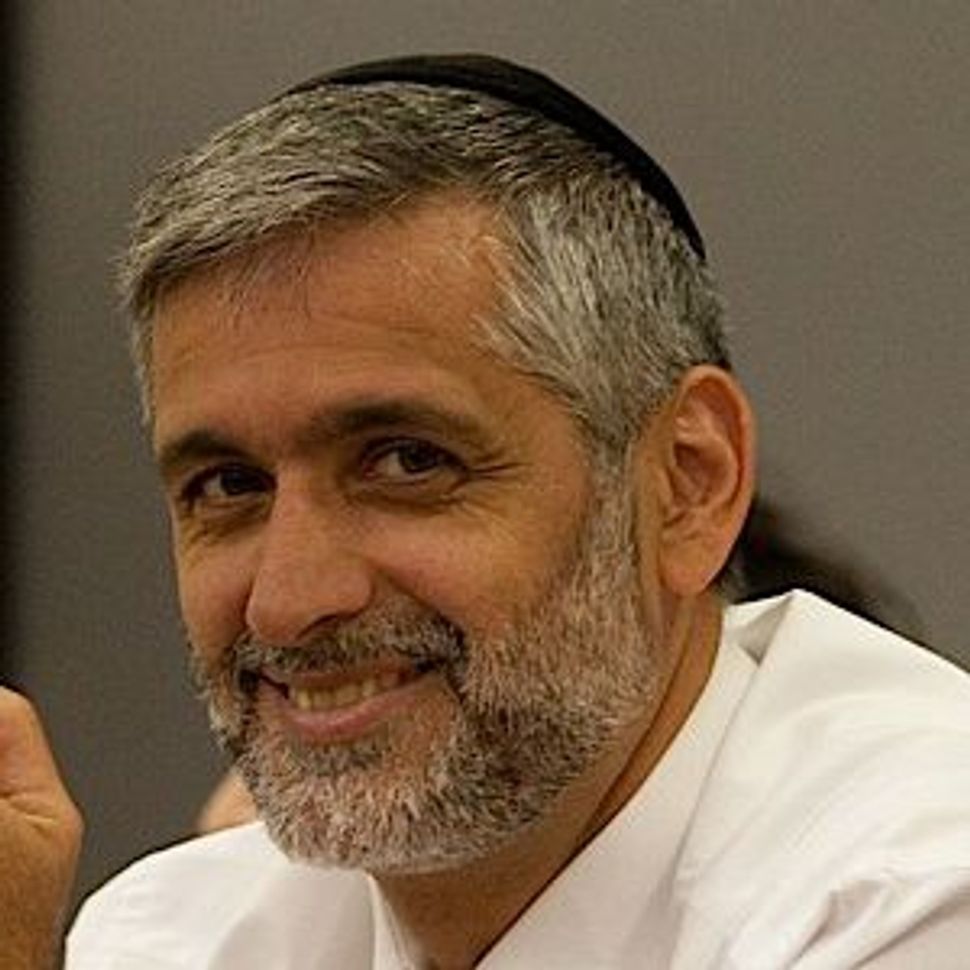 It never ceases to amaze me how some so-called leaders will use women’s issues to advance their own agendas that have nothing to do with women. The overtly racist statements coming from the Shas government minister Eli Yishai last week in light of a Tel Aviv rape case were particularly troubling.

When the police arrested four Sudanese and Eritrean men last week on suspicion of raping a woman in Tel Aviv, some Israelis took this as an opportunity to indict the entire community of refugees that is concentrated in South Tel Aviv. I listened in horror to radio interviews with Tel Aviv residents talking about “those people” who have “taken over” the otherwise “normal” Tel Aviv — using language that is painfully reminiscent of my Orthodox Brooklyn upbringing, when we were expressly taught to cross to the other side of the street if we saw black men walking in our direction. For these sentiments to be reinforced in the year 2012 by a government official is particularly troubling.

Yishai said, in response to the rape, “Most African migrants in Israel are involved in criminal activity and should be imprisoned and deported.” As if to say, all the black folks in Tel Aviv are really just rapists, thieves, murderers, whatever. These statements give legitimacy to racism and may lead to criminal acts, like those that took place recently against asylum seekers,” said Michal Pinchuk, director of the Aid Organization for Refugees and Asylum Seekers in Israel (ASSAF). Indeed.

I would like to remind Mr. Yishai that an estimated 40,000 Israeli women a year are victims of sexual assault in Israel, according to the Association of Rape Crisis Centers in Israel — including, by the way, the victims of former president Moshe Katsav. (Meanwhile, Katsav’s protégé, Kiryat Malachi Mayor Motti Malka, was also recently arrested on rape charges.) According to Yishai’s logic, perhaps all Kiryat Malachi politicians should be rounded up and deported.

I don’t understand how Yishai, a man who supposedly cares so much about discrimination against Sephardim in Israel, can make such outrageously racist statements against Africans.

Yishai’s statement also makes me wonder why, of all these 40,000 victims of sexual violence, he only cares about one — that is, the one who pointed to African suspects. In fact, if Yishai might have also noted that many of the African refugees are victims as well. The Knesset has been talking for two years about how many of the refugees have fallen into traps of sex traffickers. Some of us are still waiting for Yishai to speak out on behalf of those women, instead of grouping them all as criminals.

All I can say now is that I really do hope elections come sooner rather than later, and that the next government is led by people who actually have a clear and inspiring vision for Israeli society. Right now, the absence of one threatens to send Israeli society backwards by a generation or two and cause irreparable harm to some of the most vulnerable people in society.