Are You There Judy Blume? 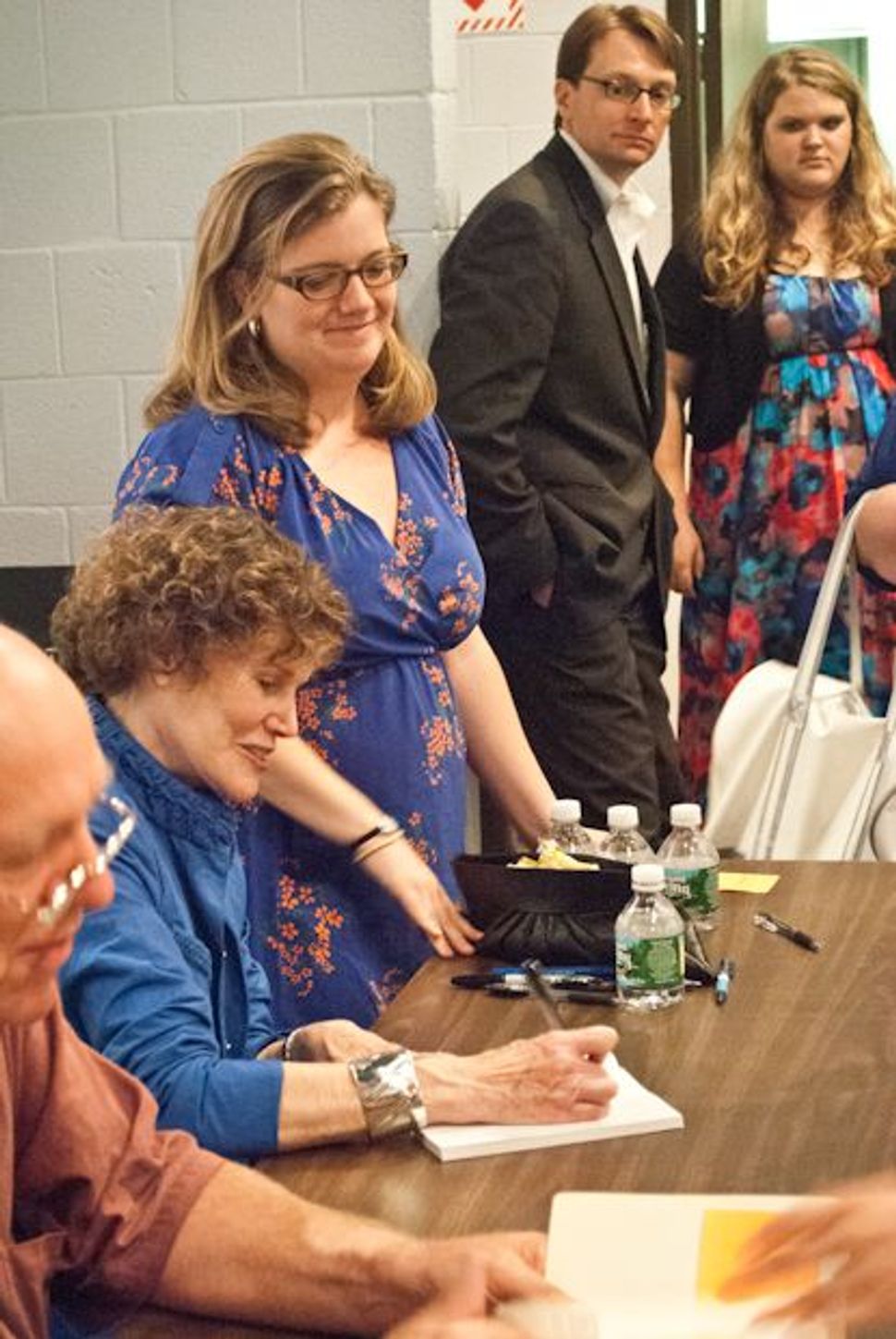 If you’re anything like me — and millions of other Americans — then Judy Blume was as much a part of your childhood as Trapper Keepers and summer camp. (Ok, so I was a child of the 80’s and I didn’t even go to camp, but you get the point). Rereading Are You There God? It’s Me Margaret recently for the first time in nearly 20 years, I was struck by how much of the book had stayed with me, and how formative and important it had been to read a frank account of being a preteen girl in America. But even more than that I was surprised that I had completely forgotten the other major plot point of the book: a half-Jewish girl’s quest to choose a religion.

My mom uncovered our tattered 1986 edition from my childhood bookshelf so I could reread it on the bus to Hartford, where I went to hear Judy Blume (née Sussman) speak recently. The 74-year old author of over 25 books was doing a Q+A at the University of Hartford as a fundraiser for the Mark Twain House & Museum (another author who, like herself, has been the victim of censorship and book banning). 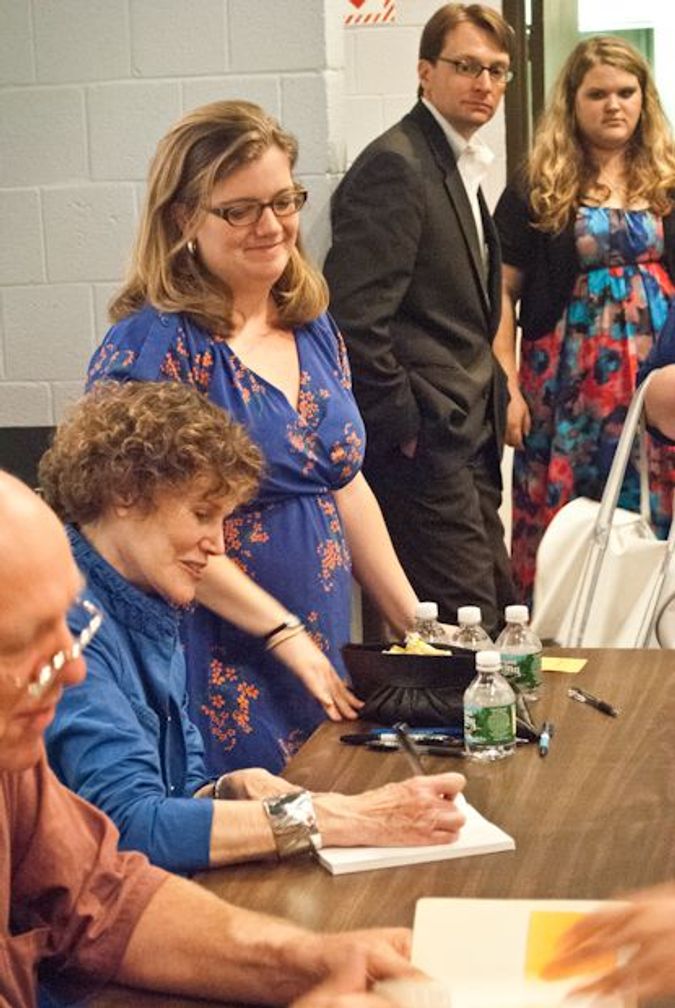 I was giddy to see one of my favorite childhood authors in person, and nearly as excited for the impetus to revisit a book that had been so near and dear to me. Julia Pistell the moderator — and, full disclosure, a good friend of mine — reread every single one of Blume’s books in preparation for the event and blogged about the experience here.

For those who need a little refresher, the main character in Are You There God? is half-Jewish and raised in a non-religious household. Her Christian maternal grandparents essentially disowned her mother over the intermarriage, and her paternal grandmother is the classic Jewish bubbe, overbearing in her love.

The family moves from New York City to suburban New Jersey and for the first time, Margaret is confronted with questions of religion: her new friends want to know if she goes to Sunday school or Hebrew school, the YMCA or the JCC. Although Margaret quietly and secretly speaks to god every night, she was always told she could choose her own religion when she grows up and decides to embark on that journey at age 12.

She is flummoxed to find that she doesn’t feel a connection to any particular religion: “Are you there, God? It’s me, Margaret. I’ve been looking for you, God. I looked in temple. I looked in church. And today I looked for you when I wanted to confess. But you weren’t there. I didn’t feel you at all. Not the way I do when I talk to you at night. Why, God? Why do I only feel you when I’m alone?”

At the talk, Blume revealed the various autobiographical elements of the book. Although she is fully Jewish, her grandson is half and she wrote the book in part out of curiosity about what he might be going through. And at the same time she admitted to “a very strong personal connection to Margaret.” Blume recounted how she would pray every night in an attempt to bargain with god, promising to do things in exchange for her father’s health and safety. Blume is a self-proclaimed daddy’s girl.

Many of Blume’s other books deal with Judaism as well, in ways that I didn’t remember. Sally J. Freedman Herself is about a young girl just after World War II who is convinced that she sees Hitler in Miami Beach pretending to be an old Jewish Man. Blume herself was seven when the war ended and says that, as you might imagine, it had a huge influence on her childhood.

Judaism didn’t come up much during the talk until questions from the audience at the end. A little boy asked, in adorable and barely comprehensible English, if Blume had been Bat Mitzvahed. She explained that when she was growing up girls didn’t have Bat Mitzvahs. But she went to plenty of Bar Mitzvahs, she said, recalling how everyone had one dress that they wore to every event for the entire party season.

The talk attracted a large crowd of people of all ages who had grown up reading Judy Blume’s books, and it was clear from the thoughtful questions and long line of folks waiting to have books signed what an impact she’s had on her readers. Blume, as gracious and warm as you’d hope she would be, signed every single book even though it took what seemed like hours.

The next day Blume was off to the Nantucket Film Festival, where a movie adaptation of her 1981 novel Tiger Eyes, which is directed by her son Lawrence Blume, was being screened. Although she didn’t speak about any future book projects, I got the sense that she is the kind of person who never sits still and always has something cooking. In the meantime, I plan to continue re-reading her classics, which are just as resonant today as they were 30 years ago.

Are You There Judy Blume?