The Woman Behind the Strip Club ‘Pole Tax’ 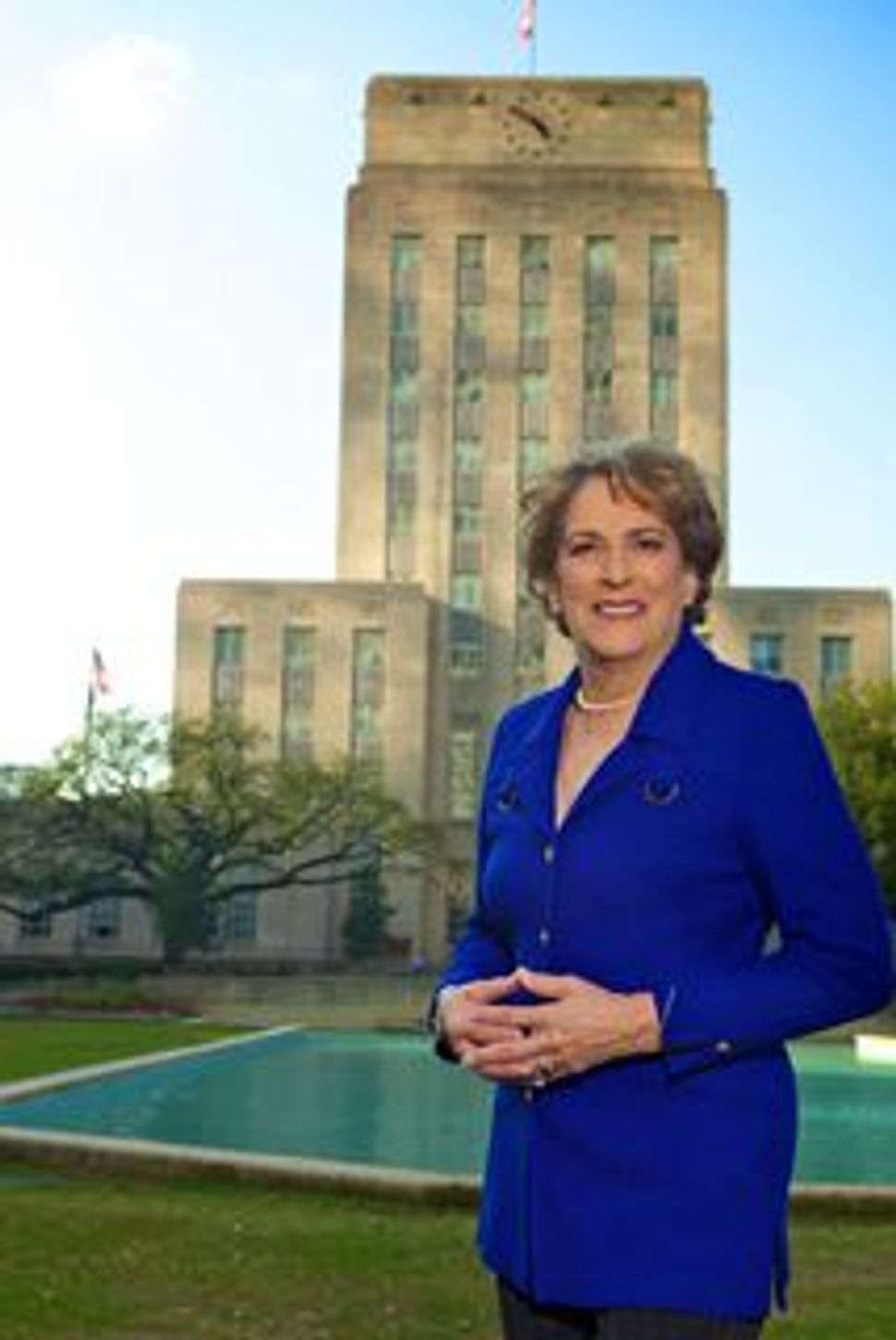 Winking headlines about “pole taxes” followed June’s enactment of a Houston ordinance that taxes strip club patrons $5 apiece. But the intent behind the law couldn’t be more serious; proceeds will fund the processing of more than 6,000 rape kits backlogged in police refrigerators. 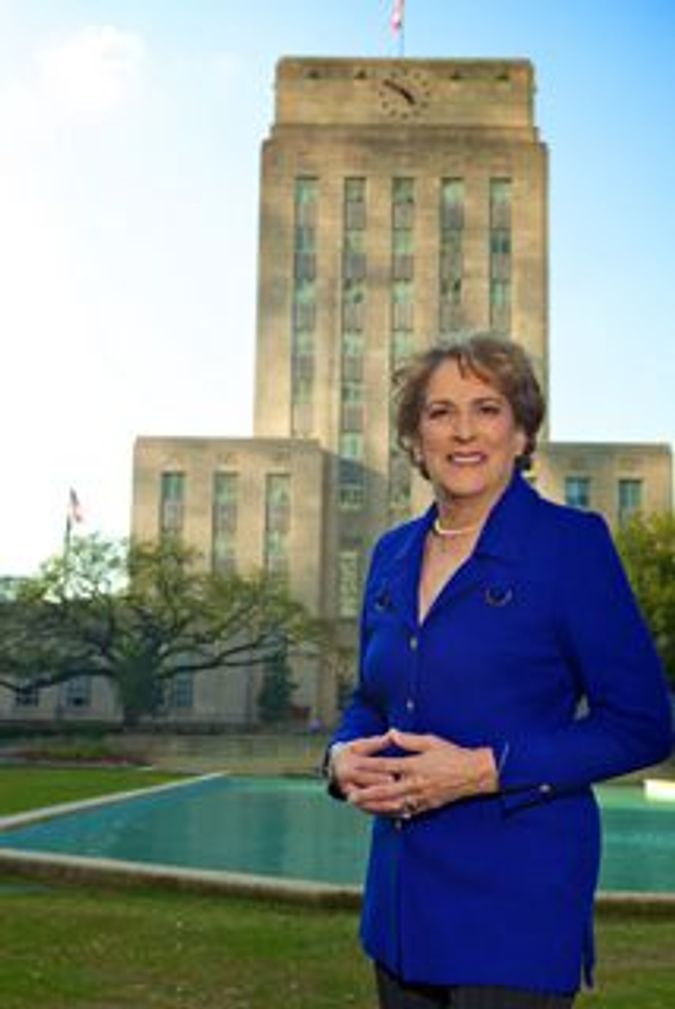 For the legislator behind the law, Houston City Council member Ellen Cohen, its passage was just the latest in a long list of achievements around women’s issues. Before joining the Texas House of Representatives in 2006, Cohen ran the Houston Area Women’s Center — which dedicates itself to eradicating domestic and sexual violence — for 18 years. As a state legislator, she wrote and passed the pole tax predecessor, a statewide adult entertainment fee aimed at raising funds to support survivors of sexual assault. In 2011, Cohen joined the Houston City Council.

Michael Kaminer caught up with Cohen by e-mail from her Houston office.

KAMINER: Even though the Houston ordinance is now making news, you had sponsored a 2007 state law that levied $5 per strip club visitor. As you’ve brought sexual violence and women’s issues to the forefront, what’s been the general response from colleagues and constituents?

COHEN: As evidenced by the nearly unanimous vote passing the ordinance, my colleagues have been very supportive. The backlog of untested rape kits is an issue that many council members have been passionate about, and the same is true of my constituents. The important thing to remember is that these rape kits represent people. Thousands of women, men and children suffered one of the worst things you can go through and then had to endure the indignity of a rape kit. It is unforgivable to allow those kits to sit on a shelf somewhere, untested, and that is why I championed this ordinance.

Was this the first time anyone had addressed that particular problem? If you hadn’t proposed this law, would the 6,000 rape kits have languished in a refrigerator forever?

Maybe not forever, but certainly for an unspecified amount of time. Elected officials from all levels of government — national, state and local — have worked to address the issue, which isn’t just a problem in Houston, but a national epidemic; however, with such an astounding number of kits that need to be tested, there has been no comprehensive solution. What makes this ordinance different is that it creates a revenue stream that can only be used to deal with the backlog. And once the backlog is cleared, the money will be used to test the nearly 1,000 new rape kits that the Houston Police Department receives every year. Doing this sends the message that not only will the testing of rape kits remain a priority, but so will catching the individuals who commit these horrendous crimes.

One story on the new law quoted a University of Texas at Austin study refuting a link between strip clubs and sexual violence. How would you respond?

Actually, the study says that while the results are not conclusive, an exhaustive review of the literature demonstrates that there is a connection between sexually oriented businesses, alcohol and the victimization and perpetration of sexual violence. It “aids beliefs and behaviors supported by perpetrators that promote aggression.” The fact is that the Supreme Court has repeatedly recognized that there are negative secondary effects associated with adult entertainment establishments, and the Texas Supreme Court has upheld the validity of this type of ordinance.

Have responses differed across gender lines to this law and to your work in general?

No, not at all. Everyone understands that crimes can be solved if forensic tests are done and that has a universal appeal. How did the industry respond to the new law? A lawyer for the clubs implied to The Wall Street Journal that you’re unfairly targeting “nice, high-end gentlemen’s clubs.”

While some in the industry will pay the fee voluntarily, others have threatened to flood the city with lawsuits. But threats of litigation should not prevent a city from enacting sound policy, and in this instance I’m proud to say it didn’t. As far as who must comply with the ordinance, it applies to all establishments that have nude or semi-nude dancing and alcohol, high-end or not.

Do you think strip club patrons are aware of where the tax is going? How do you think the tax will affect that industry, which seems to be a big one in Houston?

Particular attention has been paid to this ordinance in the media because it involves what some see as a salacious topic. I think those who’ve followed the passage of the ordinance are aware of where the funds are going; however because $5 is a minimal amount, I suspect most patrons won’t be aware of it, and for the same reason it will have little effect on the industry.

You were executive director of the American Jewish Committee in the 1980s. How does your background in Jewish advocacy color your work as a legislator?

My faith has always helped guide me. It’s made me appreciate the value of working for social justice and equality and doing what I can to help repair the world.

Along with your other legislative accomplishments, you co-wrote the bill creating the Texas Holocaust and Genocide Commission. Can you tell us about that?

That idea was generated from a group of people interested in the cause, including my friend, Holocaust survivor Chaja Verveer. We wanted to ensure that educators in Texas had the guidance and resources necessary to teach children the lessons of the Holocaust and other contemporary genocides. I asked one of my most conservative colleagues, Rep. Warren Chisum, to co-sponsor the bill. I saw it as an opportunity to work on an issue that we could all agree was important, and I was pleased that it passed unanimously in both the Texas House of Representatives and the Texas Senate.

What’s next for you? Do you have your eye on the mayor’s office?

Right now I’m simply focused on serving my district. What I love about being a City Council member is the connection and closeness I feel to my constituents. From potholes to public safety, I know my work affects the lives of everyday Houstonians, and I take that very seriously. It’s an honor and privilege to serve the 190,000 residents of District C.

The Woman Behind the Strip Club ‘Pole Tax’