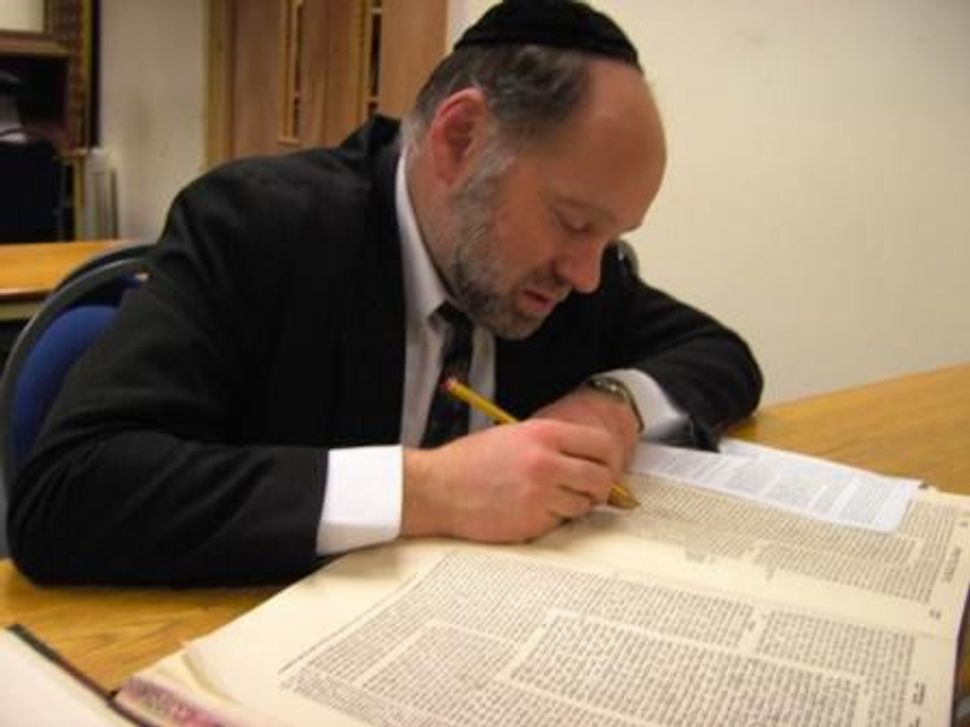 Is the Talmud still for men only? Image by Wikimedia Commons

There will be lots of women at the big Siyum HaShas — which is the celebration of the completion of the daily study of the entire Talmud, which takes about 7½ years — on Wednesday evening. But they’ll be hidden behind a 25-foot high mechitzah, being installed at MetLife Stadium in New Jersey at a cost of $250,000. Agudath Israel of America, organizer of this mega-event, which some 92,000 people will attend, says that, at 2.5 linear miles, it’s the longest mechitzah in the world.

There will also be women at the smaller Siyum HaShas being organized by Rabbi Dov Linzer, the rosh yeshiva of “open Orthodox” rabbinical school Yeshivat Chovevei Torah. At that siyum, which will be held on August 6th at Congregation Shearith Israel on Manhattan’s Upper West Side, women will be at the evening of learning and celebration not only as full participants, but also as teachers.

The video on the main website for the larger Siyum HaShas, called “My Siyum.com,” is done in the melodramatic, slightly over-the-top style preferred by the Haredi community. It shows Julie Cohen sitting beside her husband, Steven Cohen, and nodding encouragingly as he struggles through the concluding lines of the Talmud.

On the ‘siyum profiles’ page it shows four people who have been learning Jewish texts, two women and two men. We should be grateful that they’ve showed women at all, I guess, since it is the Haredi communities that have doctored newspaper photos to artificially “tzniusize” the girls and women in them, as in this recent example from The Five Towns Jewish Times and Yiddish paper Der Tzitung, which removed Hillary Clinton from the White House Situation Room the night Osama bin Laden was killed.

On the one hand, it’s kind of sweet that the Agudah’s website shows appreciation for women who are partners in their husband’s learning by handling the needed household responsibilities that enable him to spend more than an hour each day studying Talmud. On the other, it seems insulting that women are depicted as studying just these topics. Why is there an implicit assumption — made explicit in these videos — that women only have the intellectual capacity to read books (not even the Talmud itself) on these “female topics,’ or to be “the woman behind the man” and not engage in serious Jewish learning of classical texts themselves?

Is it deluded of me to still think it possible to be a strictly Orthodox Jewish woman and yet use your noodle for something besides making noodle kugel?