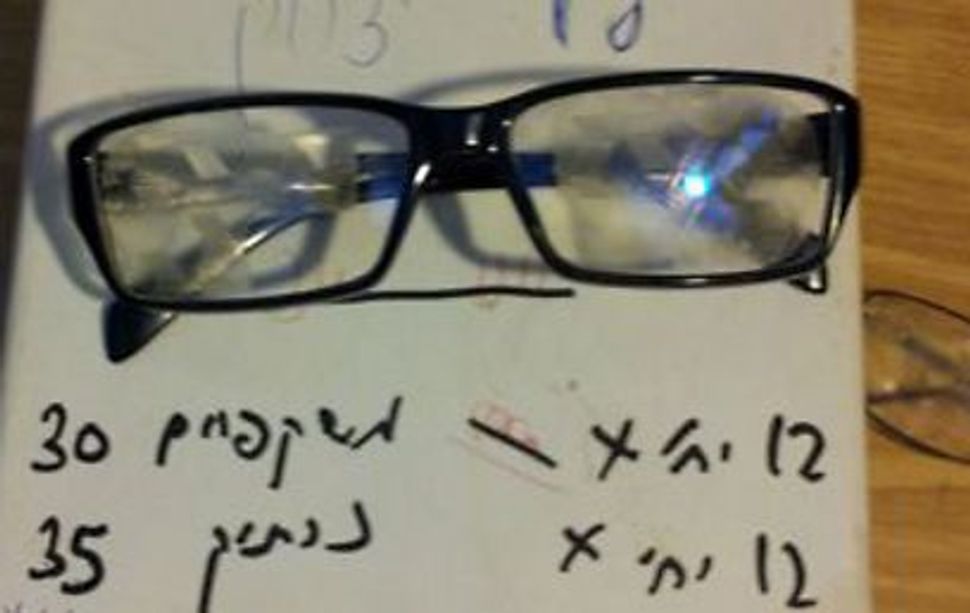 It’s not a joke, although it certainly seems like one.

In some ultra-Orthodox communities in Israel, shops are now selling eye glasses with lenses that intentionally blur whatever the wearer is looking at, the web site ynet reports.

The goal is to allow men to walk through their neighborhoods without having to risk getting a good look at immodestly clad women.

Entrepreneurs obtained a patent for glasses with blurry lenses for a mere 25 NIS, or a little more than $6, the site reports. Shops in Israeli communities such as Meah Shearim are also hawking removable stickers that can be affixed to prescription glasses to achieve the same goal.

Why a person who needs corrective lenses wouldn’t choose to simply remove their glasses to avoid seeing women dressed is perhaps a mystery only understood by that community.

The glasses are designed for situations in which a man might be required to go where women might be present. This problem is often avoided within those communities, either by having men and women walk in separate areas, or forcing women to dress according to the community’s extremely modest standards.

Should the situation arise, however, where a woman might be in the vicinity, a man may simply grab his glasses, put them on, and hurry on his way.

The glasses are equipped with slits at the bottom that allow the user to walk without tripping, according to vosizneias.com.

One Israeli woman who heard of the fad facetiously expressed her hope that the glasses would result in men walking into women. That, in turn, would “lead to mixed dancing.” One can only hope.