Saying Goodbye, With or Without Belief 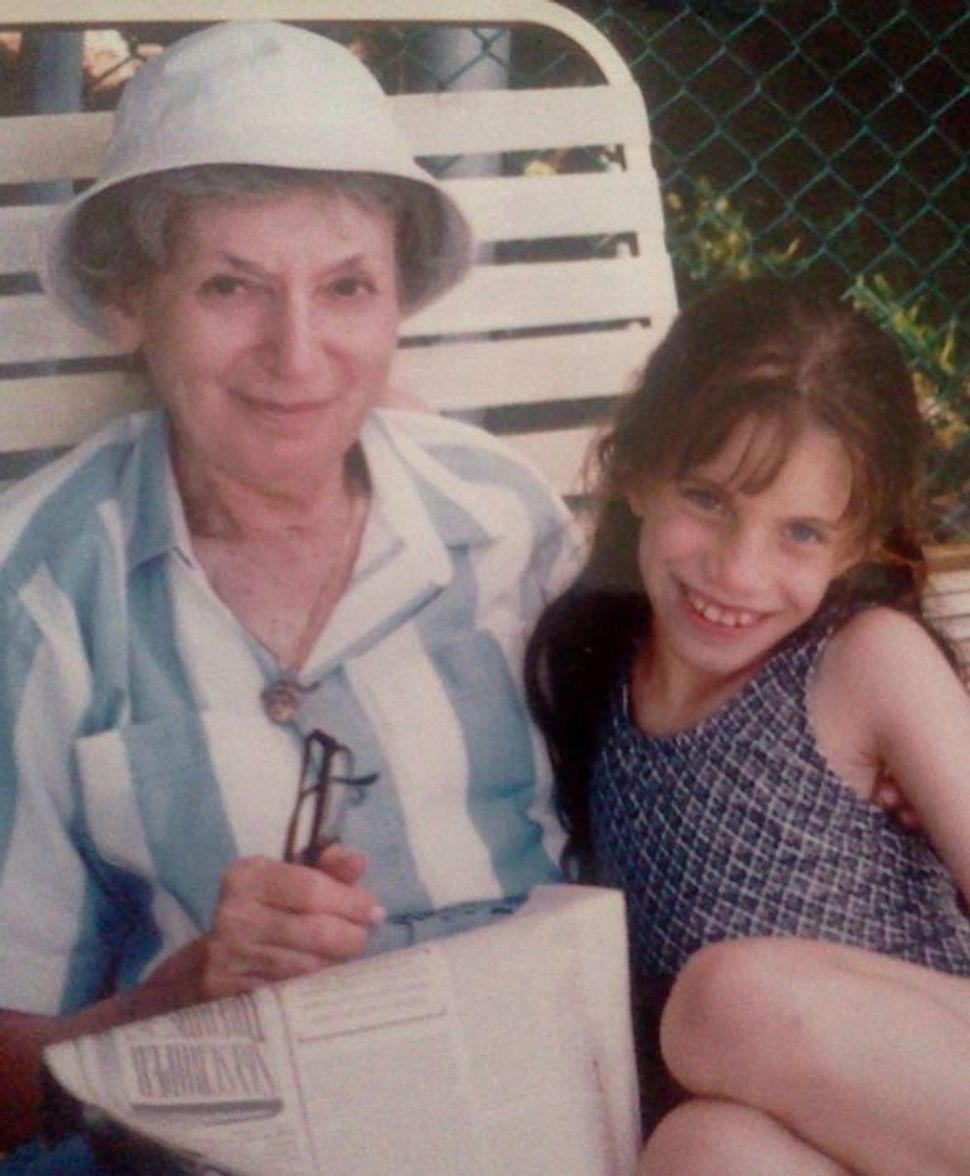 Earlier this summer, after we finished sitting shiva for my grandmother, I sifted through her top drawer. This was the drawer she herself had frequently rummaged through when I would visit her apartment, either to attempt to press cab fare into my hand, or to show me a pin or scarf that would be mine someday, or in the last year or so, to give one of these things to me or my mother, to unburden herself. So that afternoon in the almost-empty apartment, I thought I knew what I would find: her phi beta kappa pin, her necklace with the head of medusa on it (my grandmother loved mythology), her pearls and wedding ring, an old locket my family had given her after her sister died, and other sentimental trinkets that might make me laugh, nod and cry.

But when I opened one box, I found something I hadn’t expected: two black mourning ribbons, torn and faded but identical to the ribbons we were wearing that weekend for her, the ones the rabbi had instructed us to cut and put next to our hearts in the tearful moments before her funeral began. I assume my grandmother’s old ribbons marked the deaths of her sister and her husband, though we’ll never know for sure. It was a sad but fitting moment of connection, affirming that she had gone through the same ritualized period of lament that we were in the midst of — and that the experience had meant so much to her that she’d put the sad scraps of fabric in the same place she kept her precious treasures and totems.

Jewish death rituals seem pedestrian, maybe even stressful. When in the course of three agonizing days we rip into the mourning badges (or tear our clothes), say our public farewells, and shovel dirt onto the coffins of those we love, we are anything but poetic; we are plainly and publicly affirming both someone’s gone-ness as well as our own sorrow. We make no nod to an afterlife or any silver lining in our bereavement. There are only these customs, and then there is only sitting on a couch while people come to pay their respects to you, the living, with plates of food to nourish. These practices were my grandma’s way of honoring her own parents who came over from the Old Country and the way they did things, and they now became our way of honoring her. Even though no one in my family really considers him or herself a “believer” in the traditional sense, there was nonetheless (perhaps grim) comfort in going through these motions. They bound us to the past, the future and each other. They bound us to my grandmother.

With this experience fresh in my mind, I nodded in understanding when I read about physician Zeke Emmanuel, brother to Rahm and Ari, who, though he’s an atheist, keeps Kosher. Although I wouldn’t go so far as to forego shellfish, it’s clear to me why so many Jews who don’t think anyone is watching us from the sky go ahead and practice aspects of our ritual-based religion anyway. Sometimes the act itself is all we need.

Saying Goodbye, With or Without Belief