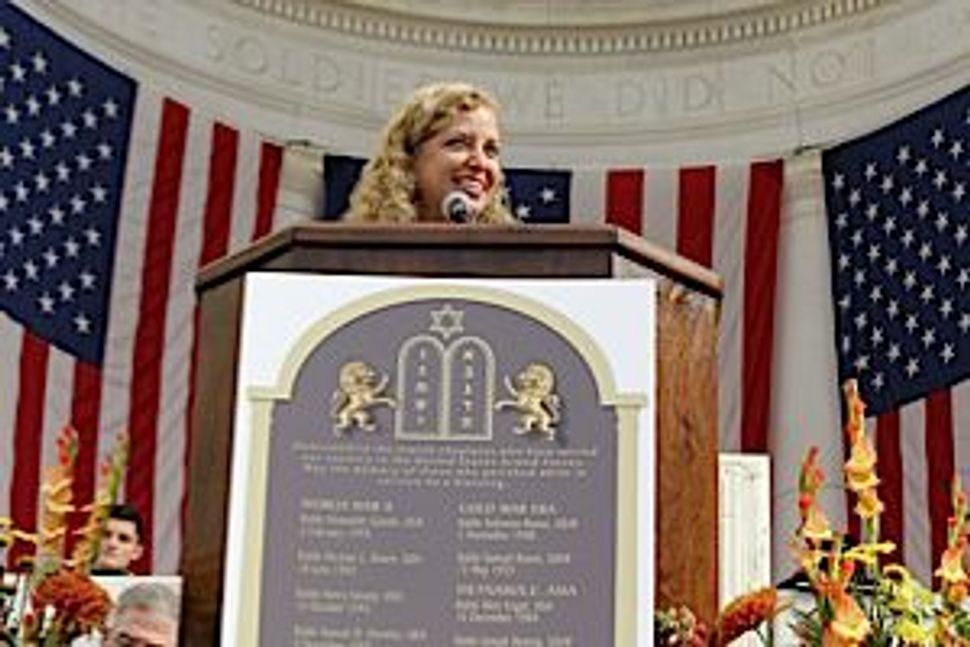 Ever since the complete firestorm surrounding GOP senatorial Candidate Todd Akin’s comments on “legitimate rape” the GOP has kept mum on “red-meat” social issues. The word “abortion” was barely mentioned all week in prime-time convention speeches, for instance, many of which were by women and delivered well. And even though the party’s platform contained a complete abortion ban, there appeared to be a concerted effort not to attract attention to that inconvenient fact.

But for those of us who believe anti-abortion fervor comes as much from societal misogyny as conviction in the “sanctity of life,” GOP speaker Mike Huckabee’s “joke” at the expense of staunchly pro-choice DNC Chair Debbie Wasserman-Schultz felt like the party’s real position on women’s roles was spilling out of the seams.

“Tampa has been such a wonderful and hospitable city to us. The only hitch in an otherwise perfect week was the awful noise coming from the hotel room next door to mine. Turns out it was just Debbie Wasserman Schultz practicing her speech for the DNC in Charlotte next week. Bless her heart.”

In case you don’t get the point embedded in this joke, the point is that Wasserman-Schultz has a shrill voice, in Huckabee’s view (but bless her heart, really!). Shrill: the most common insult deployed to silence a strong voice from any downtrodden group in society, particularly a female one.

As a number of my colleagues joked afterwards, it appeared as though Huckabee — one of the most extreme anti-choice politicians around and a public defender of Akin —assumed you can say anything mean about a woman if you follow it up with a condescending endearment. But what made this joke particularly advanced dog-whistling range was that not only is Wasserman-Schultz a woman with a no-nonsense voice in the metaphorical sense, she also has an urban ethnic inflection which I personally find totally awesome. And by ethnic, of course, we mean she “talks Jewish.” In fact, the debate among progressives on Twitter right after Huckabee uttered his joke consisted primarily of a back and forth over whether it was primarily anti-Semitic or sexist in nature. The answer of course, is a special blend of both: a particular kind of nastiness reserved for fearless Jewish women, in this case one who happens to be a very effective and tough politician.

Wasserman-Schultz, as always, remained undeterred, issuing the following statement through her office:

Perhaps Mr. Huckabee should pay more attention to the company he keeps, such as Todd Akin, instead of taking potshots at the Chairwoman for applause lines. While Huckabee continues to promote the extreme Akin plank, the Chair will defend women’s rights to reproductive health free from dictation by men who don’t know fundamental biology.

Later, she herself debriefed the joke with Chris Matthews on his show Hardball, telling him “the joke is, apparently, that Mike Huckabee is unfamiliar with the voice of a strong woman.” But the MSNBC host was unconvinced that the joke was simply sexist and kept trying to figure out whether there was more to it, uttering a bellowing fake-guffaw and asking repeatedly “what is the joke? what is the joke?”

The answer, Chris Matthews, is the derision applied to outspoken women from minority groups. It has faded somewhat as a constant threat for Jewish women (though not our sisters of color) but as this incident reminds us, it can always be turned to in a pinch. And for anti-abortion extremists like Huckabee, being muzzled by the broad-based unpopularity of their positions must constitute a serious pinch.