What’s Up With All the Rape Jokes? 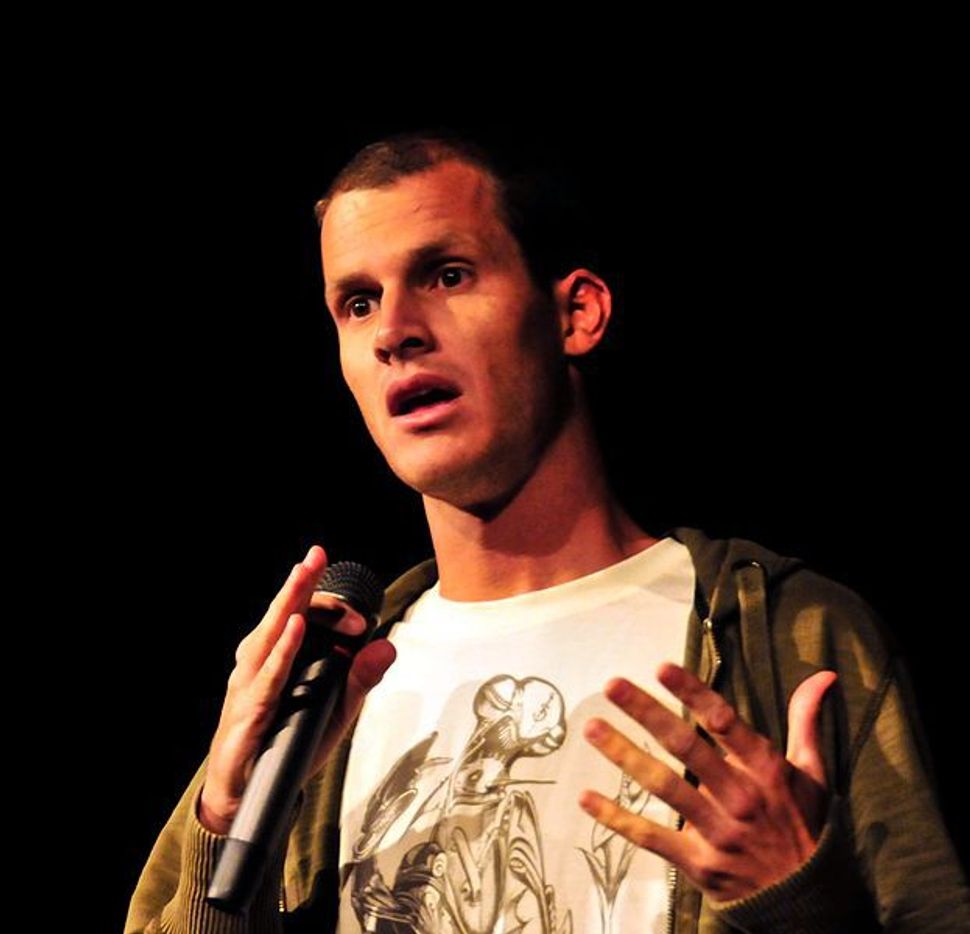 Everybody’s talking about rape. From Daniel Tosh to Todd Akin, it’s all the rhetorical rage. While rape jokes may be more pervasive than ever these days, I think it’s fair to say that we’ve grown weary of arguments about rape humor — especially since the current political rhetoric regarding women’s bodies gives us something deeper at which to be offended. The suggestion that women’s bodies possess magical powers allowing them to suppress the fertilization of their eggs by rapists’ semen — in the event of “legitimate rape,” that is — and the proposal that fetal “personhood” begins weeks before a woman can even know that she is pregnant must cause even the most conservative women to shudder. At least in secret.

But as the arguments dwindle and the fallout of badly timed jokes runs its course, we’re left with something more sinister. What does this increasing cultural and political impulse to legislate women’s bodies and lash out at them in hateful ways say about our society?

Let’s start with humor. Yes, good humor breaches boundaries and challenges prevailing attitudes in ways that produce dialogue. But only the smart jokes do this. Defending every rape joke on the basis of free speech or an attempt to question a dominant mindset often amounts to intellectual laziness. The nature of our jokes, and why we laugh at them, reveals the darker realities of who we are. So why so much rape humor, and why now?

Set against the backdrop of the inflamed political rhetoric of rape, abortion, and contraception, it’s not surprising that women’s bodies emerge as a touchstone for comedic fodder. But why do comedians and their fans — particularly men, judging by the angry and acerbic Twitter responses to the Tosh fallout (most making derogatory remarks about women) — feel more strongly than ever about the right to tell rape jokes? Why, for example, are they more protective of this right than of their right to tell Aurora shooting jokes? (Comedians rushed to defend Tosh and his rape joke, but few rallied for Dane Cook, who recently apologized for his Aurora joke.)

Still, the bigger question here is not whether to tell rape jokes, but why we tell them at all, why so often, and why, if criticized, the joke-teller suddenly becomes a compelling poster child for free speech and anti-censorship. Rape jokes can be funny (think: George Carlin, Louis C.K., Sacha Baron Cohen, Sarah Silverman), but the same imperative applies to them as to Holocaust jokes. As comics Mel Brooks and Jeffrey Ross have articulated, the joke should ridicule the perpetrator, not the victim. It shouldn’t belittle the crime; it should reveal the idiocy of the offender. It should pummel the powerful rather than the powerless.

So how do we make sense of seemingly senseless rape jokes? We analyze where they come from. Given the recent volatile arguments regarding women’s rights, it feels as if we’ve been hurled backward into the 1950s, our devolving views of women showcased in all facets of our culture. With a few exceptions, the current comedic culture often celebrates comics who resort to lazy humor that reinforces rather than challenges dominant mindsets. The most reprehensible example is the comic Jim Jefferies, who admittedly loathes women and implies that he speaks for all men when he says of women: “We enjoy it when you look uncomfortable…” during sexual acts. But is this new, or are these jokes and political conversations about women’s bodies just recycled material, reconfigured for a contemporary culture and for who are less dignified than their grandparents when it comes to how we speak in public? Clearly, we are accelerating backward rather than forward. The alarmists among us must wonder whether separate drinking fountains for each race, gender, and sexual orientation are just around the bend.

So how should we as Jews respond to such retrograde impulses? Judaism is about history and continuity, but it is also about growing, evolving, moving forward. Rumor has it that we all stood at Sinai and heard the giving of commandment — a blessing and a curse that means we are responsible. “These are words, not actions,” claims comic Joe Rogan during one of his podcasts. But for Jews, words are actions; words create worlds. Words may not cause someone to commit rape, but they reflect how we feel about women and their bodies. Yet as one of my favorite Jewish comics, Jeffrey Ross, recently said, “I think it’s our job to go too far. That way we know as a society what too far is.”

The question, then, remains: What is our responsibility when we find that we as a culture, a community, or a society, have gone too far? The many answers to this question are as complex as the question itself, which means that we must begin with dialogue and move toward actions that challenge such cultural boundary-breaching in meaningful and intelligent ways. And maybe, just maybe, it’s time we started taking jokes more seriously.

What’s Up With All the Rape Jokes?