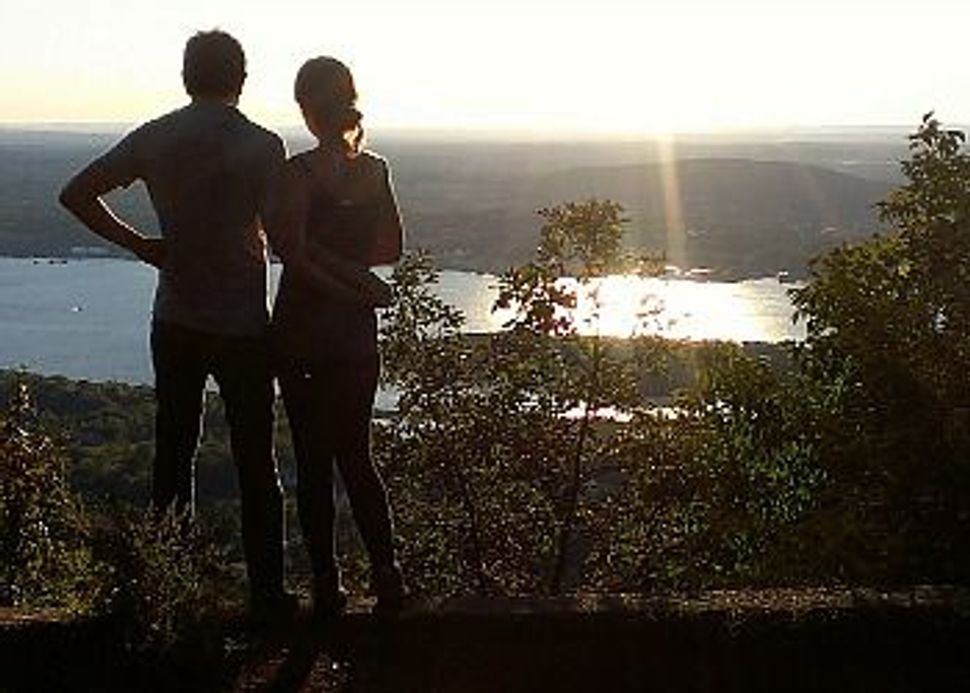 This is the fourth in a Sisterhood series on women, apologizing and Yom Kippur.

Growing up in a Chabad community, it was only natural that the first few weeks of school were dedicated to learning about the High Holidays. I specifically remember the array of activities that would unfold in preparation for Yom Kippur.

In first and second grade, our teachers carved out a few hours for us to create “forgive me” cards for our siblings and parents. It was a fun activity and one that was met with excitement and joy. A drawing of a little girl in tears with the words, I’m sorry! Please forgive me, was already photocopied and arranged in a neat pile; all we had to do was cut, glue and paste our sad girls onto colored construction paper. One card would be handed to my parents for not listening before dinner, another to my brother for destroying his Lego castle, another to my sisters for not sharing my Barbie dolls.

In middle school, we had to call three friends the night before Yom Kippur and ask for forgiveness for all of our wrongdoings. It was a less than thrilling activity — until I realized we could knock out the apologies in a few moments and then return to the important stuff like boys and what to wear for services.

In high school, there were no assignments or clear directives, but the High Holiday routine of teshuva (repentance) was already imprinted on my mind. My friends and I often tossed out quickie apologies between dissecting biblical verses and exploring talmudic arguments.

While slightly different at each stage, this pre-Yom Kippur ritual was a much-anticipated release; I could let go of my wrongdoings and hide any disappointment or shame I felt under a pile of pretty cards and phone calls. It was a good start but just that — a start.

I am now in my thirties, and I have had multiple opportunities to exercise teshuva. But there is no relationship that has taught me more about this process than my partnership with my fiancé, Nadav. We met at a festival in the bay area in May of 2010, and spent two intensely honest and electric days together. In between farmers markets and walks along the ocean, we shared our families’ histories, past relationship woes, creative passions, even our dark sides and worries about the future. I shocked myself by how honest I could be with him, and how comfortable and safe I felt in his company.

In the months after that first meeting, Nadav and I didn’t see each other and we rarely spoke. But instead of longing for him, I returned to New York rejuvenated, filled with a certain trust in life. I started dating again, grew my photography practice, and went on weekend adventures with friends. But a few months later, curiosity got the better of us and Nadav and I reconnected. Eventually, I took the ultimate leap of faith and moved across the country, leaving Brooklyn behind and landing right in Nadav’s studio apartment in San Francisco.

I was psyched about the move, but I also felt a tremendous pressure to keep up the storybook quality of our first encounters. I wanted to be the “perfect girlfriend.” Instead of acknowledging the conversations that had led us to this major commitment, I withheld my concerns and desires out of fear of being misunderstood — or worse, rejected for my flaws. As a result, Nadav became distant and anxious, and this lack of communication quickly bred an environment of tension, frustration and a whole lot of loneliness.

Two months after moving in together and totally overwhelmed by even the smallest misstep, we began experimenting with a nightly check-in. The idea was that it would serve as a designated space to share our feelings and frustrations. There were guidelines: sit facing each other, don’t touch, and don’t interrupt or comment during the other person’s turn. Instead of rushing to “fix” my shame or brush over my emotions, Nadav and I have built an intimate, trusting space focused on listening and being present for each other in a kind and loving way. We have learned a lot about each other through our daily ritual, and it has transformed our partnership while simultaneously being at the root of our commitment to each other.

For Nadav and I, saying “I’m sorry” has become less about the other person fixing something and more focused on stepping into a centered place, accepting accountability for our actions, and asking the other to be present and listen, however painful or disappointing. Nadav and I do not have a perfect partnership by any means, but we are committed to growing and fostering a home based on mutual respect, love and authentic conversation.

As I prepare for Yom Kippur and begin my trek up the metaphysical mountain of self, I do not know what feelings will arise or what fears will be waiting for me along the way. But I trust that once I arrive at Kol Nidrei, I will be met there by my fiancé, standing honestly in his own heart with a seat next to him just for me.