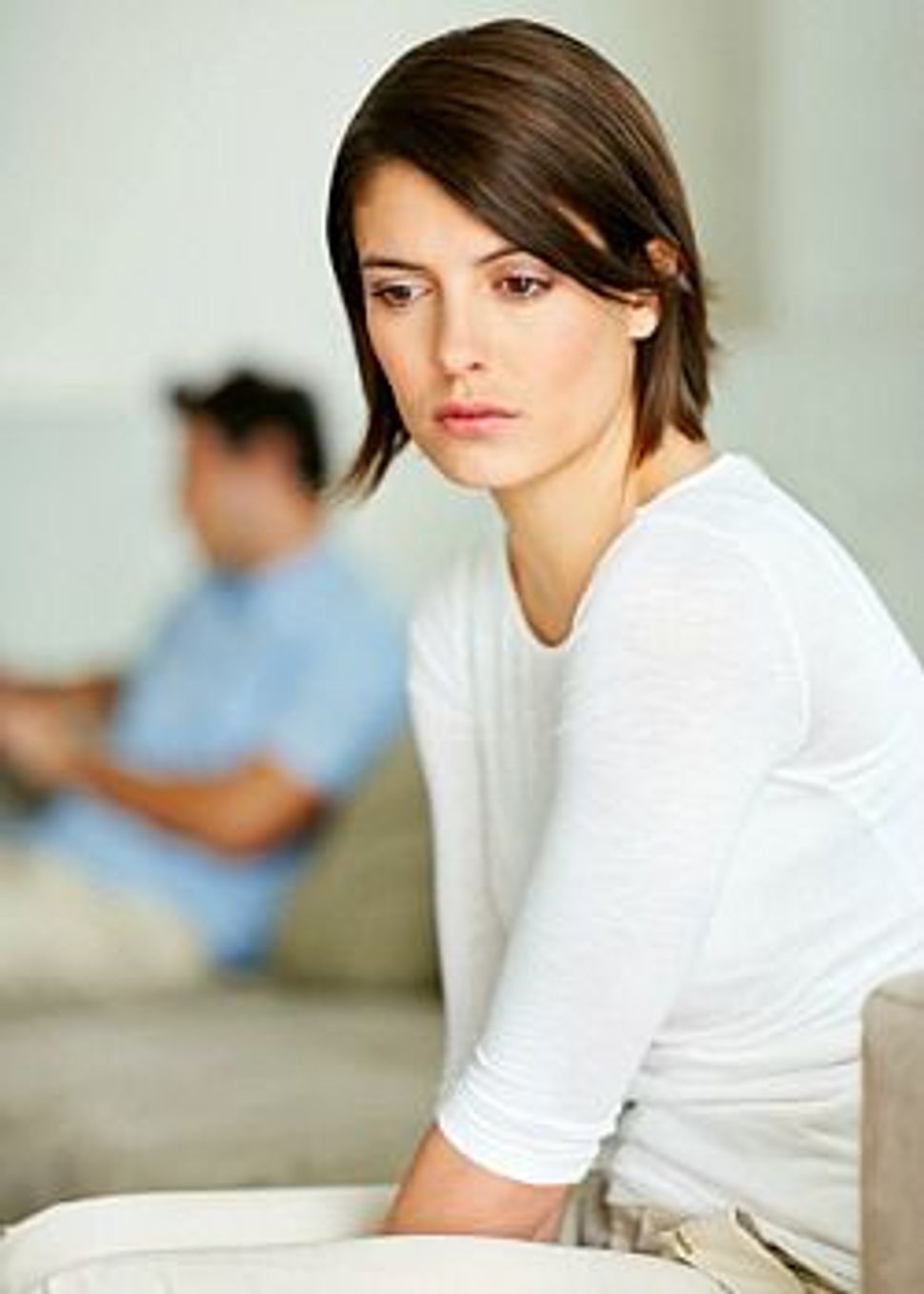 This is the sixth in a Sisterhood series on women, apologizing and Yom Kippur.

As a professor of Jewish Studies, I find that moments of inspiration present themselves to me readily, like gifts I don’t quite deserve. I read furiously, I attend lectures and intellectual events like clockwork, and I spend time listening to my students’ reflections on the texts I pass on to them. And I am moved as I feel these experiences settle into my soul. But there are also times when nothing resonates. I feel famished, perusing my own well-worn library looking for something that will cut me to the bone. Because the truth is that I know Yom Kippur is just around the corner, and I want to bleed. I want to want to atone for something.

This year, as Rosh Hashanah approached, I felt myself in such a predicament. Skimming through some of my go-to texts I found this, from Edmond Jabès, an Egyptian Jewish writer and poet: “Subversive Himself, how could God have thought that man would not be so toward Him? God created man in the image of his subversiveness.” This doesn’t sound like an easy way into the period of personal reflection that’s supposed to be ushered in by Rosh Hashanah, but, for me, it works. If Rosh Hashanah recalls the day that God created humankind, then perhaps it also recalls the image in which we were created. And perhaps the image of God is also one of subversion. Maybe Rosh Hashanah is also a reminder of the value of subversive behavior. But with Yom Kippur just days away, it would seem that finding value in subversion contradicts what we’re supposed to do during these Days of Awe, which is to apologize, make things right with those we’ve harmed, relinquish unnecessary grudges we’ve held — and wait for forgiveness to arrive.

Jews have a history of questions, rather than answers. Like Jabès also says, “The answer has no memory. Only the question recalls.” I suppose this is how I teach. Caring little for answers, I ask students many questions, and I teach them how to ask questions of their own. Questions reflect movement and resist stagnation. During the Days of Awe, what better way to resist stagnation than to question what exactly it is we’re supposed to be sorry for.

I have a history of apologizing too much, though I hadn’t realized it until a friend recently pointed out that women are often too quick to apologize for things about which they needn’t be sorry — a collective behavioral quirk that affirms rather than challenges the cultural idea that women should maintain a submissive attitude. Case in point: A couple of weeks ago my husband and I saw a show at the Greek Theater in Los Angeles. We arrived before the show began, and as I carefully edged past four people seated in my row, trying delicately to get to my seat, I heard myself apologize seven or eight times. I felt anxious about inconveniencing the people around me. For my husband, who was edging in behind me, uttering “excuse me” a couple of times seemed to suffice. He wasn’t sorry at all, but apparently I was. Or at least that’s what I said.

And then there was last Sunday in a crowded kosher market, where I must have apologized dozens of times to people simply because I found myself directing my shopping cart too close to theirs, or because I was reaching for the same fennel bulb as another person. The other day, I apologized to someone with whom I had a meeting because he had been waiting five minutes for me — and he was early, while I was on time. As I reflect, it occurs to me that I apologize obsessively, and so Yom Kippur should in theory be one of my favorite holidays if only because I have a life-long habit of apologizing. And the truth is that though I apologize, I’m really not sorry.

On Yom Kippur we starve the body so we can feed the soul. We apologize so that we might find forgiveness. We think about the upcoming year, how we might correct the transgressions of the past year. If apologizing has lost its penitent luster from consistent overuse, perhaps it’s more fitting to refrain from apologizing during the Days of Awe unless we mean it and unless we know it’s absolutely necessary. I don’t need to apologize for reaching for the same fennel bulb as the woman next to me, because the truth is that I really don’t want her forgiveness. In fact, I would be insulted if in response to my hurried apology she softly uttered her forgiveness because I would see it as confirmation of a guilt to which I had never truly subscribed.

So perhaps in the days leading up to Yom Kippur, I will feed my soul by silencing my habit of flinging around meaningless apologies that fall from my lips so carelessly. This year, rather than apologize, I question my impulse to squander apologies. I suspect that a subversive God might find purity in my decision not to apologize. And perhaps this tiny bit of subversion will bring me one step closer to what it means to love God.