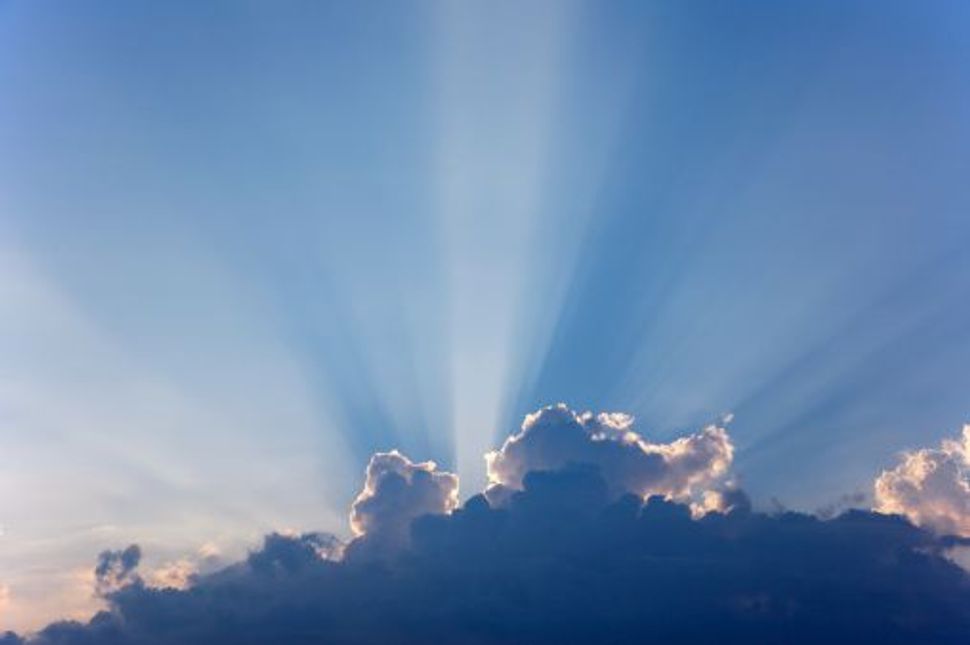 Before Rosh Hashanah began, I did some interrogation of myself. Not the sort you’d expect; it wasn’t an intake of my spiritual behavior or of my wrong doings. It went something like this:

Chanel 1: I do not want to go to shul this year. Do I have to? I cannot deal with the gendered God crap.
Chanel 2: Of course you don’t have to. You’re an adult. You don’t have to do anything. (There are some exceptions, but shul is not one of them.)
Chanel 1: Maybe I should try harder? Maybe I shouldn’t let myself off the hook so easily? THIS IS A SERIOUS THING.
Chanel 2: It’s not that serious. Calm down.

In the end, I didn’t go to shul on Rosh Hashanah or on Yom Kippur — and this is not a post about how I feel guilty about that. It is about how every time I open a prayer book, I get insanely angry at the gendering of God. I can’t get over the fact that, as a woman, I am praying to a male God. To be clear, I don’t think it’s better to gender God as a female either. I don’t believe in God having a gender at all. It seems pretty clear to me that God is not a gendered being — that God cannot be, God is bigger than that.

Enough of my theology, though. The point is, I know a lot of women who identify as feminists and who go to shul a lot, where God is regularly identified as male. How do they deal with this? I asked some women I know, and here’s they they told me.

As far as God’s dude-dom goes, I generally hate it. Partially because it separates me from God since I ‘m not a dude and I’m a lesbian. I also don’t like that it defines God, since I believe that God is either all of the above or none of the above. In normal services I just prefer “God” even more than eternal or adonai. I don’t know God’s name or gender and I am savvy enough to work around it linguistically.

S, from the West Coast, now lives in New York:

I find it very empowering to refer to God in feminine terms. Since we as a people believe that God is genderless, the choice of gendered pronouns is really just a formality. But at the same time, it really does impact how we think about God. The Torah is feminine, but it is carried, coddled, paraded and inanimate. What would it be like to have a deity that is initially thought of in feminine terms? I think it’s pretty powerful.

D, from the South, now in New York:

I actually am super traditional when it comes to prayer. At times in my Jewish journey I’ve objected to the gendered portrayal … but when I try to remove gender or refer to God as “she,” I get super weirded out. I’m not inherently offended by the masculine portrayal — probably because it’s what I grew up with. When I give drashot about God, I try my best to simply refer to God as God because “she” doesn’t work for me. I’m slightly terrified of people jumping down my throat for buying into the patriarchy, for not being a good feminist and for calling God a woman.

The male gendering of God is a product of its time, when a male king was invested with divinity by some societies, and seen — or at least spoken about — as the ultimate ideal of a human by others. We don’t have the same kind of reverence for humans today; who would we compare God to? We wouldn’t want to compare God to a baseball star, president, movie star or even an activist. Since we think of ourselves as partners with God, an interesting way for heterosexual woman (and gay men) to reconstruct the male God imagery is to see God as our romantic partners. That works less well for heterosexual males (although this is the way that it’s done traditionally, for example in Lecha Dodi).

After listening to these extremely thoughtful folks, I feel better about the fact that people are dealing with liturgy in meaningful ways. But ultimately, I will have to come to an understanding with myself about whether or not this is a battle I want to continue having, or if prayer is simply not how I’m going to access Judaism. The aggressive gendering of God as male is an enduring symbol of a patriarchal religion, which I happen to care about enough to wrestle with it, also in an aggressive manner.