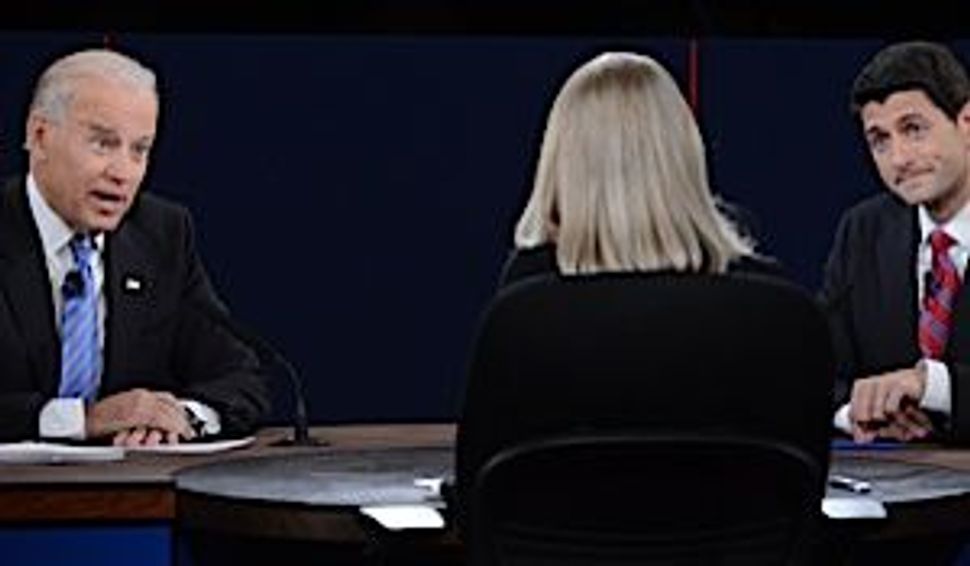 And then, at long last, the question came up: How does your shared Catholic religion inform your feeling on abortion?

The phenomenal, trailblazing job of moderating that Martha Raddatz had done up until that point came to a shuddering halt. The religious framing of the question bugged a lot of viewers who expressed their frustration last night and today.

It frames a woman’s choices as something on which the church is allowed to be the final authority. In essence, the moderator is saying, “Will you let the leaders of your faith dictate what rights women have or will you buck your bishops and let women have the same right to control their bodies that men are allowed?”

The blogger Atrios wrote with typical acerbicness: “Yes abortion made an appearance, but the question wasn’t about abortion, it was about how Joe Biden could defy his church.”

Indeed, by starting with the church instead of the women affected by these laws, the question reinforced problematic views on abortion. And this mistaken framing was reflected by the nature of the answers: Even though the tone up to that point had been lively, even laughter-filled, when the discussion touched on such life-and-death issues as war, security, and the future of the American middle class, the tone immediately became dead quiet and sober after Raddatz said the A-word. Abortion. The most serious thing in the entire world.

But Biden’s fairly spot-on answer deflected the problematic question by acknowledging his church’s declaration that life begins at conception, yet invoking freedom of religion and giving a shout-out to those with different beliefs as he had:

But I refuse to impose it on equally devout Christians and Muslims and Jews, and I just refuse to impose that on others, unlike my friend here, the — the congressman. I do not believe that we have a right to tell other people that — women they can’t control their body. It’s a decision between them and their doctor.

Thanks for the shout-out to Jewish beliefs, Joe, which are much more open-ended on abortion than Catholic ones and always seem to be forgotten when the whole religion issue come sup.

Raddatz’ question implicitly called Biden down to the diocesan headquarters for a chewing-out. Yet he managed to come across much better on this question than Ryan, certainly to non-Catholics who appreciated his refusal to impose his views on them, and probably to Catholics who share his refusal to follow the bishops into a kulturkampf on abortion. And Ryan’s teeth-clenched admission that he was submitting to Mitt Romney’s will in accepting the legality of abortions in cases of rape and incest was very telling to all viewers, especially those who didn’t know he is a genuine Todd Akin ultra on everything to do with reproductive rights issues.

Indeed, Ryan refused to say he believed in abortion in cases of rape, incest, or the life of the mother, instead saying those were Romney campaign policies. He has previously gone on the record saying he opposes abortion in all instances.

You’ll also note that Ryan, while referring lovingly to his unborn embryo as a “bean” didn’t really refer to women, and neither did Raddatz. By uttering the “w” word that describes about half of the population, Biden won the issue. Let’s hope the next debate spends more than one question on social issues, including the health and financial concerns of women and indeed, people of all family makeups, sexual orientation and gender identities.