Why I Screened Myself For Breast Cancer Markers 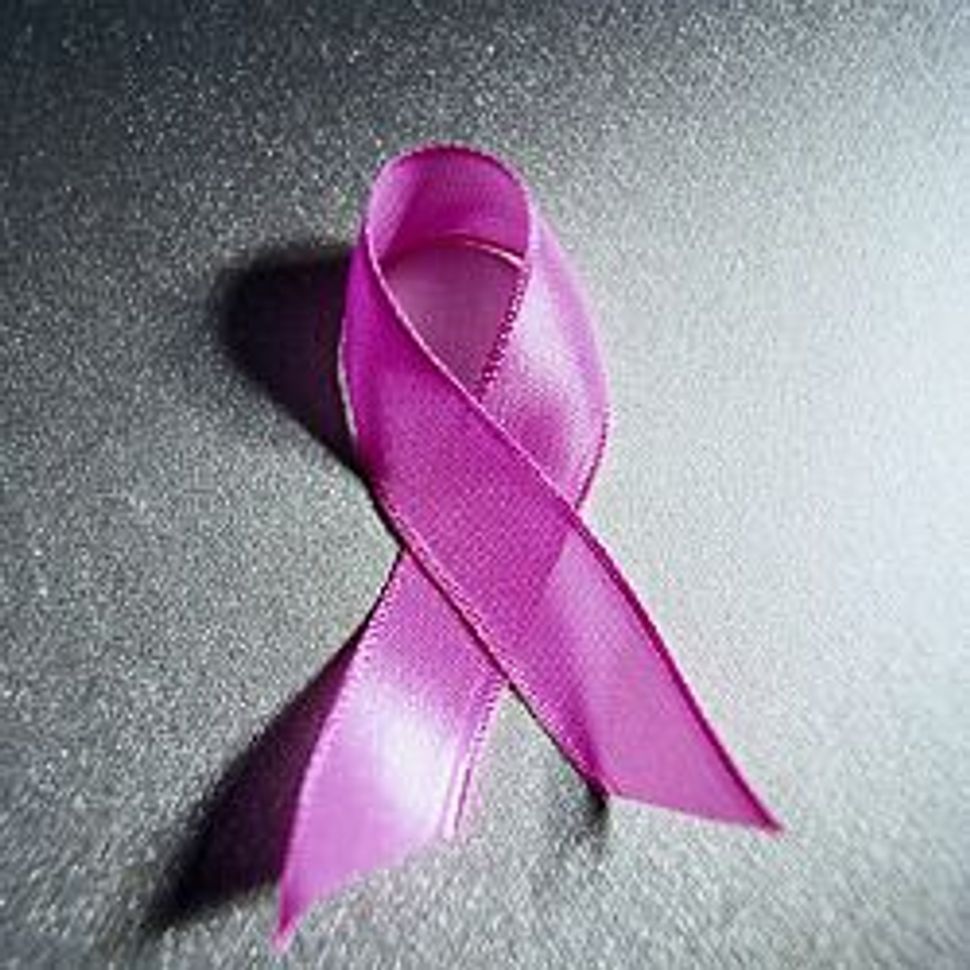 Unless you’ve been hiding under an avalanche of pink ribbons, you probably know that October is National Breast Cancer Awareness Month. But amidst all the “pinkwashing” of products and ubiquitous placement of “Save the Tatas” bumper stickers, there’s plenty of backlash.

Many feminist bloggers take issue with the idea that we must merely “be aware” of breast cancer. Critics point to the commodification of the disease and to organizations like Susan G. Komen foundation, which sometimes imbue a stylishness to acknowledgment of the disease but don’t reflect the harsh reality of suffering. Like the weather, everybody talks about it, but nobody does anything about it. Well, we can do something besides sponsoring 5ks and having regular mammograms. We can get screened.

If you don’t already know about at-home genetic testing for the BRCA 1 and 2 genetic mutations common in women of Ashkenazi Jewish descent, all you have to do is spit into a tube and put it in the mail. But very few of us have actually gone so far as to get screened. I know there are reasons for this, ranging from fear to expense, but I got tested anyway. Here’s why.

The Disease Shows Up On Both Sides of My Family

I found out about BRCA screening while I was in college, but I didn’t get screened until I was 29 years old. My mother’s sister died of the disease at age 60, and my father’s mother perished from it at the same age. I have no idea how many other “second degree” female relatives of my grandparents’ and great-grandparents’ generations would have died of it since most of them were killed in the holocaust, but one relatively close incident on each side is enough for me. That knowledge, plus the fact that about 3% of Ashkenazi Jewish women are carriers of one of the three common BRCA 1 and 2 mutations (much higher than the frequency among the general population) was enough to put the home test on my to-do list. Even still, I wasn’t convinced.

I Believe in Health Self-Advocacy and Empowerment

The U.S. Preventive Service Task Force doesn’t recommend me for BRCA screening. It recommends screening only for Ashkenazi Jewish women with a first-degree relative or two second-degree relatives on the same side of the family with breast or ovarian cancer. My gynecologist repeated this sentiment when she tried to talk me out of taking the test four years ago, despite the fact that plenty of Jewish women without family incidence of breast cancer carry one of the testable genetic mutations, and that these mutations account for 85% of hereditary breast cancer among Ashkenazi women. She told me that if I pursued the test, I’d first have to speak with a genetic counselor, and that the cost for the blood test — since it wouldn’t be covered by insurance — could be around $1,000. I balked then, but when I had the opportunity to try the at-home saliva test kit from 23 & Me a few years later ($299, with the added benefit of a slew of other genetic tests included), I jumped. Test kits — whether for genetic diseases or even HIV — take away much of the stigma and cost associated with impending lab results. There are no impersonal waiting rooms and, if you’re lucky, no needles. We should all support scientific advances that give patients rights to privacy and easy access to our own health-related data.

Get Context: A Positive Result Is Not A Death Sentence

I was quick to remind myself that existence of the mutation is proof only of a predisposition; it doesn’t mean the carrier will definitely develop breast cancer. Similarly, absence of the mutation certainly doesn’t protect women from breast cancer. There are certainly other inherited genetic mutations that aren’t yet testable (geneticists have uncovered hundreds of BRCA 1 and 2 mutations; only the three most common are included in the test). And besides, plenty of breast cancer isn’t even hereditary. Environmental factors are the scourge we should be putting many research and prevention dollars towards eliminating.

While it is true that women who carry one of the three tested mutations have an increased risk of developing breast cancer before age 70 (somewhere between a 40% to 85% chance of getting it), we all have some breast cancer risk, just as we all have heart disease, car crash and depression risk. Putting a positive or negative genetic test result in context helped me see it as just another useful piece of data about my body.

I won’t pretend that the thought of a positive test result didn’t keep me up at night during the three weeks that I waited for my lab results. When I logged in to the site, I could find out if my DNA carried one of the mutations (at the same time I could find out if I carried a slew of other very scary genetic predispositions). My mom didn’t want me to get tested.

Knowledge like this is fraught with psychological and physiological implications for women of childbearing age. Some women who’ve received news of a positive result have resorted to pre-emptive mastectomy, or even ovary and Fallopian tube removal (both are associated with a very large drop in breast cancer risk before menopause). Some women become convinced that a high risk of breast cancer is reason enough not to have children at all, which is why doctors require women to talk to genetic counselors before testing.

I was afraid of the results, but I also wanted to push the boundaries of my fear. I already knew I could get breast cancer regardless of my BRCA genetic code, so the idea of turning a blind eye to readily available knowledge about my body was more upsetting to me than the fear of a positive result. As my finger hovered above the Web site button that would reveal my carrier status should I choose to click it, I imagined myself caring for my own health and my future children in the same way regardless of my test result or possible diagnosis. We are a cohort of worriers either way, aren’t we?

It was negative, but it turns out that I do have a vastly increased risk of Alzheimer’s.

Why I Screened Myself For Breast Cancer Markers