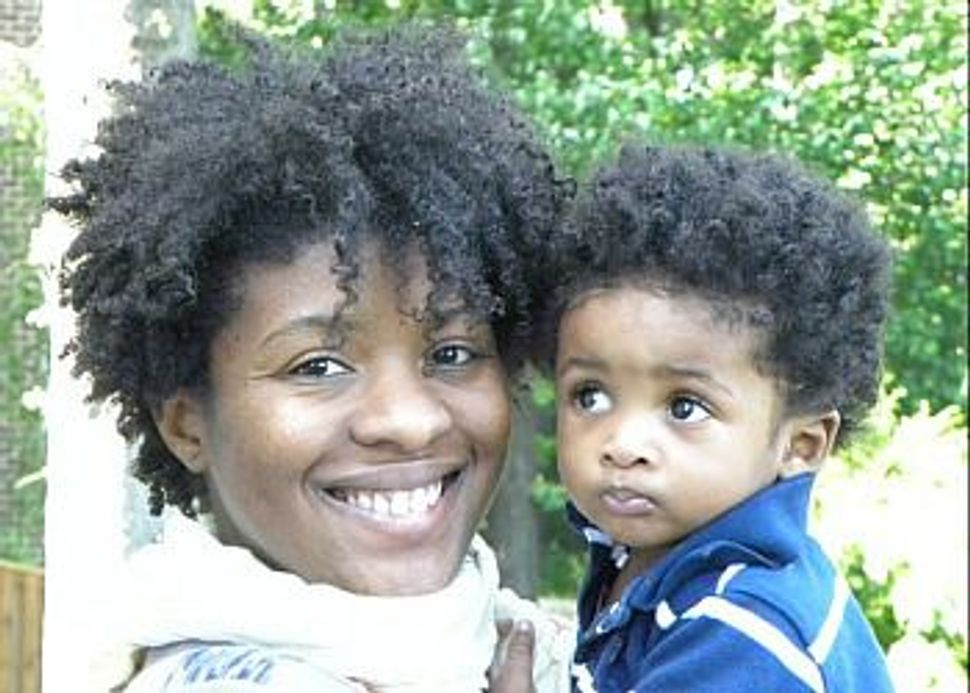 Erika with one of her nephews Image by Erika Davis

I am fully aware that many couples, both gay and straight, have trouble conceiving, and I do not make light of the complexities that often arise when trying to conceive. But in discussion these complexities as a gay woman, a completely different set of reasoning is used. It has very little do do with my age or health and everything to do with the fact that a woman is trying to have a child without help from a man.

I’m often reminded that it’s hard for my partner and me to have a child because so many people out there think it is unnatural, wrong, even sinful. But, it’s not just lesbian women who seek out donors, IVF or adoption; many straight couples take the same journey for a variety of reasons. I’ve been reading the “Single Mother by Choice,” a blog series penned by Kveller’s Emily Wolper. In it she shares her very personal journey through donor shopping, IVF treatment and now DWP (dating while pregnant), plus her choice to mother as a single woman — and in the process gives a peek inside of the many, varying ways one can become a parent and create a family. The parenting website Off Beat Mama is another wonderful source for parents who fall out of the “mother, father, 2.5 children and dog” paradigm.

I read these story not only to see my life experience represented, but for support. Because I’m at the point in my life where my ovaries and uterus have launched a full-fledge assault on the rest of my body. The once rationally minded woman I was has been replaced by a woman with a singular focus: having a baby. This singular focus has resulted in a variety of missteps, some innocent and some well-intentioned, all a bit awkward.

Just a note: You should not contact all of the male friends in your life and ask them for sperm. I know, it seems a bit crazy, but sperm isn’t cheap, and I thought I’d cut some costs by taking out the middleman. At the time it seemed like a perfectly logical step, but after e-mailing nearly every male friend (and acquaintance) in my Google contacts who were either Jewish, Black or both to ask if donating would be something of interest, I realized that this was probably not my best played move.

The frozen goods from Ye Ole National Sperm bank range in price from $100 to $600 just for the frozen swimmers, not to mention the cost of thawing them out properly and depositing them in the doctor’s office, which can be an additional $900 to1200 depending on the clinic per ovulation cycle. And surprise, surprise, some insurance companies don’t cover the costs. If you have fertility issues, the cost can double or even triple depending on the methods you use to try to get pregnant. All of this money, time and commitment go into trying to have a family.

I’m 33 years old, and according to the world I’m close to being day-old bread. I can’t tell you how many well-intentioned comments I’ve received urging my partner and I to hurry up, reminding us that we’re running out of time. I hate to admit it, but it’s getting to me. Just as those pangs of jealousy creep in, a bit of selfishness creeps in as well. I haven’t written a novel yet, I’ve never been to Europe, I still want to change the world — can I do all of these things, have a family and be a good mother?

It’s wonderfully refreshing that the definition of family hasn’t remained static over the years and has, instead, grown as people and society continue to stretch and evolve. Family is so many things to so many different people. The family I was born into will always be the foundation on which I stand, but I’m also grateful to the family I’ve created for myself and even more excited to bring a child into both of these dynamic families … whenever the day comes.