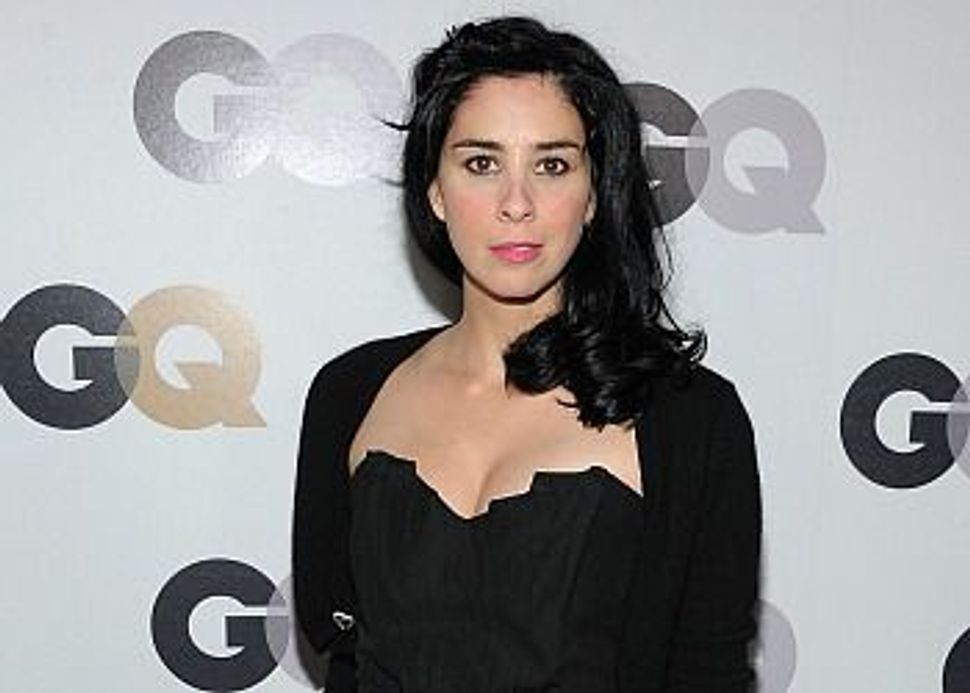 Recently, in a completely non-shocking, non-turn of events, a man attacked a woman publically for having some opinions. This man, Rabbi Yaakov Rosenblatt, told comedian Sarah Silverman that she might want to stop saying so many words in public about politics and, instead, get herself married and pregnant. An excerpt:

Much has already been written about what’s wrong with this letter in the Jewish press, the feminist press, and by Silverman’s dad, who doesn’t mince words in his response. What I find particularly noteworthy about Rosenblatt’s attack on Silverman (not to mention offensive and tiresome) is that it utilizes such a classic tactic-pathologizing. Let me explain.

Pathologizing usually looks like this: Someone says something you disagree with, or something that makes you uncomfortable, and you respond by psychoanalyzing them in the manner of Rabbi Rosenblatt: “I think, Sarah, that marriage and childrearing are not in the cards for you because you can’t focus on building life when you spend your days and nights tearing it down…” Other examples of pathologizing include telling folks who identify as feminists that the reason they’re so “angry” is because they’re can’t find someone to have sex with them, or they were raised by a single mother (I’m looking at you, Mitt Romney), and so on.

In short, pathologizing someone’s motivations, and by extension, their entire belief system, is a tactic aimed at neutralizing the person, as though we’ve never thought about our own reasons for doing and thinking what we do and think.

It’s one thing to be genuinely confounded by someone else’s opinions, and to inquire with curiosity as to why a person might think the way he or she does. Our life experiences inform our politics, after all. We can be challenged and transformed by the grim realities of sexism and other systems of injustice. It’s important to continually engage with questions of how and why we do the work that we do, but only when they’re based in sincerity and with the intention of understanding the larger picture.

Rosenblatt’s patronizing pathology is, of course, not innocuous or accidental. It’s poison. And his message to Silverman is clear: You are damaged, so shut up and get married and have babies. Only then will you heal and become more womanly. Only then, when you are doing what women should do, will the sadness in your life be blotted out.

There’s a decision to be made here by folks who work for change. Do we call out this tactic, or do we let it tear at us from within? Do we always have to protect ourselves from being derided in this way? Maybe, as in the case of Sarah Silverman, we can allow it to help us access our motivations, and to make us more beautifully, righteously angry.