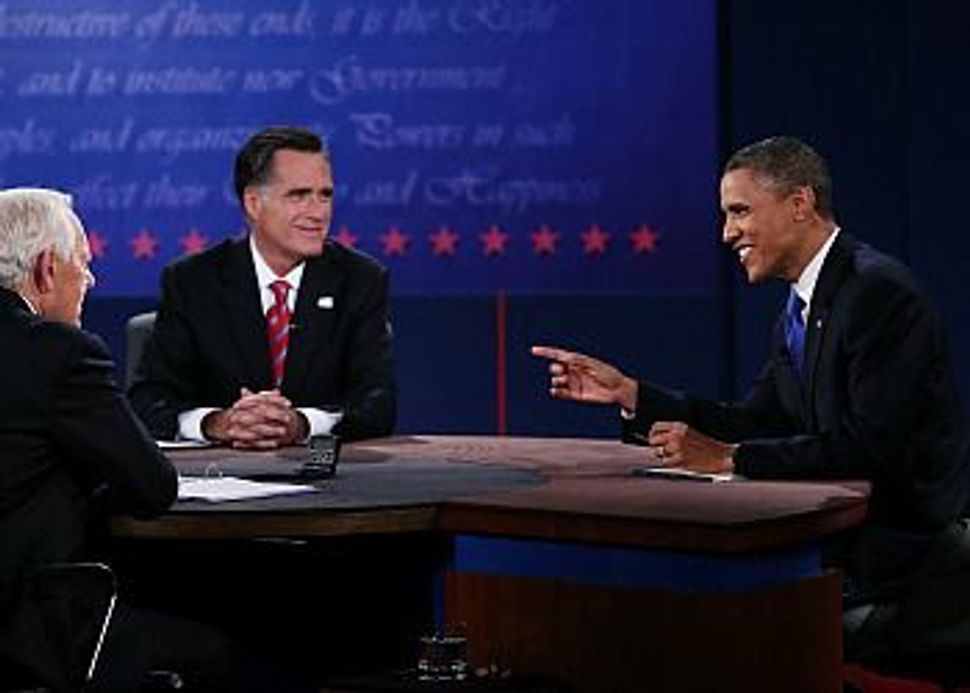 Last night’s Foreign Policy debate was all about swing — the candidates taking final swings at each other and aiming for the hearts and minds of swing voters. And conventional polling wisdom tells us who the most important “swing voters” are, particularly for the President: that’s right, the women.

David Gergen wrote about it at CNN:

For President Obama, this is a major opportunity to hone in on the group that may be most important to his election: women. As pointed out by Ron Brownstein, one of the nation’s best students of the interplay of politics and demography, Obama can win the election if he wins over more college-educated women in the Southeast and more non-college educated women in the upper Midwest. He has already made strong inroads with both, but needs a little more heft.

Obama’s best way to do that is to convince women that he will not only protect our security but he will keep us out of war. He has argued in the past that he is doing just that by getting bin Laden and by extracting the U.S. from Iraq and Afghanistan.

There’s a reason for that: Nate Silver noted this week that a particularly pronounced “gender gap” has emerged this year: “if only women voted, President Obama would be on track for a landslide re-election [but] if only men voted, Mr. Obama would be biding his time until a crushing defeat at the hands of Mitt Romney.”

I think, and the pundits seem to agree, that the President — despite an able performance from Romney — was successful at projecting an image of strength and intelligence, presenting his opponent as out of touch, and leaving a little something for the ladies. At Salon, Irin Carmon counted nine references to women from Obama and noted that every time the candidates used people as examples in their anecdotes, those people were bound to be female.

But beyond the night’s gendered pandering, it felt at times (as all such discussions do these days) like a very narrowly-focused chest-thumping contest. In foreign policy tone and focus, there remains little daylight between the two parties. Both stances are disappointing, in my view: imperialist fans of drones, enemies of “bad guys,” into global democracy except in places like Saudi Arabia and Bahrain that are oil-rich allies, foes of Iran, and best buddies — enablers, in my view — to Israel.

Where was climate change, the biggest threat to global stability? We missed immigration, too, not to mention almost anything relating to parts of the world the U.S. is not actively bombing or occupying, plus global health — particularly health for women. I would love to have seen them scrapping over whether or not condoms are necessary to stop the spread of AIDS.

Overall, there was a distinct lack of discussion of things like “care” “aid” and “peace.” I don’t believe such values are inherently feminine — they are equally distributed among all of us, as are belligerence and ambition. But because they’ve been feminized by our society, we can’t seem to allow our leaders discuss them without seeming weak. Feminism’s work won’t be done until the candidates can get up there and talk about global care without worrying that it compromises their images.