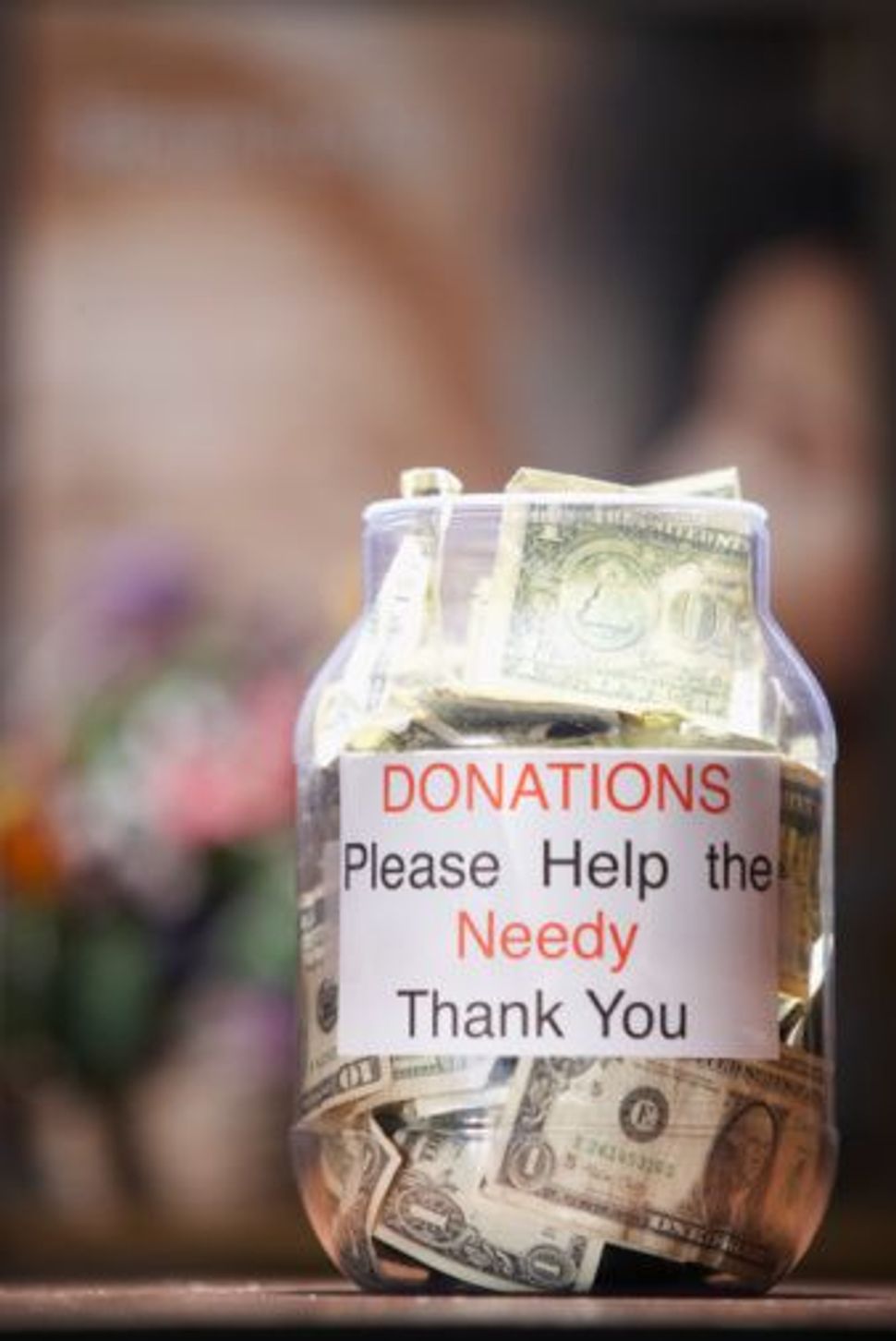 The other day I got a postcard. It was from a chapter of a Jewish women’s organization I fleetingly belonged to, located in another time zone. The postcard was unusual in that it was requesting donations of clothes, rather than the usual appeal for cash. But the fact that it showed up in my mailbox was not.

This organization, whose philosophy and goals I entirely agree with, has been regularly asking me for money for about six years. The fact that I have never made a donation, except for when I initially joined, does not deter them. Nor does the fact that I have moved about five times since then. More consistently than reminder cards from the dentist or perky updates from my Alma Mater, these donation-seeking letters have followed me everywhere.

And every time I get one of them, or one of the letters or emails from all the other Jewish organizations whose missions I also thoroughly want to succeed but cannot afford to subsidize, I remember that as long as I have no money to give, most Jewish non-profits will find me perfectly useless.

Perhaps it serves me right for signing up for all of those email lists, or for buying a few trees, or for joining that organization years ago. I don’t usually join things. But at the time I’d just moved to a new city where I didn’t know a soul, so I decided I’d do it the acceptable way for once. I’d volunteer my time for a cause I believed in, and I’d try to make friends.

So I sent the organization $50, I think — more than I could spare, but I figured it was a worthwhile investment. The organization turned out to offer neither volunteering nor friend-making opportunities. All the members clearly knew each other already, and the events, many held in private homes, were organized in groups. You didn’t go stuff envelopes and get to know strangers; you reserved a table (with all your friends) at a benefit dinner. I never went to any of them.

They have never sent me a letter asking why I never showed up, or why I never participated after that initial donation. They have never sent a plea for anything I could provide, like writing skills or physical labor or baked goods. They seem to only want money or, most recently, “new or gently used clothing and accessories, especially purses and jewelry.” In return, I would get a tax deduction, and “help unloading [my] car.” Subtext: What kind of Jewish woman are you, then, if you don’t have so many superfluous, gently used purses that you can’t lift them without aid?

As much as I dislike being treated like a walking Tory Burch wallet, I do wish I could fulfill some of these requests. It’s not like I’m giving money to anyone else; I am also neglecting to donate to political candidates, Kickstarter projects, and all manner of other worthy causes that could use my dollars. If I could donate to anyone, the Jewish organizations would come first. But I don’t have the dollars to send.

And so here I am, in the disquieting position of feeling guilty that I’m not some stereotype of a rich Jewish lady weighed down by excess jewelry. It would be one thing if I was destitute enough to be a recipient of Jewish charity, but being penniless in a mundane, freelance writer sort of way, I am invisible. There is no other category, it seems, no non-monetary way of contributing, no middle ground. (Oh, I know that not everyone wants cash. I know there are volunteer trips to Israel, and Jewish agencies that facilitate long-term volunteer positions in developing countries. Guess who can afford to do that?)

Polls seem to sprout up annually, like panicked spring flowers, claiming non-religious Jewish involvement is declining, and that younger Jews don’t care about Israel, and that all the ties that supposedly ensure continuity are withering. Those claims frighten me, too. But then I think, maybe we do care, it’s just that no one knows it, because we can’t send money.