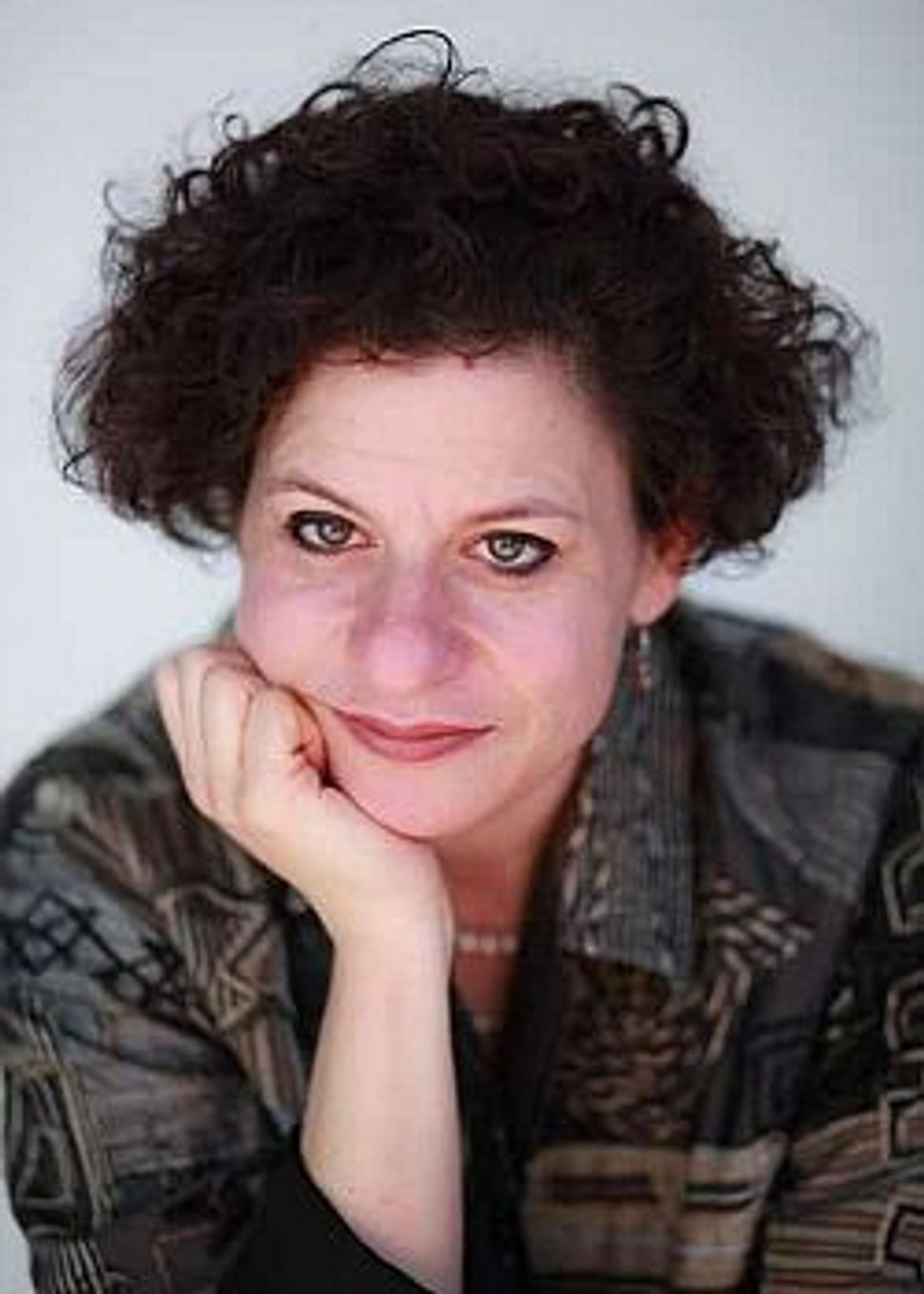 Jodi Rudoren, the Jerusalem bureau chief for The New York Times, is currently covering Operation Pillar of Defense from inside Gaza. Rudoren, who was appointed to her post in May of this year and who had previously reported on presidential campaigns, education and the Midwest for the Times, is covering a war for the first time in her career.

Upon the outbreak of hostilities, Rudoren left her husband and five-year-old twins at home in Jerusalem and headed to Gaza, arriving there Thursday late afternoon. Despite “spotty Internet,” as she put it, Rudoren was able to communicate with The Sisterhood by email from Gaza on Friday evening.

Here is what she shared about being a female reporter among other women war correspondents, what she has seen so far, and juggling being a mother and a bureau chief on the front lines.

THE FORWARD: Where exactly are you in Gaza, and are you able to get out into the field?

JODI RUDOREN: I’m in Gaza City. I am staying at the Al Deira Hotel. I just arrived at about 4:00 pm yesterday and we were out until about 8 pm. Today we were out most of the day — at the hospital; at a public square where a suspected collaborator was executed; in Jabalya, just to the north of Gaza City, where there was an explosion during the supposed truce that killed two people; in Beit Hanoun, a northern border town where an F-16 struck last night; and cruising around a lot. I have been in the hotel since dark though.

You posted on Facebook about sitting at a table in the hotel lobby, which has become a newsroom for foreign press. You wrote, “It’s all gals.” What percentage of the reporters there are women, and how are the men reacting to their female colleagues?

I haven’t done a count, so who knows, but it seems close to half. Women are half of the folks in this hotel (which I’m sure is one of many) and also the group I came through the Erez crossing with. I haven’t seen any reaction from the men. In fact I’m not sure anybody even noticed until suddenly I looked up from the table and realized it was six women, and how cool was that?

I have seen lots of female Palestinian journalists too. Yesterday at the hospital with the Egyptian prime minister there was a huge, loud scrum of mainly men, more than a hundred, many apparently Egyptian, and they were loud and very physical. I was very aware then of being a woman, but it wasn’t a problem and I wasn’t the only one, just a profound minority.

What has the conversation between the women reporters been about?

Mostly about Gaza and Israel and deadlines and Internet problems. When the sirens went off in Jerusalem today, I had a bit of bonding with a colleague who also has a young child — in her case, really a baby, just 1 year old, and her husband is also a journalist, which makes it more complicated. But its not like we’re gabbing about tampons and pedicures.

Does your being a woman affect how you feel or think you can cover this story?

Being a woman (or a man) affects everything, I suppose, but it’s what I’ve always been, so I can’t really say. Working in an Islamic place — similar to working in an Orthodox Jewish place — does make gender more relevant sometimes, like there are all-male spaces where you can’t go, but there are also all-female spaces where male colleagues couldn’t go. I think having women cover wars probably will lead to a little more coverage of how women fare during wars, and that seems like a good thing.

We are hardly the first. Alissa Rubin and Lynsey Addario from my own paper have been heroic war correspondents, and Sabrina Tavernise and Carlotta Gall as well. There was a lot of discussion in Iraq and Afghanistan about how these and other women made reporting on women’s experience possible. They are the brave trailblazers. What I’m seeing now, here, is that it’s normal and hardly thought about.

How is your family handling this? Do your kids back in Jerusalem with your husband understand where you are?

My kids are 5 years old, so no, we haven’t told them that mommy is covering a war. Just that I’m in a place called Gaza. My husband said that after today’s sirens, he explained to them that sometimes sirens go off to just remind everybody to be extra safe and careful, and that if it happened again they might go into a special room. But we’re playing it cool for now. My husband is a hero. We had to cancel his 50th birthday party for this, and now he’s solo with two 5-year-olds for who knows how long in a city he barely knows with a language he doesn’t speak. But he does not complain. Lots of friends — new friends; we just moved there in June — are reaching out to offer him support.

How long are you planning to stay in Gaza?

It depends what happens.