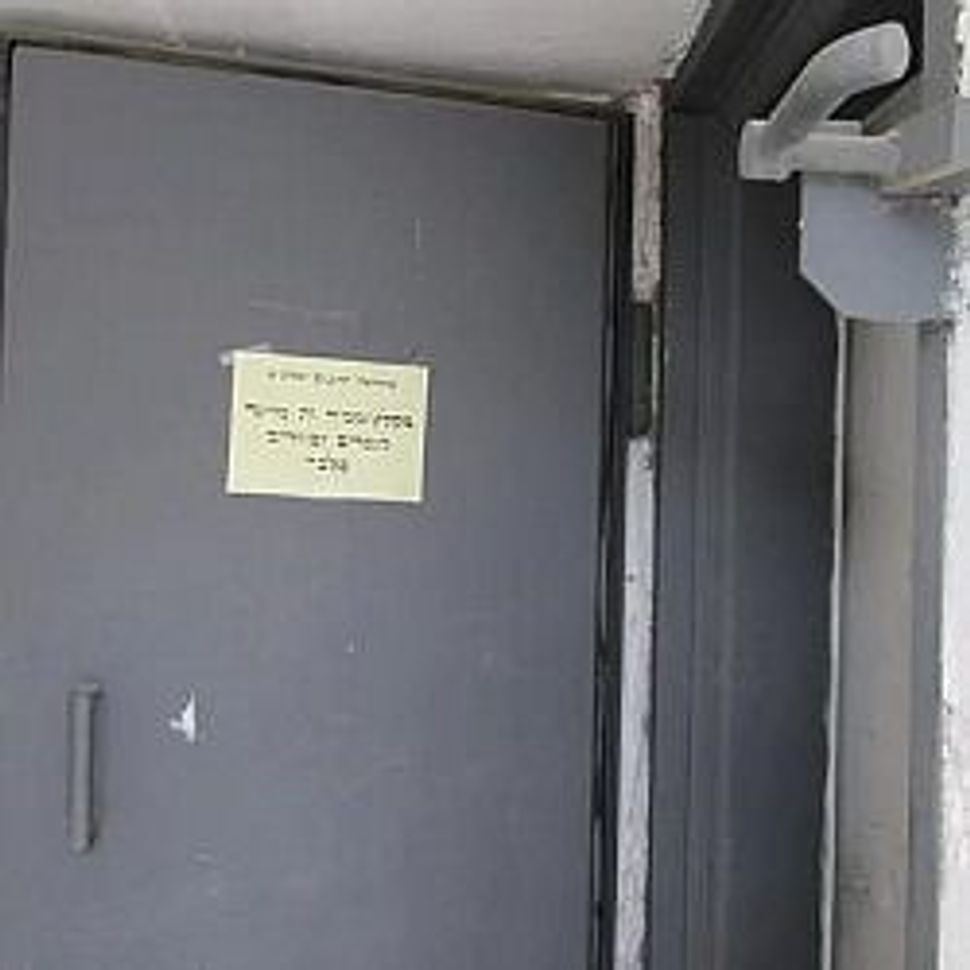 Amid all the Facebook posts about the heart-rending violence taking place at this moment in Israel and Gaza, this photo of a bomb shelter door in Ashdod leapt out. It says that the bomb shelter is only for men and boys.

We don’t know if there is a separate shelter right next to this one, designated for women and girls. Nevertheless, it is gender segregation at its most outrageous.

It reflects how deeply the notion that men and women must be separated at all costs has taken hold — even in life-threatening situations, such as when the sirens sound the alert that rockets are falling.

There may be a women and girls’ shelter next door. There may not be. My Hebrew isn’t good enough to be able to read all of comments this photo has sparked on Facebook, some of which might shed light on the question, and Bing does a lousy job of translating them.

But even if there is, what if going to the female-only bomb shelter requires women and girls to take a few more steps than if they were allowed in this one? What if that puts them in harms way?

I understand that many Haredim feel deeply uncomfortable in close proximity to unrelated members of the opposite sex, since their communities have made this a defining issue over the past decade or two.

And some of the gender segregation strikes me as harmless. Who cares if they have to have separate entrances to wedding halls? But sometimes it goes too far. Insisting on gender segregation on public transportation, for example, means imposing their customs on others. And with these gender-segregated bomb shelters, this Haredi community in Ashdod is taking their reactionary value to a dangerous extreme.

One wonders what has to happen for leaders in Haredi communities to stand up and say that there is a time when a custom, or community value, must be jettisoned for the sake of common sense.

For the sake of saving a life, even the most serious of religious laws may be broken, according to halacha. How much more so for a custom like extreme gender-segregation. After all, isn’t the most important value of all to choose life?