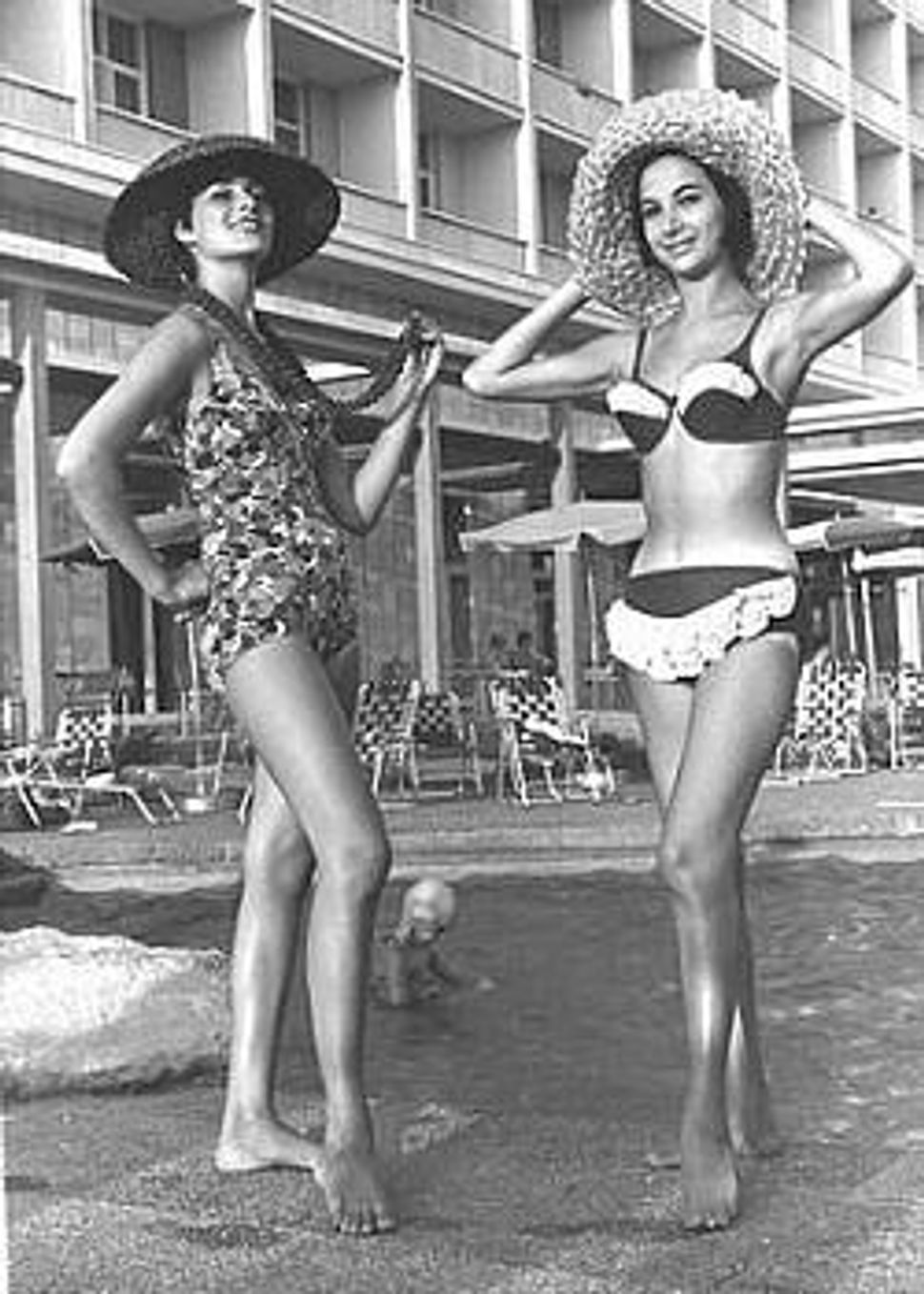 We take lycra and hard-cup bras in bathing suits for granted. But at one time, they actually had to be introduced to beachwear fashion. The person to do so was Gottex founder Leah Gottlieb, who died on November 17 in Tel Aviv at age 94.

Gottlieb, a Holocaust survivor who arrived penniless to Israel in 1949, built a spandex-fueled international empire along with her husband Armin (who died in 1995) and daughters Judith (who died in 2003) and Miriam. Gottlieb, who was born and raised in Hungary, hid with her young daughters from the Nazis while her husband was sent to a forced labor camp. After the war, the couple lived briefly in Czechoslovakia before moving to the new Jewish State.

After realizing that making raincoats (as Armin’s family had done in Hungary) was not a profitable business in sundrenched Israel, the couple soon switched their focus to swimwear. Armin took care of the business side while Gottlieb, known not only for her prodigious talent but also her incredible work ethic, poured her energy into designing the garments.

Indeed, it was the inspired, colorful designs of Gottex swimwear that caught the attention of critics and fashion conscious consumers alike. At one point, everyone from Elizabeth Taylor to Queen Elizabeth II was outfitted in Gottex for beach holidays.

Helen Shuman, who wrote a 2006 book on Gottex titled “Gottex: Swimsuits as Elite Couture,” wrote that Gottlieb’s success stemmed from her approaching bathing suits as one would haute couture. “Leah came up with an idea no one before had thought of: to inject glamour into women’s swimsuits and beachwear,” Shuman wrote.

Gottex began losing market share in the 1990s as the company failed to keep up with changing style trends and manufacturing techniques. Gottlieb sold the company in 1997, but stayed on as chief designer until 2001. In 2005, when she was in her 80s, she started an independent company.

Not bad for a woman who, 60 years ago, had to sell her wedding ring to buy a single sewing machine and some fabric to start a new life in a new homeland.