What Not to Buy Jewish Women 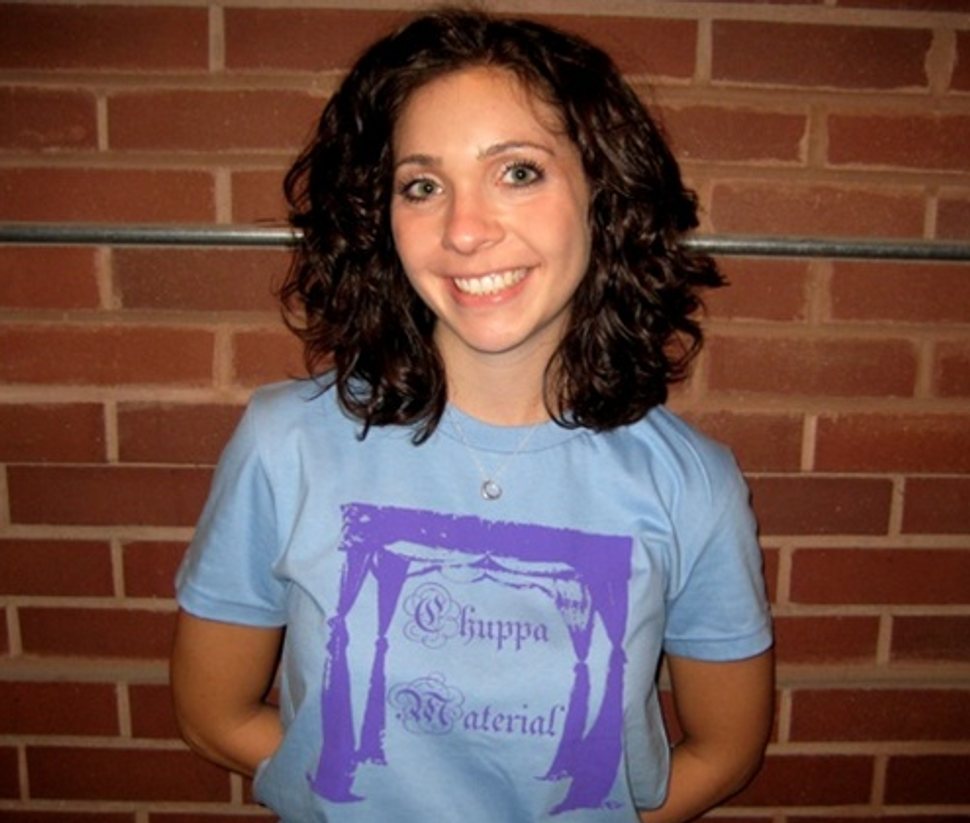 Are you Chuppah Material? Maybe you’re a Challah Back Girl. Do you identify as a Faygeleh Hag?

Kitschy, campy Jewish t-shirt-makers want you to wear their (questionable) slogans across your chest in the form of body-hugging “girl shirts.” They aim to be more clever than the ubiquitous and glittery “Chai Maintenance” shirts sported by every bubbie in Miami-Dade. These retailers insist that their punny purchases are the perfect Hanukkah gift for the tough-to-shop-for Jewish woman. But I present this list as a guide to what NOT to buy, when it comes to novelty, girly Jewish apparel.

Shiksas Are For Practice, $19.95, ShalomShirts
This manufacturer seems a bit confused as to the intended audience for this shirt. At first, the description suggests that Jewish mothers would enjoy it most. Should they wear it around the house and on campus at parents’ weekend as an admonishment to their sons? Or maybe it is for women-on-the-prowl so they can preemptively nag and guilt potential mates into tribalist acquiescence. Theoretically, men could wear this shirt in a larger size to broadcast their intentions (to their mothers, the single Jewish women and the shiksas). A better, more egalitarian girl shirt would read, “Shkotzim Are For Practice,” but it seems that word has fallen out of favor while “Shiksas” has remained in the lexicon.

Double Dutch, $29.95, Moderntribe.com
David Choe, the street artist who made hundreds of millions of dollars when his Facebook office mural-drawing stock option payment vested, designed this shirt. It depicts, in gritty fashion, a Hasidic man, complete with peyes and black hat, jumping rope with what appear to be four little black girls. We suppose the unlikeliness of the pairing is supposed to engender an urban Brooklyn aesthetic — only in Crown Heights, or something — but I just think it’s just tacky.

Chuppah Material, $14.99, Kosherham.com
Like “Shiksas Are For Practice,” this pretty much gilds the lily for bachelorettes seeking a Jewish mate.

Challah Back Girl, $19.95, ShalomShirts
It takes a certain pop-culture savvy to understand this shirt’s reference, but even if you do, the shirt still doesn’t quite make sense. Here’s a translation: “Hollaback Girl” is the title of a Gwen Stefani hip-hop track about cheerleaders and call-and-response cheers, though in urban slang it might carry a whole slew of other meanings. What on earth, then, is a Challah Back girl?

Feygelah Hag, $19.95, ShalomShirts
Oh, where to start? Does any woman truly self-identify as a fag hag, or even find the expression acceptable? We’re all for Jewish reclamation of previously pejorative terms (Heeb, Yid, so why not Feygelah?), but its the “hag” that’s irksome.

Gotta Get Chai, $19.95, ShalomShirts
I don’t mean to pick on ShalomShirts — I’m actually fond of a few of their t-shirt designs and bought one for myself recently. But I find the photograph of a sexualized, stoned and presumptively Jewish model in a “Gotta Get Chai” t-shirt a bit sinister; her pose is too vulnerable.

Kish Mir In Tuchis Panties, $18, rabbisdaughters
Not a t-shirt, but too sassy not to mention. These “kiss my ass” pink undies in a Hebrew-styled font would be fun to wear, but you’ve got to think of your intended audience. On the one hand, you wouldn’t want to alienate anyone with your underwear. On the other hand, it might serve as a conversation starter or a litmus test.

What Not to Buy Jewish Women