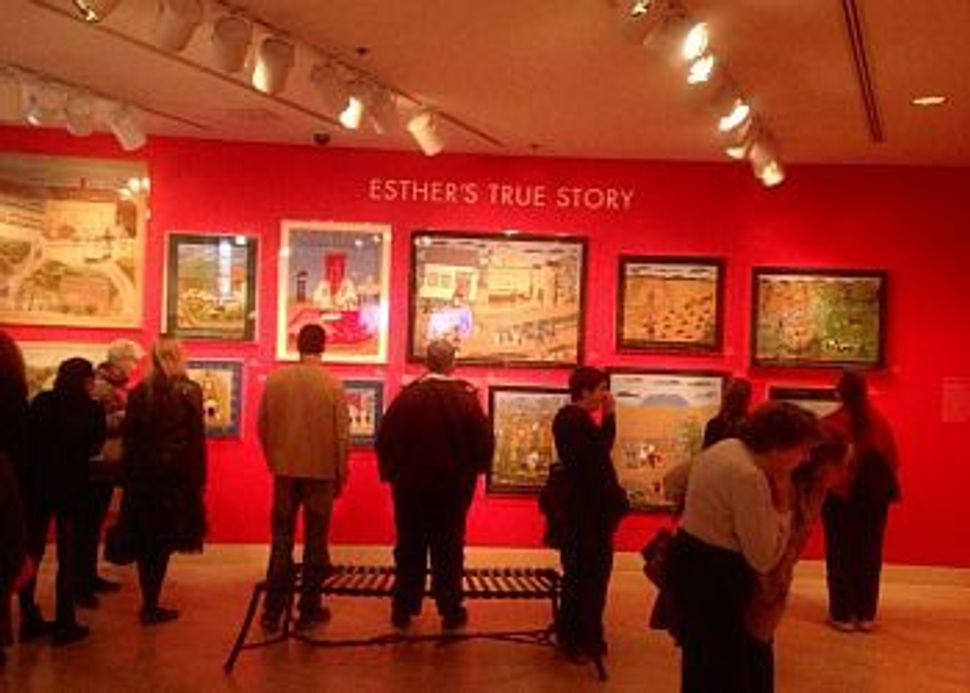 As a child, I was made to feel as though I were the beneficiary of an enormous and exclusive trust that would earn interest over the course of my life. My brother and I had been gifted the rich and complex inheritance of our grandparents’ survival, and none of the other kids we knew had received a birthright so special. It paid out in dribs and drabs, mostly on Friday nights after kneidlach and kugel, until we were old enough to swallow their story whole.

After a potato dish was served, my grandmother might deftly segue like this: “You know, during the war, I used to gather moldy potatoes and bits of coal that fell off the back of a train so that your aunt should have what to eat.” An hour-long recitation would commence, we’d absorb it, and fall asleep during the car ride home dreaming of Siberian soldiers and snowfalls.

Sometimes we made requests. “Tell us about how you found Uncle Henry after he was liberated from Auschwitz,” we might ask. “Tell us again about when the Nazi punched Papa in the face.”

I knew, logically, that many other kids had Holocaust survivor grandparents. And maybe if I had grown up in New York instead of Los Angeles, I might even have known some of them. Instead, I got to feel smug. So when, at the age of 30, a guy I was interested in revealed during our earliest Internet correspondence (no, it wasn’t on JDate) that not only were his grandparents survivors, but that he could share their story with me merely by cutting and pasting a link to the foundation that supports his deceased grandmother’s 36 lush and intricate fabric art panels that detail her survival story, I didn’t know how to feel. I envied. I bristled. I think I even swooned.

Our online exchanges turned into real-life dating, and soon thereafter a relationship. Though we have far more in common than merely our status as grandchildren of survivors, that near-symmetry is never far from our minds. I became very aware of the fact that the more similar two things are, the more glaring their subtle differences become. In some ways, my boyfriend, Simon, has a more beautiful inheritance than I do, and thanks to his family’s efforts, the whole world gets to enjoy it.

Last month I spent Thanksgiving with Simon’s family in Maryland. The anticipation of meeting them was excitement enough, but I knew ahead of the trip that I’d finally get to see, up close, the fabric pictures — constructed using only textiles, yarn, thread and paint—that depict how his grandmother and her sister fled their decimated shtetl as teenagers and impersonated Catholic farm girls in order to survive.

In the weeks before the trip I studied the book “Memories of Survival” and the documentary film “Through The Eye of The Needle”, both of which Simon had given me to learn about the artwork of his grandmother, Esther Nisenthal Krinitz. Photos indicated the level of detail and texture with which the pieces are imbued: tiny distinct faces aboard a deportation wagon, vibrant cornfields, forests, Shabbos candles. But when we finally bounded up the stairs to the pictures’ temporary home — an exhibit at Baltimore’s American Visionary Art Museum — I gaped at their size. I hadn’t realized some of the pictures were more than three feet tall and wide.

The next thing that caught my eye was the large red lettering on the wall that reads “Grandma loves you so much.” It’s a quote taken from the caption embroidered into the final panel in the series, and served as a suggestion to everyone at the museum that this woman, Esther, spent a decade of her life creating these images so that her family, long after she died, might know something of her experience. Yet when I looked up from these words, I saw that the exhibit was swarming with strangers, some of them watching the documentary with wet eyes in the small theater area.

As I followed Simon’s mother around the exhibit as she gave a tour, I thought of my only living grandparent, my 91-year-old grandfather, a talented tailor and fabric artisan in his own right who managed to survive the Holocaust in Russia by becoming an invaluable clothier to Russian officers. He made me coats and costumes. He even made my Bat Mitzvah dresses. It never occurred to him to use his skills to tell me his story, nor did he seek out new ways to tell his story outside of our family. I understand that not every survivor feels inspired to do so. Instead, he simply told us his story over and over again. And we’ve hoarded it. Seeing another survivor grandchild’s birthright in the form of publicly celebrated art doesn’t make mine any less special, but it does make it feel comparatively private.

The deep satisfaction and pride Simon and his family get from permitting and urging strangers to be moved by their Holocaust story looks a lot like catharsis. Would all of us children and grandchildren of survivors do well to find a way to publicize these stories? Would I? Or is the onus on the survivor to make the decision of expression? As I grapple with this, it helps to grow close to a family that has given so much thought as to how to best perpetuate its legacy of survival.

The artwork of Esther Nisenthal Krinitz will be on display at the American Visionary Art Museum in Baltimore, MD until September 2013. The film “Through The Eye of The Needle” will be screened at the Miami Jewish Film Festival January 26-February 4, 2013. Visit artandremembrance.org for more information.