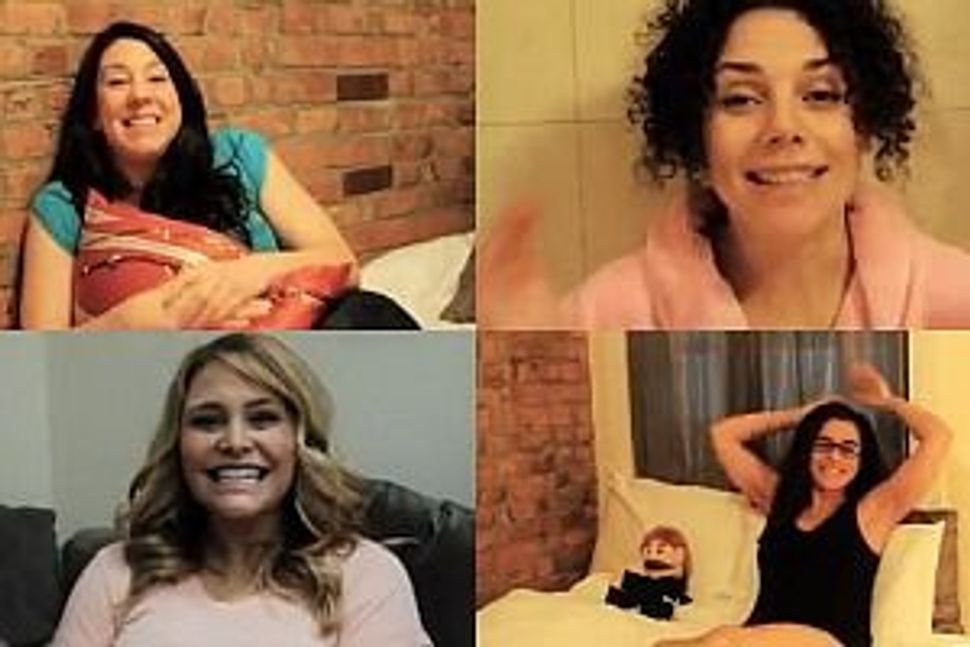 Excuse me, do you know what month it is? December, you say? Actually, it’s Decembeaver — at least according to actress/comedienne Sarah Cooper and her friends.

You’re not familiar with Decembeaver? Neither were we until this video started making the social media rounds a few days ago. It’s basically a spoof on the whole Movember thing — you know, the prostate and testicular cancer fundraising gimmick whereby men grow moustaches for the entire month of November.

Well, if men can toss their razors for a month for the sake of Cancer prevention and research, then why shouldn’t women toss theirs, as well? And just as Movember focuses on letting one particular type of hair grow wild and free, so does Decembeaver. You can probably guess from the initiative’s name what we’re talking about here: pubic hair.

The video is clearly comically commenting on how charity fundraising seems to require one gimmick or another these days, but there is another loud-and-clear message — a critique on the emphasis in recent decades on women’s personal grooming “down there.”

Perhaps for younger women, the idea of letting your pubic hair grow naturally is a radical idea. But for those of us in our 40s and older, who never heard of “Brazilians,” “Sicilians” and “landing strips” in our teens, it certainly isn’t. Sure, we waxed or shaved our bikini lines, but no one ever spoke to us about the need for returning our vaginas to their pre-pubescent states.

The irrepressible British feminist writer Caitlin Moran addresses this very issue in her recently published memoir, “How To Be a Woman.” She devotes an entire chapter in her book to the subject of body hair and writes, “it is pubic hair that is now the most politically charged arena. That palm-sized triangle has come to be top-loaded with more psychosexual inference than marital status and income combined.” She doesn’t mince words, describing a “Brazilian” as “a ruinously high-maintenance, itchy, cold-looking child’s vagina.”

Moran points out that this obsessive need to remove our pubic hair is actually an adoption of pornography practices (it’s all about camera angles and lighting). And in case you haven’t heard, most of us are (thankfully) not involved in that industry. “God DAMN you, mores of pornography that have made it into my undies. GOD DAMN YOU,” Moran writes.

My hope is that Decembeaver extends into January, February, and then continues on forever. Why should women endure all that discomfort and cost in order to look unnatural? Moran says it best: “I can’t believe we’ve got to a point where it’s basically costing us money to have a vagina.… It’s a stealth tax. Muff excised. This is money we should be spending on THE ELECTRICITY BILL and CHEESE and BERETS. Instead, we’re wasting it on making our Chihuahuas look like a skanky chicken breast.”