Do We Really Need Gifts on Hanukkah? 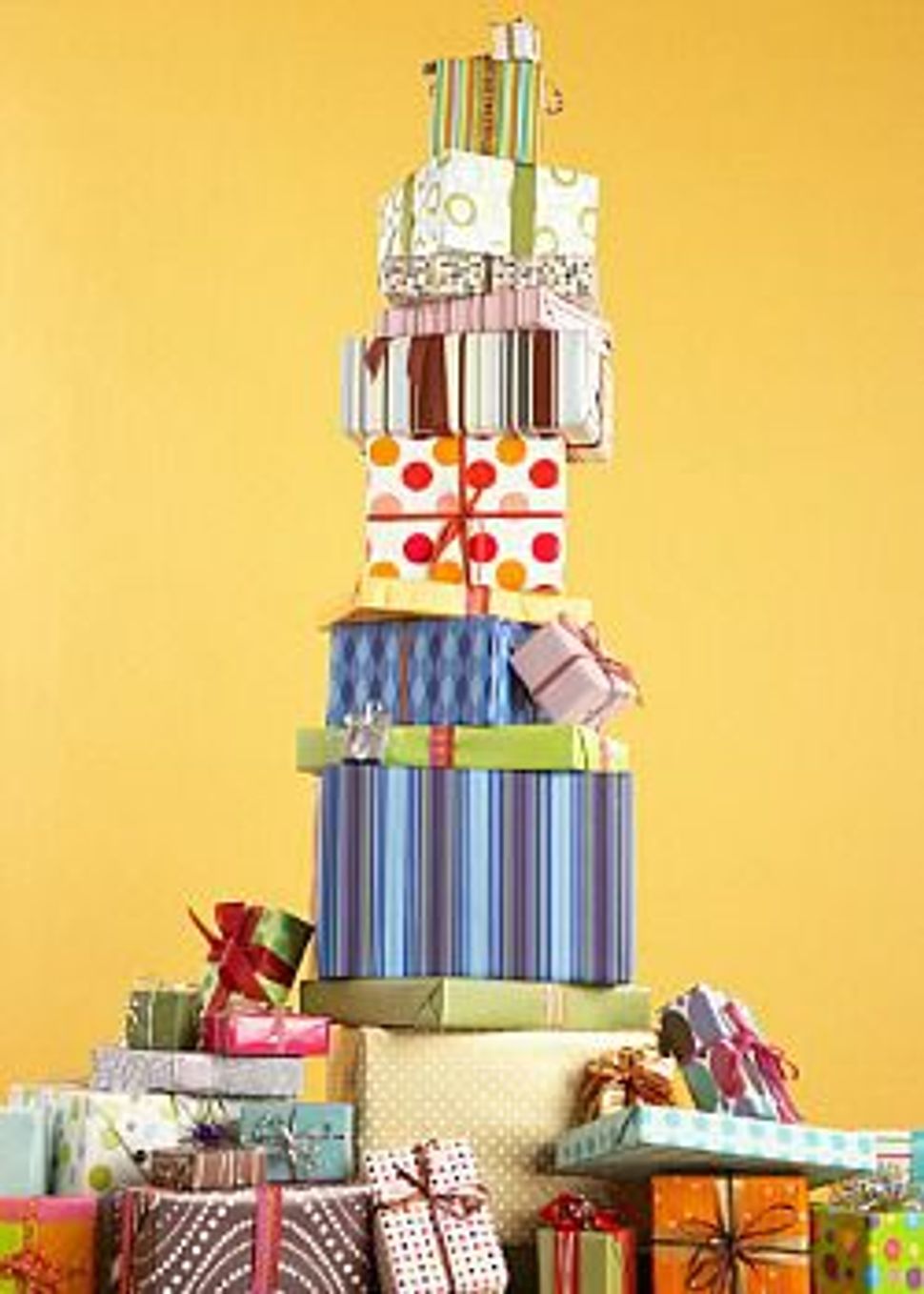 I forgot about Hanukah. If I weren’t ridiculously obsessed with social media, I would probably have continued to forget about it, but my Facebook feed was basically torn asunder by pictures of glowing hanukiot surrounded by smiling people spinning dreidels and cramming latkes into their mouths. Were it not also for my social media “problem” (some might choose to call it that), I also would have missed this excellent tweet by Rabbi Danya Ruttenberg that said, “You know what makes a good radical Hanukkah? Not buying stuff!”

I might have forgotten about Hanukah because I try so hard to blot out Christmas, and since this is the United States of America, advertisers would have us believe they are one in the same. I have a serious aversion to accumulating stuff, especially the idea that giving stuff to one another equals love, especially when we exploit other humans to get that stuff.

The insane consumerism of the holiday season has always made me uncomfortable, but because of Occupy, The Walmart and Hyatt strikes, as well as the recent walk out by New York City fast food workers, my belief that the revolution is imminent has been restored and strengthened. As a kid, I received presents on Hanukkah, but my family operated under the “Don’t be too Jewish” order, and so it was always pretty clear to me that the gift giving was less about celebrating Hanukah than making sure I got gifts like the other kids would, on the “real holiday.”

So I tweeted back to Rabbi Ruttenberg and asked her more about this notion of radical Hanukah. “Ultimately,” she said, “ I don’t think my Hanukkah practice is all that radical. It’s counter-cultural in America, maybe, but it’s not so crazy and far-out in the bigger context of Jewish practice. In short: We don’t give our kids presents. We light candles, sing songs, eat delicious fried things, and try to do something special and fun each night… If we don’t set up the expectation that Hanukkah is about getting new objects, then they will learn that Hanukkah is about something else – lights, family, celebration, all that good stuff.” There’s no culture of gift giving around Hanukkah in Israel, where Ruttenberg’s partner is from, “so it seems even less obvious that this would make sense for our family… It’s about teaching kids that love is more important than stuff, and not allowing materialistic culture to drive my spiritual minor holiday.”

I wonder if it’s possible to deprogram ourselves as adults in regard to Hanukkah and consumerism. In some ways, I think it’s impossible. After all, we’re surrounded by and saturated with capitalism and its machinations. On the other hand, seemingly impossible things happen every day. For me, it’s just as much about resisting the commodification of each other as it is fighting assimilation into Christian culture. It might not seem like it in the weeds of the big box stores, the Black Fridays, the ads, the expectations, but we have a choice about how to decide to mark holidays and show love for one another. We can opt out and we can create other ways of opting in.

Do We Really Need Gifts on Hanukkah?