Right Time to Have Kids? 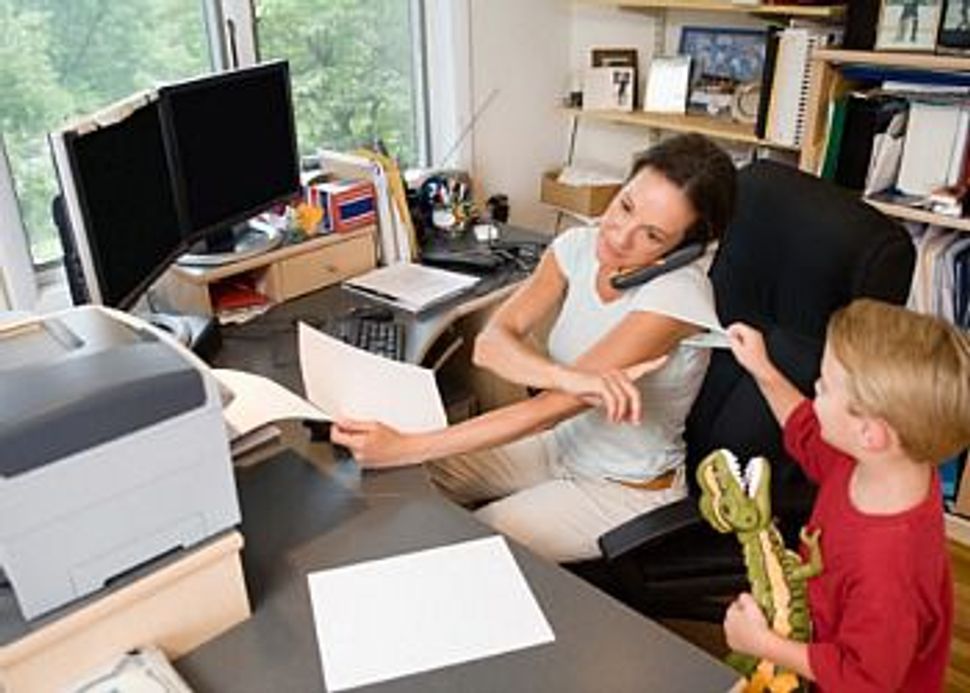 Is there a right time to have kids? This is the question brought to my mind, and many others, by Judith Shulevtiz’s much discussed new piece on older parents in the New Republic.

In the story, Shulevtiz outlines all the reasons it is bad to have kids too old, which really means north of 35. She looks at the physical and psychological risks for the kids and the just plain depressing fact that the later you have kids, the earlier in their lives, and your grandchildren’s lives, you are likely to die.

Okay, older not so good. Got it.

But, as we collectively learned from the past four decades of feminism, having babies during our highly fertile early- to mid-20s doesn’t work out so well for women either. In terms of physical health of mother and child and ease in which women could get knocked up, sure, things were better. But psychologically and professionally, not so much.

Having babies too young limits your chance to do that self exploration so many of us have come to see as an essential part of growing up. In our 20s we are too busy trying out partners and establishing careers, which today tends to mean a few years of poorly compensated internships or, worse, unemployment, before we get off and running. It would be hard to stop a few years later to start raising a child, economically and professionally. And this is assuming you have found yourself a suitable partner to have kids with, unless you have decided to try it alone.

In her response to Shulevitz’s piece, Slate DoubleX editor Allison Benedikt writes about how in some ways she wishes she had started earlier.

So I’m not complaining. But you know what I am doing? I’m wishing. I’m wishing we had started popping out those kids, oh, say, five years earlier than we did, so that maybe, by 40, my bedroom and my sons’ bedroom wouldn’t be separated by a fake wall.

But the fact is, would Benedikt have been able to write that post from her perch as an editor at Slate if she had her children earlier? She spends a line considering this point: “As for my career — I have no way to predict what would-have-been-could-have-been had I started having kids at 27. Maybe I’d be wandering the streets, professionless in mom jeans right now, maybe not.” Though I think that perhaps it deserves more deliberation.

So this leaves us with the late 20s and early 30s as the ideal time for the modern gal to have a baby. Well, as it happens, I just had my first baby last month, 2 days after turning 33, and it doesn’t feel so ideal. (Please credit my slow response time and any lack of coherence to my baby.)

All the wonder and joy of childbirth and early parenthood aside, there is the very real fact that there won’t be room for both hands-on child rearing and dogged professional ambition in my backseat over the next few years. And if I have another child in the next 2-3 years that means that, in order to parent the way I want to, I will have to soft peddle my career for at least another 5 years.

The fact is that while having kids in different phases of our lives will each create a unique set of advantages and challenges, the issue, ultimately, isn’t really age. It is our kids, which Shulevitz hits upon at the end of her piece.

It won’t be easy to make the world more baby-friendly, but if we were to try, we’d have to restructure the professions so that the most intensely competitive stage of a career doesn’t occur right at the moment when couples should be lavishing attention on infants. We’d have to stop thinking of work-life balance as a women’s problem, and reframe it as a basic human right. Changes like these are going to be a long time coming, but I can’t help hoping they happen before my children confront the Hobson’s choices that made me wait so long to have them.

The last four decades of feminism have made tremendous gains for women in the professional realm, but we have yet to settle that pesky problem of caring for our kids in a systemic and sustainable way.

Right Time to Have Kids?