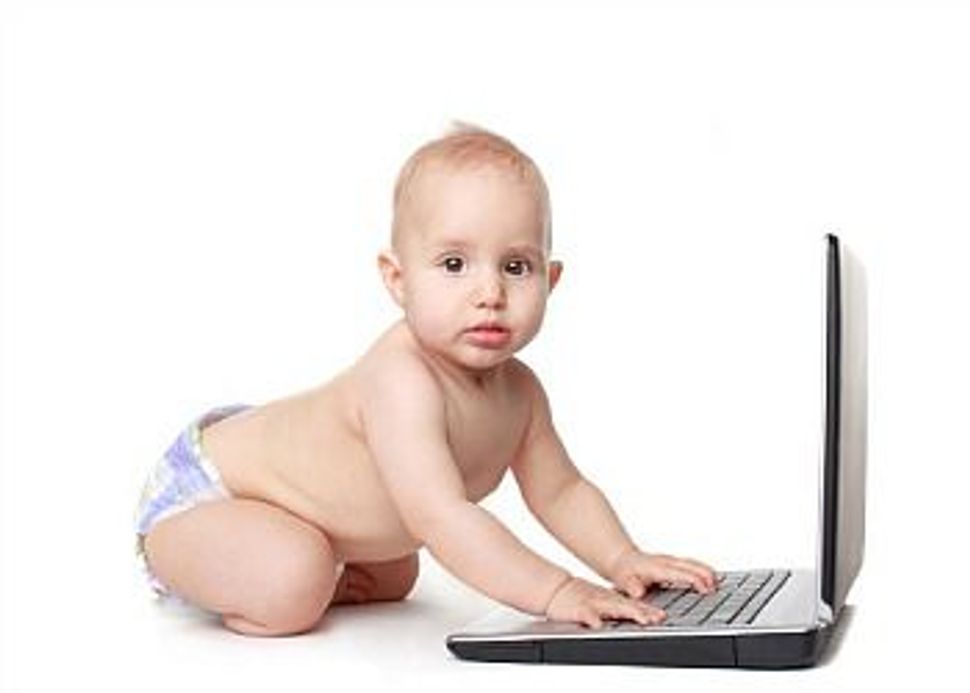 I haven’t posted a picture of my baby on Facebook yet. And I am not sure I ever will.

This kind of absence on Facebook isn’t new for me. I didn’t post pictures of my wedding on the site, and most certainly did not post a close-up of my engagement ring. But the difference is that I didn’t feel guilty about not sharing those things. The absence of any pictures of my child, on the other hand, does make me feel kinda badly because I feel as though I am denying that motley crew that constitutes my group of “friends” of something they would get great pleasure from seeing. But I still can’t get myself to post one.

It seems that this resistance on my part would then be about privacy, and that is certainly part of it. We all need boundaries, perhaps especially those of us whose job it is to disclose details of our personal lives. But still, privacy isn’t the only thing holding me back.

What is stopping me from hitting the “post to Facebook” option on one of the dozens of perfectly edible baby shots on my phone is the feeling that, once they hit everyone’s news feeds, the photo of my baby, my life, will appear just like everyone else’s. He will be just another Facebook baby and will receive all the same comments as all the other babies that fill my feed.

Now I want to make clear that I am not a hater. I have no problem with other parents posting pictures of their little ones. (Though there are some that could minimize the frequency with which they post.) I am often the first one to, very genuinely, proclaim “So cute!” or “Wow, so big!” in the comments box under these images of young children in bathtubs or playing outdoors. But I find the thought of attracting those same comments with a photo of my child unsettling. And this isn’t because I think he or we are exceptional, and deserve more than the regular Facebook baby photo treatment.

Instead, I think it has more to do with processing something as rich, complicated and beautiful as new motherhood through a social media interface. Simply put, I can’t imagine my child, my beautiful boy, as just another baby on Facebook.

I just don’t want that sweet, innocent face that enthralls me for at least half of my waking hours to be something that others quickly scroll past while waiting in line for the bank. The intimacy I feel with my two-month old baby is like nothing else I have ever experienced in my life. The disconnect between my primal love and his face above options including “Like,” “Share” or “Comment,” is just too much.