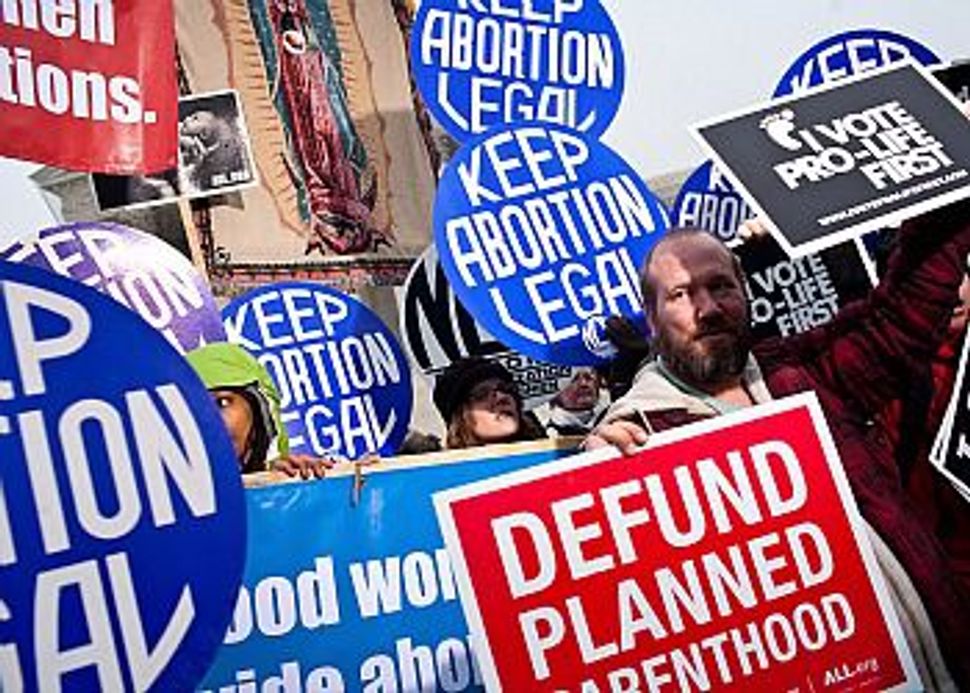 “Carole, do you know what a lamed vovnik is?” a Philadelphia obstetrician/gynecologist suddenly asked me during an interview I was conducting with him in the late 1980s. It certainly wasn’t a typical question a sociologist gets when interviewing a doctor about his medical practice. But Dr. Morris Fischer (a pseudonym) seemed both surprised and pleased that I actually did know to what he was referring.

According to Jewish legend, the lamed vovniks represent the 36 righteous individuals on whose behalf God preserves the world — even if the behavior of the rest of humanity has been gravely amiss. (Thirty-six is the numerical equivalent of the Hebrew letters “lamed” and “vov.”) As the French writer Andre Schwarz-Bart wrote in his Holocaust novel “The Last of the Just”, “If just one of them were lacking … humanity would suffocate with a single cry. For the Lamed Vov are the hearts of the world multiplied, and into them, as into one receptacle, pour all our grief.”

What does all this have to do with Fischer?

I was interviewing him for a study on doctors who performed abortions or who were otherwise involved in the issue in the period immediately before and after the Roe v. Wade decision in 1973. He, like virtually all physicians in practice in the pre-Roe era, witnessed the desperation of women seeking abortions, and the injuries caused by inept illegal abortionists or attempts at self-abortion. Fischer, who had been raised as an orthodox Jew, told me of his struggles to reconcile orthodox Jewry’s opposition to abortion in nearly all circumstances with the suffering from botched abortions he saw in hospital emergency rooms. As he recounted to me, “I began to read, to study. I began to feel that orthodox Judaism was lacking in compassion — that all orthodox religions were lacking in compassion. I felt that one of the qualifications of a good physician … was not just to know what … shot to give, but to be compassionate, and to realize that this woman with the problem [of an unwanted pregnancy] needs help and empathy.”

Fischer became an abortion provider — the sole doctor to do so in his hospital. He encountered considerable resistance from hospital administrators and his fellow physicians. At one point, after the Roe v Wade decision, he threatened to sue his own hospital to allow abortion provision. Not incidentally, he also encountered a fair amount of hypocrisy, as some of his most anti-abortion colleagues periodically asked that he perform an abortion on their wives or daughters. His outspokenness as an abortion advocate occasionally brought protestors to his hospital, and he sometimes had concerns for his personal safety.

In our interview, Morris Fischer’s reference to himself as a lamed vovnik was made in a lighthearted manner. It was a shorthand way for him to respond to my question as to why he stayed committed to abortion care even in the face of various obstacles. But in the years since that interview, and as we approach the 40th anniversary of Roe v. Wade, I have come to think more seriously of abortion providers as contemporary lamed vovniks.

Several years after my meeting with Fischer, violence against abortion providers seriously escalated: Eight members of this community have been assassinated across the country (four doctors, two clinic receptionists, a volunteer escort and a security guard), and thousands more have been terrorized by fire-bombings and other forms of vandalism at their clinics. Aggressive protestors have shown up at providers’ homes, their children’s schools and their places of worship. Abortion provision is regulated like no other branch of medicine, subject to TRAP laws (“Targeted Regulation of Abortion Providers”) in many states that are widely acknowledged to have nothing to do with women’s safety and everything to do with making it financially impossible for clinics to remain open. In more than 20 states, providers are put in the ethically untenable position of being mandated by their state’s legislature to offer patients information that is blatantly untrue, such as the alleged links between abortion and breast cancer, suicide and infertility.

Yet despite these obstacles, these doctors and their equally determined staff remain committed to this work. Why? To return to Schwarz- Bart’s formulation, abortion providers witness the grief experienced by women faced with unwanted pregnancies and feel compelled to take action. As Dr. Henry Morgentaler, a Holocaust survivor who later went on to become the leading force behind the decriminalization of abortion in Canada, explained his life’s work to me: “There was the desire to do something positive in my life, since this life could have been snuffed out … Well, finally I had the chance to do something positive … [I could] try to build a society where children will be loved, and desired, and cared for, and therefore would grow up to be loving, caring persons … A society where there will be no more Auschwitzes and no more Dachaus.”