An Open Letter On Abortion 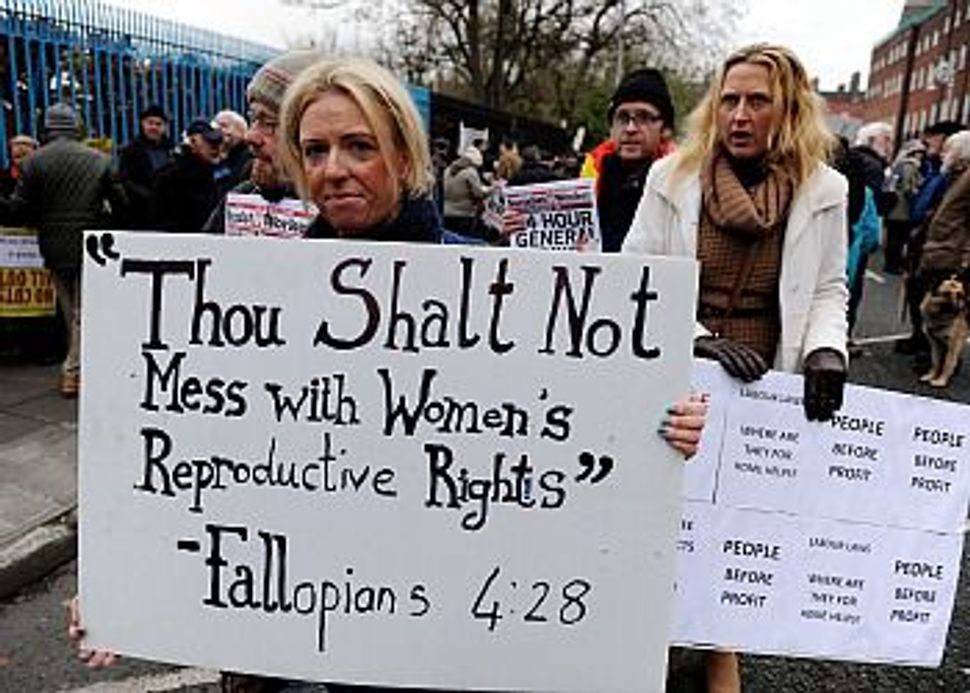 I am not particularly good at letting things go, especially in situations where I know I could have done better. Remember when you asked me in an IM conversation if I thought a woman should be able to have an abortion when she is 38 weeks pregnant? I’ve been thinking about what I could — and should — have said in response for a while now, because what I did say didn’t even come close to expressing what I really feel.

I knew that you wanted me to say no, that under no circumstance should a woman in her third trimester be able to have an abortion — that anyone who thought such a thing is unredeemably evil. And my instinct was to say no, because I felt unprepared to deal with the consequences of telling the truth. I managed to say that I think a decision like that should be between a woman and her doctor. But that was not the answer you wanted.

What I would have said is that a woman should be trusted with all decisions related to her body, and so yes, an abortion needs to be an option at every point of pregnancy. Either you trust women or you don’t. It’s that simple.

When you say you don’t think this procedure should be available, I think what you meant is that you don’t believe women can or should be trusted to make their own decisions, or that you think there couldn’t be any possible reason for deciding to make such a choice at such a time (other than the people who do this must be monsters). But there are many, many reasons. Maybe all the stigma around abortion had you frozen in terror until then. Maybe you learned there was something terribly wrong with the fetus, something that would mean it wouldn’t live very long or that its life will be painful — and you don’t think you can handle it. Or, you wanted to get an abortion immediately, but because of the lack of access to a clinic or a provider, you had to wait to get the money together, or the child care, or the transportation. Maybe by the time you organized all of these things, you were already in your third trimester.

I know what you’re going to say — that if you get to the third trimester, you should just have to give birth, no matter what. That’s where you and I depart, likely to the point of no return. I don’t think a woman should ever lose autonomy over her body. I don’t believe she should have to do anything with her body that she doesn’t want to do, and that includes being pregnant. And I don’t believe that there should be a point at which she loses that choice.

As we’ve seen in the last year, and well before, it’s not a far fall from the notion that all abortion should be illegal to declaring contraception unpalatable, to believing and perpetuating extreme and wrong ideas about rape. I often hear people say things like, “Well, abortion is fine, as long as it’s not used as birth control” (abortion IS birth control, everybody) or “Abortion is okay for other people, but I would never have one.” These types of comments drive me insane because they’re clear proof of how the stigma of abortion has reached even folks who believe in the integrity of women’s bodily autonomy. And so, dear friend, when you asked me your question, I fell into that trap myself. I was afraid to say what I believed, and I was afraid to believe it.

We’re not going to agree, you and I. Because this isn’t about sweet, chubby, vulnerable babies. This isn’t about friends, and it isn’t about being liked. It’s about whether or not we really believe all women are worthy and entitled to being seen as fully human individuals with complicated lives and the discernment to know what is best for themselves, and to be trusted to make that decision, without coercion or stigma.

An Open Letter On Abortion