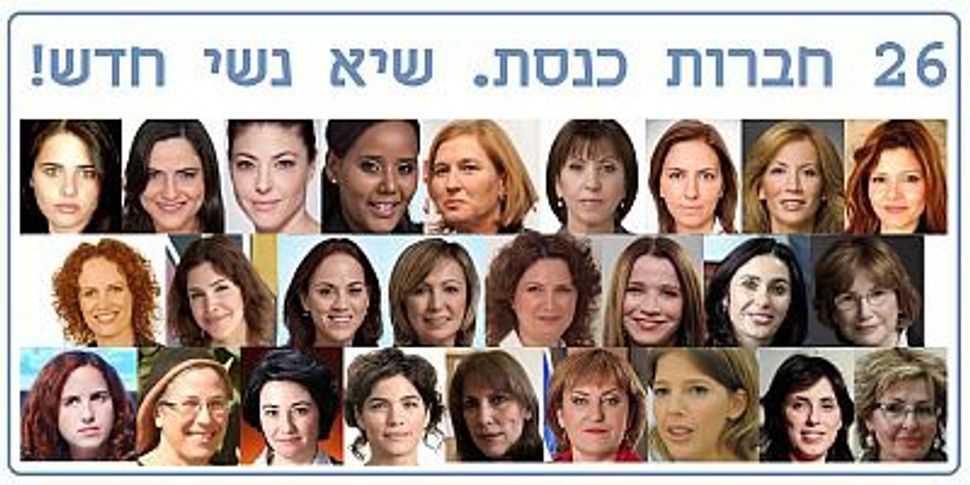 Amid all of the speculation about post-election coalition building, let’s not overlook the exciting fact that a record number of women will serve in the 19th Knesset. With yesterday’s vote, the number of seats occupied by female MKs has risen from 22 to 26.

This means that women comprise over 23% of the Knesset. While this statistic does not come close to representing the proportion of women in Israeli society, it is better than the situation in the U.S. Here, a record 98 women were recently elected to Congress, but that represents only 18% of all those serving on Capitol Hill.

Clearly — and thankfully — very few Israelis heeded Religious Zionist leader Rabbi Shlomo Aviner’s (out-of-touch) warning that women, for the sake of modesty, should not vote or run for the Knesset. Sorry, Rabbi, but it’s obvious that more and more Israelis think a woman’s place is in the house. That is, the Jewish State’s house of representatives.