When Abortion Was Illegal 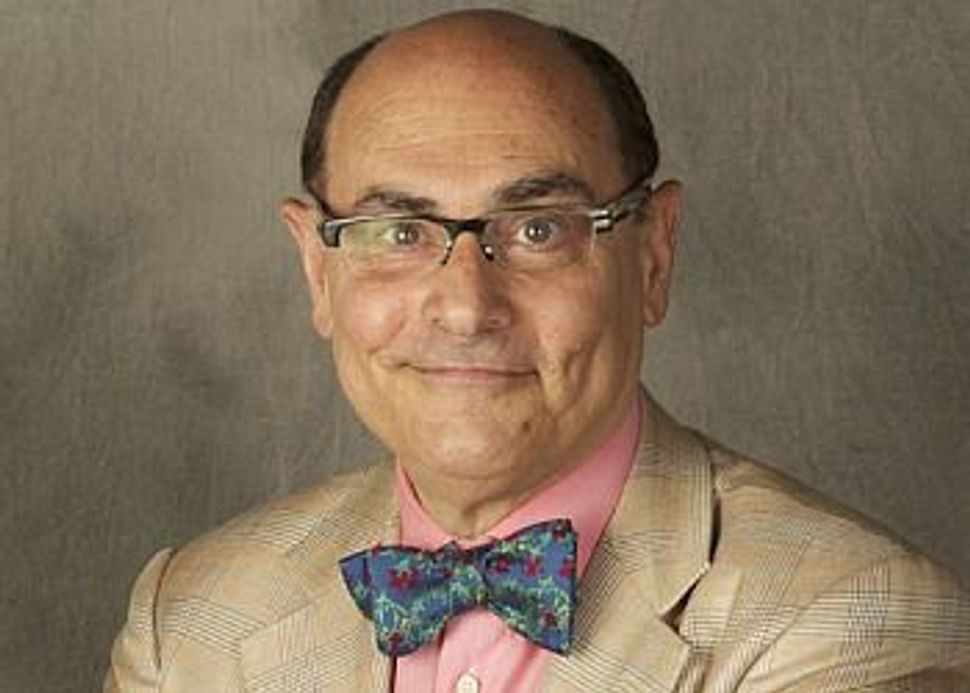 Richard Marker is an advisor to philanthropists, founder of New York University’s Academy for Grantmaking and Funder Education, and co-principal of the firm Wise Philanthropy. He is also an ordained rabbi. In 1968 and 1969, when Marker was in rabbinical school at the Jewish Theological Seminary, he worked part-time as a chaplain at Rutgers University, and then at Hofstra University.

One day he counseled three Rutgers students who were distraught because their friend had died after having a back alley abortion. At a time when abortion was illegal in America, it led him to become a member of the Clergy Consultation Service, whose members referred young women in search of abortions to places where they could have the procedure done safely. Part of the idea behind the Clergy Consultation Service was that clergy were less likely than others to be prosecuted for providing abortion referrals, since they were believed to have legal protection of privileged conversation similar to that afforded lawyers.

As we mark the 40th anniversary of the landmark 1973 United States Supreme Court decision Roe v. Wade, which made abortion legal, The Sisterhood spoke with Marker about what was life was like at that time for young women facing unintended pregnancy, and about his experience as an activist trying to help them. When he began, he was 23 years old. (It is worth noting, as Linda Greenhouse has in a New York Times blog, that last year alone 19 state legislatures enacted a total of 43 new restrictions on access to abortion. Six states accounted for more than half the new restrictions, with the ever-reliable Arizona leading the pack with seven.) This is an edited and condensed version of the interview.

THE SISTERHOOD: What was it like before Roe v. Wade?

RICHARD MARKER: Most younger people really don’t understand what it was like before abortion was legal. Younger women in particular today take for granted the right and think the whole thing is a political skirmish.

Sexual mores had changed profoundly just since 1965, when I graduated from college. Coed living became a norm, but when I was in college women had to sign in and out of their dorms, and had curfews. By 1968 sexual behavior changed, and people just were not prepared. Especially in the days before Roe v. Wade there was a lot of fear. A lot of fear.

The coat hangers were not just metaphors, they were real. Women did not have ready access to birth control. Even to go to a drugstore and buy a condom required a lot of courage for men. Women just wouldn’t do that. It was a totally different culture then.

For back alley abortions women would go to anybody. It was so secretive. They would go to [have it done in] somebody’s kitchen or after-hours clinic. Some were reliably done by medical personnel and some were not. Some people who did them were in it for the money. It was all based on word of mouth.

What got you involved?

A group of female students came to me to tell me a friend of theirs had died in a back alley abortion. It was three young women who were very, very upset. It shook me up tremendously. I was not prepared to deal with it, and that awakened me. Before that, I have to admit, I wasn’t attuned to the whole issue.

I found out that there were some rabbis involved in the Clergy Consultation Service and somehow I tracked them down.

Where would you send young women?

I learned that people who had money in those days typically went out of the country, mostly to [hospitals and clinics in] Puerto Rico and England. New York was not the most lenient state in those days. Pennsylvania had a more lenient position. Any doctor could authorize an abortion, and there were a number of psychiatrists you could refer people to. Doctors in Pennsylvania said if a woman’s psychological health was at stake they could authorize early termination in a hospital. I grew up in Philadelphia and my mother was a psychologist, so I had some connections to psychiatrists.

How many women did you counsel?

Dozens of women over a number of years. Once you started doing this at a university level, everybody finds out about it. I did draft counseling and abortion counseling. There was no pattern that they were Jewish. Some were, some were not.

Every once in awhile someone would come in assuming they were coming into an office where they thought they would be able to get a safe abortion. It was awkward. It was a very hard time for women.

What did you learn from the experience?

I learned that this was not a political issue, and it was clearly a woman’s choice. Men who assume that they should have the right to make these decisions were frankly wrong. I learned something about the elasticity of religious traditions.

Most important, despite rhetoric you hear from people opposed to women’s choices, women did not enter this cavalierly. At that time, especially Catholic women, assumed that they could time it [sexual intercourse], that there were times [of the month] you couldn’t get pregnant. They would get pregnant and couldn’t believe it.

There were all sorts of situations where people got pregnant even though they thought they had done everything to prevent it. IUDs and diaphragms were inconsistent in those days. It wasn’t because people didn’t take precautions. These were unwanted situations and people took them very seriously.

There was nobody equipped to talk about these things. No schools were providing information that we take for granted today. Today it’s there. But it just didn’t exist then.

Who came to you for referrals?

In the main these were people who were clearly shook up. They felt there would be no understanding in their families, that they didn’t have a choice. On the whole they didn’t come with boyfriends. Occasionally, yes they came with a boyfriend. Usually they would come on their own or with a friend. There was an element of shame, an element of fear, of risk, an element that unless this was done right their life was about to be turned upside down.

When Abortion Was Illegal