Why We Have So Many Clothes 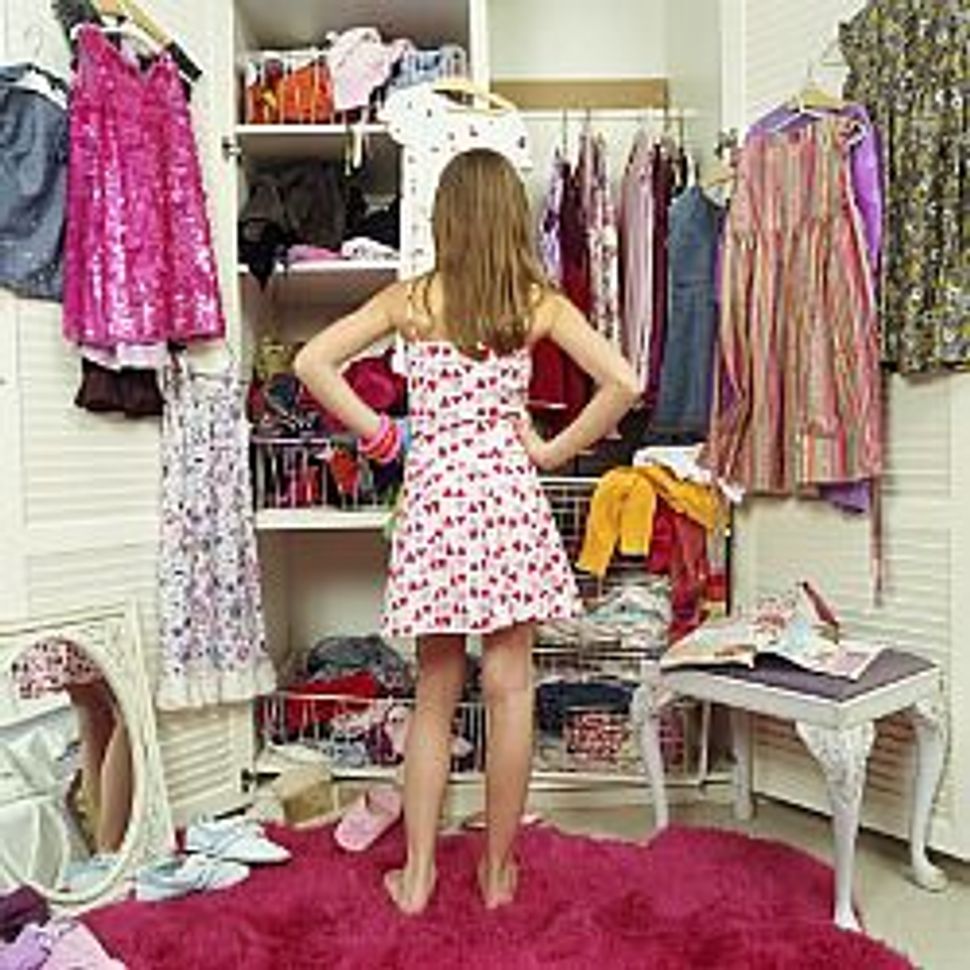 Feel like you have nothing to wear despite a closet full of clothes? Lisa Wade at the blog Sociological Images has written a compelling post explaining why. Her theory is that women need to constantly dress the part, whether at work, at a party or at a family event. We can’t be too “flirty” when we need to be “proper,” or too “cheeky” when we should be more “old-fashioned.”

Women’s closets are often mocked as a form of self-indulgence, shop-a-holicism, or narcissism. But this isn’t fair. Instead, if a woman is class-privileged enough, they reflect an (often unarticulated) understanding of just how complicated the rules are. If they’re not class-privileged enough, they can’t follow the rules and are punished for being, for example, “trashy” or “unprofessional.” It’s a difficult job that we impose on women and we’re all too often damned-if-we-do and damned-if-we-don’t.

As evidenced by the over 20,000 likes this post has on Facebook, it is safe to say that many of us agree. Dressing is hard, and not just because we are all bananas about fashion and obsessed with looking cute or chic. Instead, it is largely driven by our desire to fit whatever part we are playing at that moment.

Wade mostly focuses on how much we adapt our levels of sexiness for specific situations, but that is hardly all we have to account for when we get dressed. The reality is that there are a whole bunch of things to be signified in the semiotics of lady clothes.

And then there is weight, because ladies should never look fat. No. Matter. What. So we need some things for when we are on the slimmer slide, and a few back-up pieces for those days when the zippers aren’t laying flat.

We also need to adapt region by region, because what says “relevant” and “casual” in New York, can read as “I take myself way too seriously” in Los Angeles and “elitist” in Kansas City.

Yes, men need to make a few adjustments to their wardrobes as well to account for these differences. But they are way less drastic than our wardrobe changes.

So what do we do about this? I suppose we could indict fashion and protest by wearing burlap sacks around. But I don’t think this is the answer.

Instead, we might want to take our clothing choices even more seriously. Not on a day-to-day basis of finding the perfect outfit, but on a broader level of thinking carefully about what we wear in certain situations and what it says about us. This doesn’t mean that there is a right or wrong, or that we should all follow certain conventions. But rather, we should try to dress in a way that feels honest and reflective of who we are and how we feel instead of what the situation or the tradition demands.

It was this type of thinking that provoked a group of radical women to ditch their corsets and, later, to step into pants. Clothing and fashion can be our friend, be only when we realize that we can call the shots.

Why We Have So Many Clothes