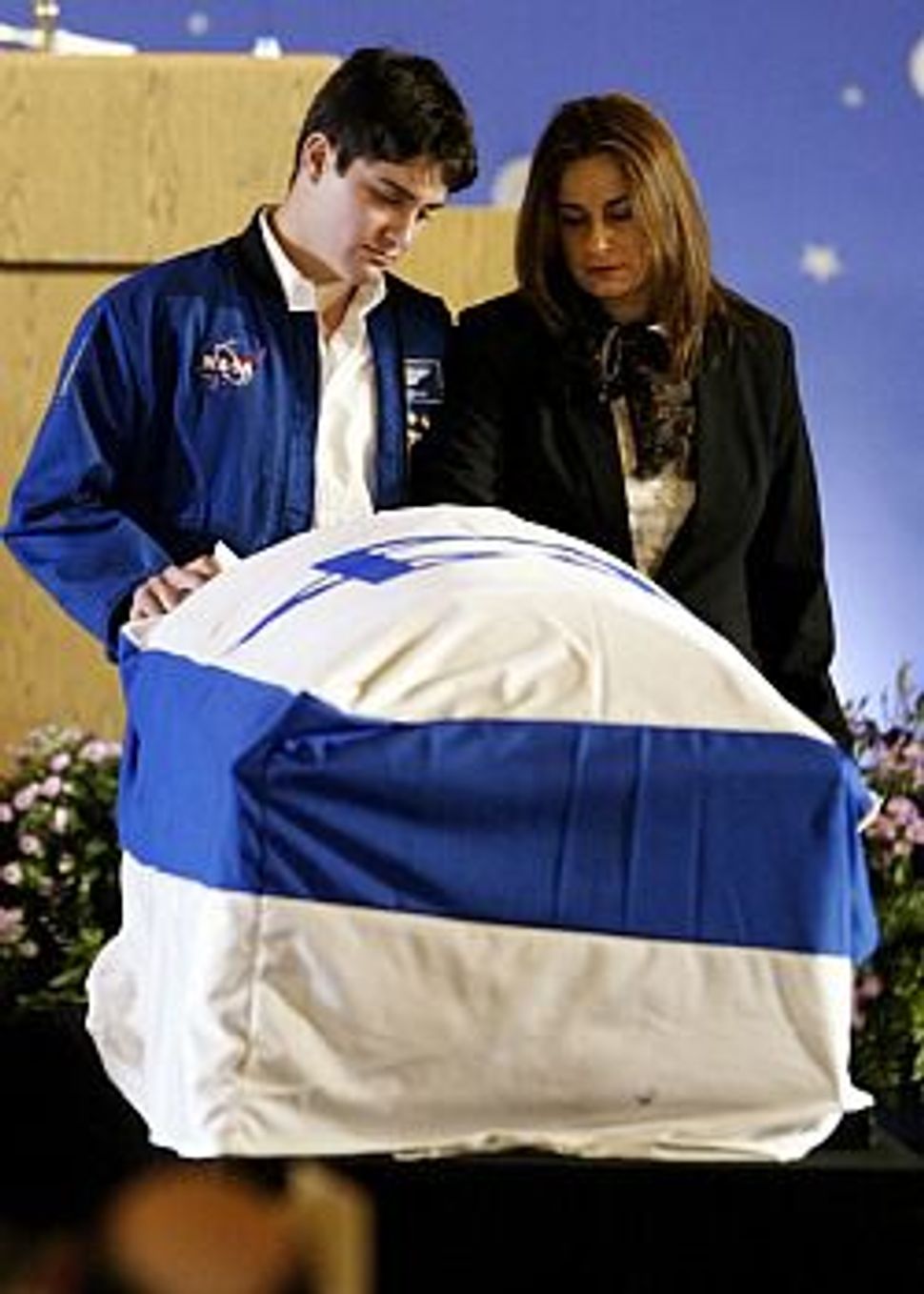 It was February 1, 2003, at 4:30 PM. My family and I were sitting in the car on our way to visit long-distance family members. This was supposed to be a big day: Ilan Ramon, the first Israeli astronaut and an old family friend, was supposed to land at Cape Canaveral, along with six fellow astronauts. Ilan Ramon’s voyage to space was the most talked about topic in the Israeli media. We followed Ramon and his family from the moment of the takeoff, through his videos from space, and the romantic song his wife dedicated to him from millions of miles away. We all saw him as a symbol of Israeli achievement. He was the one we all believed in, the one we were all united in admiring.

We had all been waiting for Feb. 1, the day when Ramon would step out of the space shuttle, wave to the cheering crowd, hug his wife and kids, and return home a hero. Even while on the road, we did not want to miss the historic moment, and so my father turned on the radio to listen to the roadcast of the landing. I will never forget the moment when we realized something went wrong. My mother started to cry. My father caught his breath. I asked what happened, and slowly began to understand that Ramon would never again step outside the shuttle — would never be reunited with his family.

Rona Ramon was supposed to be the happiest woman in the world that day. After waiting patiently, standing by husband and supporting his career, she was ready for it all to pay off. After moving with their young children to a family residence at an Air-Force base; after moving to the U.S. for NASA training; after 16 sleepless nights while her husband was outside of Earth’s atmosphere, Feb. 1 was supposed to be Rona’s day.

Within seconds, that day of joy turned into a day of grief. Within seconds, Rona turned from the wife of an astronaut to a widow, left alone to take care of their four children. That day, she became a symbol here in Israel. We all hugged her, even if not in person, wanting to tell her that everything would be all right. She would be protected. She would never be alone. She would gain energy from the public, puting on a brave face and trying to adjust a life without her hero husband.

When the time came for her eldest son, Asaf, to recruit to the IDF, Rona faced a dilemma: He wanted to become a pilot, like his father, and she, as a widow, was required to sign a special form allowing her son to join a combat unit. Later on, in interviews, she said that the decision was not easy to make but that she didn’t want to hold her son back from fulfilling his dream. n 2009, only three months after graduating at the top of his class from an IAF flight school, Asaf Ramon died in an accident during a routine training flight.

I can’t find the right words to explain the atmosphere in Israel when the news struck. It was something between shock, sympathy and true sadness. By letting her son follow his dream, Rona suffered a tragic loss all over again. “Unfair” can’t even begin to describe that situation. Here was a woman willing to make sacrifices for her loved ones, only to be struck by lightnight — twice.

Last week, she was interviewed by one of our national papers,”Yediot Haharonot.” Ten years after losing her husband, three years after losing her son, she appeared on the cover picture. Her mouth almost appears to smile, and her eyes show great sadness but also wisdom. From the top of the world, she suddenly fell to the ground, and the minute she stood back on her feet, she was kicked again, back to the ground. In the interview, she said that when she and her family lived in Texas, while Ilan was training for his flight, it was in some ways the happiest time in her life. She also said that her youngest son, Yiftach, wants to recruit to a combat unit, and that she will not prevent him from doing that.

“In the past couple of years, I said goodbye to innocence. I am saying this from a place of acceptance. What’s done is done, and I have no control over it. … At first, I remember me asking ‘why.’ I came to the understanding that this brings us down with sadness, and that there’s no answer…”

I read those lines, and cannot help but feeling just how powerful Rona Ramon is. She has been through an unbelievable journey, and she’s still able to say such words. After all she’s been through, she still believes that each person has the right to fulfill his or her destiny , which is why she established the “Ramon Foundation,” meant to encourage young people to make their dreams come true.

To me, Rona Ramon is an inspiration, a source of admiration. By her words and actions, she proves that anything, even the very worst, can be tramsfpr,ed into something good. She shows me, and many others, that kind, giving people still exist in this world, a world that seems hopeless all too often.