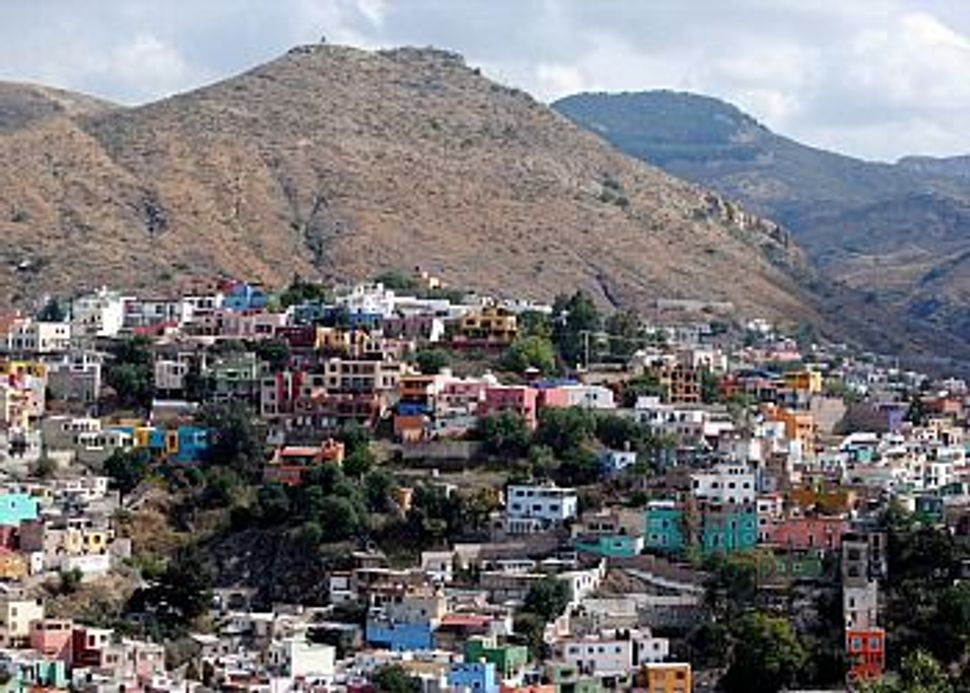 I recently spent several weeks studying Spanish in Guanajuato. It’s an important historical city in central Mexico, where influential mines once stood and where the first battle of the Mexican War of Independence took place. Guanajuato is also a predominately Catholic city; my host family had large paintings of Catholic saints, ornate crosses and other Christian décor in every room of the house. Outside, every restaurant I ate in and every bus I rode bore prominent symbols of the faith.

In many ways, this city was like nothing I had ever experienced before. At the same time, it felt surprisingly familiar.

I have great Christian friends in the U.S., and I have been invited to decorate their Christmas trees and join their families on Easter egg hunts. But being in Guanajuato was different. The feeling of faith and religion in this community was far more intense and palpable. In my short time there, we celebrated two Catholic holidays I’d never heard of before: Los Dias de Los Reyes and Levantar Al Niño Dios. The first, which falls every year on Jan. 6, commemorates the arrival in Bethlehem of the three Wise Men, Melchior, Gaspar and Balthazar, who followed the Star of Bethlehem bearing gifts of gold, frankincense and myrrh for the baby Jesus. The second holiday, which can be celebrated any time between Jan. 6 and Feb. 2, marks the day the baby Jesus was presented in the temple by his parents and formally ends the Christmas season.

Despite feeling like the only Jew in town, I experienced no exclusion or anti-Semitism. Instead, I was offered a special opportunity; in Guanajuato, I found I was able to be openly Jewish, and to grow Jewishly, while still immersing myself in a new culture and religion very different from my own.

One night during my trip, I took a taxi home and my driver asked, “¿a dónde vas?” (Where are you going?) I told him my address. His next question was, “¿Es usted católico?” (Are you Catholic?) “No, yo soy judío.” I replied. He looked momentarily puzzled, processing my Jewish identity, and then the moment passed.

This experience, while initially unsettling, ultimately made me feel a strange sense of understanding. How many of us have been in Israel and had an Israeli say to us in the very first moments of meeting, “Are you Jewish? Are you going to make aliyah?” The people of Israel and the people of Guanajuato share this fierce sense of pride about who they are and where they live, and they also look to share that feeling with others.

What’s even more interesting is that Guanajuato reminds me of Jerusalem, another city carrying the responsibility of history and tradition while also facing the financial challenges and tough choices of modernization. Aesthetically, they even look similar. Guanajuato is reminiscent of a rainbow Jerusalem with its architecture, its valleys, its mountains and its past.

During one weekend of my trip, I traveled to Mexico City and was startled by how high-tech, hip and cool the city felt. It was worlds apart from the historical tranquility of Guanajuato. Again, I couldn’t help but draw connections to Israel, with Tel Aviv’s modernity creating stark contrasts to Jerusalem’s more serious milieu.

I’m humbled by the chance to travel to all of these places and to visit incredibly holy sites for both Catholics and Jews. I know travel is a privilege. The wall of my hostel in Mexico City said, “Traveling is fatal to prejudice, bigotry and narrow-mindedness.” The warmth and hospitality I received was invaluable, and I also feel grateful that being Jewish and having a relationship with Israel only deepened my connection to and understanding of the city of Guanajuato.