When Do We Become ‘Women?’ 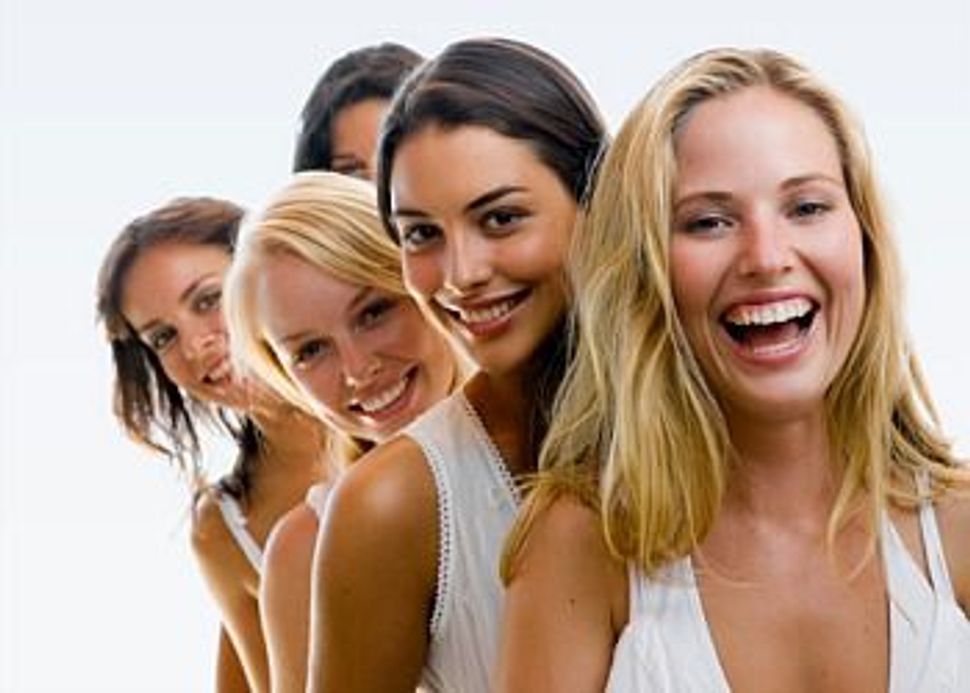 When do you become a woman? As in, someone that your friend or colleague actually refers to as a “woman.” It is is certainly not after your Bat Mitzvah (will get back to that later), nor is it when you graduate from high school, or even college.

Today, the age of a woman who most of us feel comfortable calling a “woman” is being pushed further and further back; I personally hesitate or feel awkward using the term for anyone under 45. The issue is, many of us also feel the same about using “girl” for anyone over 25, and even that feels a little iffy. So basically for approximately 20 years there seems to be no appropriate term to describe people with vaginas.

Women long for an analog to “guy,” something that messages mature but not stuffy. “Gal” would technically fit the bill, but it hasn’t made much traction.

What has risen up as the informal but respectable term for women before they are “women” is the term “lady.” Ann Friedman over at The New Republic digests:

But now, “lady” splits the difference between the infantilizing “girl” and the stuffy, Census-bureau cold “woman.” (Both still have their place—just not in the witty conversation that young feminists want to be having.) It’s a way to stylishly signal your gender-awareness, without the stone-faced trappings of the second-wave. It’s a casual synonym for “woman,” a female counterpart to “guy,” commonly used in winking conversation between one in-the-know woman and another.

For older feminists interviewed for the piece, “lady” still rubs them the wrong way. “What is wrong with ‘women’?” Katha Pollitt asks in an email to Friedman. “Does that sound too fat and hairy for today’s young females?” But for younger feminists the term “woman” just sounds too serious, too matronly.

I don’t have a problem with the ways in which smart young females today, including myself, have re-appropriated “lady” as a warmer and cheekier alternative to “women,” but I can’t deny the fact that the use of the term is linked to our new 40 is the new 30 and 30 is the new 20 attitudes towards aging. In short, we don’t want to look or seem old anymore. Scores have been written about this extended adolescence, and it seems like the road to adulthood just keeps getting longer and longer.

The other day I watched Nora Ephron’s classic “When Harry Met Sally” (it had been years), and I was shocked to see Sally and her friends wear power suits and structured hairdos to a casual brunch and talk about their experiences dating in their early 30s. Today we associate looks like that with, well, “women.” I am in my early 30s and still cruise Urban Outfitters from time to time, and am only mildly shamed by the fact that I do this alongside 15-year-olds in crop tops.

The fact is that being a “woman” is not seen as an opportunity, but rather as an end. And not just the end to leggings, slouchy sweaters and publicly acceptable bed head, but also the end of the joy of self-discovery and doubt. “Women” are fixed entities; “ladies,” not so much.

And this is where I return to the Bat Mitzvah. When observed, in one form or another, it allows us to present the identity of “woman” in a more positive tone. “Glee” themed parties and botched haftorah portions aside, this type of institutionalized rite of passage links becoming an adult to being part of a system and community in which your actions matter. The reason it works, and comes off as positive, is that the rules are clear. We know what “woman” means in this context.

But in the world at large the rules aren’t clear; markers of maturity, including employment, marriage and motherhood, are no longer reliable in determining whether or not someone has left girlhood and become a “women.” So the phrase continuously gets punted off to those who are so close to menopause that calling them anything but a “woman” seems ludicrous. In short, it becomes all about age.

Maybe one day “woman” will lose its matronly sting, but before that we will have to have a better sense of what it means. For now we are still working on what it doesn’t mean.

When Do We Become ‘Women?’