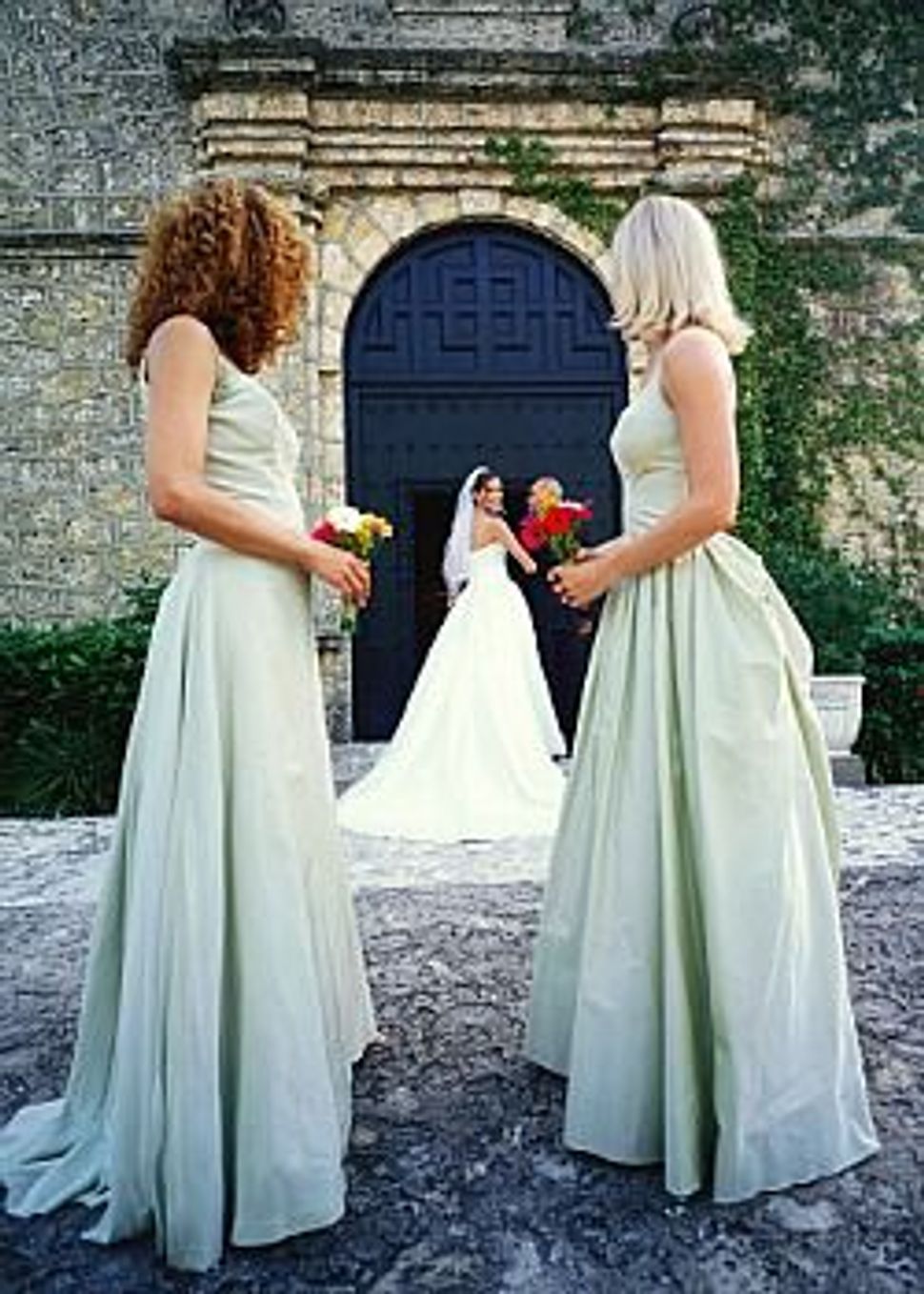 Oh, so much to react to in this New York Times story about women who spend years planning their weddings before meeting their grooms! First, the mixture of recognition and horror. I’ve always had ideas about the kind of wedding I’d like. Friends’ nuptials as well as ads in magazines have given me examples to react to, so I have a sense of what I find pretty or creative or too tacky for words. But I’m not obsessed with weddings; I just like plans.

I look at houses though I have no desire to own one. I think about baby names though I’m not having a baby anytime soon. I peruse astonishingly cute foster kittens though my current building does not allow pets. For me, this kind of daydreaming has always seemed like a harmless way of solidifying my taste. Now I know that Sphinx cats freak me out, that I strongly dislike ranch houses, and that I would never name my child Chardonnay. And I know, after being a bridesmaid in three weddings, that if I get married I will not have bridesmaids.

Still, I regard pre-booking your wedding entertainment nine years ahead in the same way I view awful traffic accidents in the opposite lane. I would never call up wedding planners when there was no wedding in sight. I would not curate a Pinterest board called “Someday My Prince Will Come,” or register on wedding websites while single, or shop for my own engagement ring. It’s admittedly a fine line, but that is where I draw mine.

However, the quickness with which the Times article and some of its “experts” jump to dismiss and diagnose these single, wedding-loving women bothers me, too. Is this really “a way of … refocusing their anxiety away from their real concern, which is meeting somebody?” Or is it just a hobby, like reading cooking blogs or planning vacations you might never take?

And then there’s Jezebel’s response to said article — and with it oh, so much more to react to. The piece starts off asserting that the problem is not groom-less wedding-planners but rather society, which teaches “little girls … that their wedding is the most important moment of their life.” In the next paragraph, though, editor Katie J.M. Baker claims there is “nothing wrong with having fun planning an elaborate wedding with your partner … but … women who obsess over the particulars of their wedding day for years before they even have a groom in mind is indicative of a major cultural problem.” Why little girls would learn this damaging lesson from singles poring over TheKnot.com, but not from couples choosing floral arrangements together, I do not know.

“We should be judgmental,” Baker goes on to say, “because this shit is a massive waste of time.” (Unlike, um, reading the Times Style section and Jezebel?) As she sums it up: “Planning a wedding without being in love is … sad.” And again, it’s a so-called distraction — in this case, “from the fear that you’ll never connect with someone whom you want to share your life with.” Is it, though? Might it not simply indicate opinions on table runners or an over-developed love of event planning? Why isn’t organizing your real upcoming wedding a distraction, too? The women I’ve known who have lost hours of productive work and school time, who damaged friendships beyond repair, who became frazzled messes for months on end, did so with sparkly diamonds firmly in place on their left hands. I have to wonder why it’s only wedding-obsessed single women who are getting the blame here.

And then there’s that other missing piece, the one whose absence is the cause for all the uproar: the man. Though he may not exist, I’m not convinced he’s really missing.

Since I first thought about weddings, or even dresses and bouquets and first dances, my ideals have changed substantially. The destination has become City Hall. Roses have morphed into wildflowers. My small-to medium sized guest list has shrunk to one or two witnesses. And, as I’ve gotten older, experience and growing awareness of demographic trends have taught me that though I always assumed I’d marry a Jewish man, and always wanted to, that possibility is increasingly unlikely. As a putative Jewish groom disappeared from my wedding images, visions of hand-sewn chuppahs and artful ketubot faded away as well.

The planning of a wedding might be the staging of one day, a superficial display of a woman’s preferred aesthetics. But there’s a lot of meaning hidden in those decisions of Caribbean beach vs. Catholic church or ivory puff-ball vs. red mini-dress. The groom, despite seeming like a cog indiscriminately fit into a pre-made machine at the last minute, might in fact be the key, the part whose specific characteristics are being dreamed of all along.