Israel Must Apologize to Ethiopian Jews 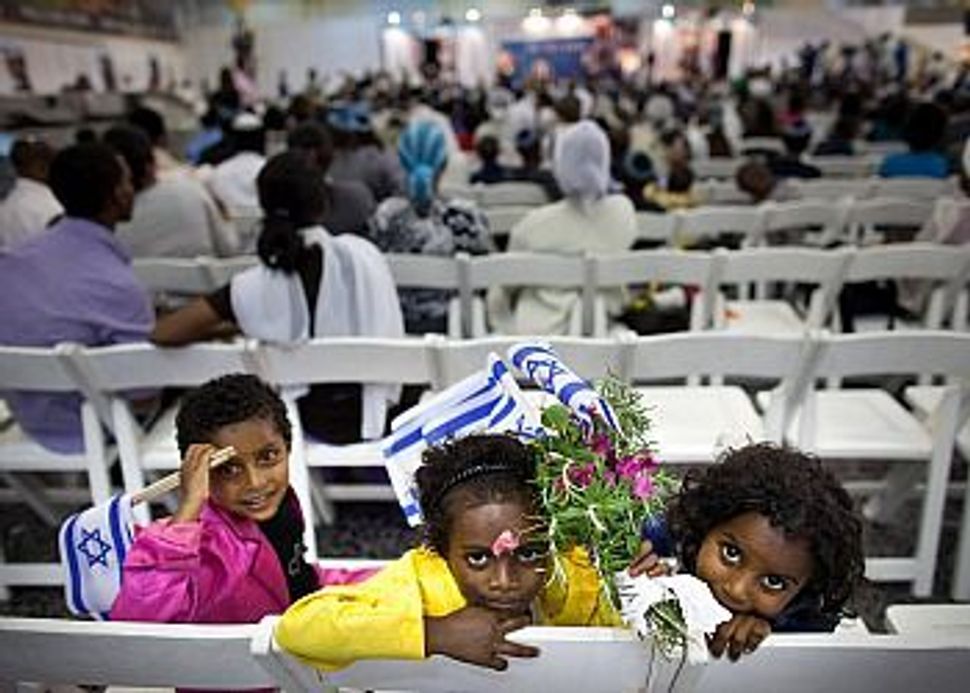 New Jewish immigrants during a welcoming ceremony after arriving on a flight from Ethiopia. Image by Getty Images

The recent admission by the state of Israel that it has been clandestinely using Depo-Provera, contraceptive injection containing the hormone progestin, on Ethiopian Israeli women is just the beginning. Israel must apologize and make restitution to the victims.

There should be an apology by no less than the Prime Minister, not only to Ethiopian Jews but to all Jews worldwide, that their leaders are sorry for participating in such a deplorable and inhumane act.

Israel’s behavior goes far beyond insensitivity, bureaucratic ineptitude or an everlasting cultural-gap between Ethiopian and non-Ethiopian Israelis. And it is now approaching borderline racism. There are many reasons to question the state’s attitude towards the Ethiopian community, including the disposal of donated Ethiopian blood due to a perceived fear of AIDS transmittal; an apparent institutionalized housing racism that was loudly protested exactly one year ago, as well as the forced “conversion” of many Ethiopian Jews upon their relocation to Israel.

Israel is treating Ethiopian Jews in 2013 very similar to the way the United States treated its African American community during the 1940s, 1950s and 1960s. Indeed, these are not isolated incidents against the Ethiopian community; this treatment was meted out to the Yemenite community in the “Yemenite Children Affair,” where Yemenite babies were reported to have died or to have disappeared after their parents came to Israel and in fact were kidnapped and given or sold for adoption to European-born Israelis and American Jews.

Israel claims to be an enlightened state because it delivered the Ethiopian Jewish population from the backwaters of a third world country, providing a standard of living that Ethiopian Jews would never have attained at home. And therefore immigrant Ethiopians in Israel should be satisfied with living in a trailer in the middle of an industrial backwater compared to a hut in native Ethiopia. This same argument is used by pharmaceutical companies trying out their medicines in African countries, with little remorse for the victims.

This thinking implies that Ethiopian Jews should be thankful for everything they have been given — and should aspire for no more. But it is a disservice to the state of Israel and all Jews worldwide. Ethiopian Jews have a long and rich history and culture that surely adds to, rather than detracts from, the beautiful mosaic that is Israeli society and world Jewry.

What are the psychological scars that Ethiopian Jews must now endure? They live in a state that has clandestinely attempted and succeeded in decreasing their birth rate by 50% over the last 10 years. Children represent the continuation of culture, history and the growth of a people, as well as a religious decree that is given to all Jews. As God said to Noah and his sons,” be fruitful, and multiply, and replenish the earth.” Is the state of Israel once again denying the Jewish identity of Ethiopian Jews?

And what of the women who are now left childless? Families that were never started? Husbands that left the wives because of their perceived inability to conceive? To many women, being a woman is not complete until she gives birth. Depriving these women of that right and that gift is unconscionable. The repercussions are far and wide and will require time and certainly counseling to heal. Unmentioned are the negative health effects that this drug has brought unto countless of women and their families.

Israel must act decisively to right this wrong. It must alert all women that were unknowing recipients of the drug, and provide mental and physical health support to these women and their families. It must write new laws to ensure this does not happen again — to Ethiopian Jews or any other minority group. And it should begin a state-wide campaign of education on the strengths and benefits that Ethiopian Jews contribute to Israeli society.

The actions to steer Israel in the right direction is not just limited to the government but a concern for each citizen, and each must be willing to play their part.

Beejhy Barhany is the Executive Director of the Bina Cultural Foundation.

Israel Must Apologize to Ethiopian Jews