Letter to Myself at 20 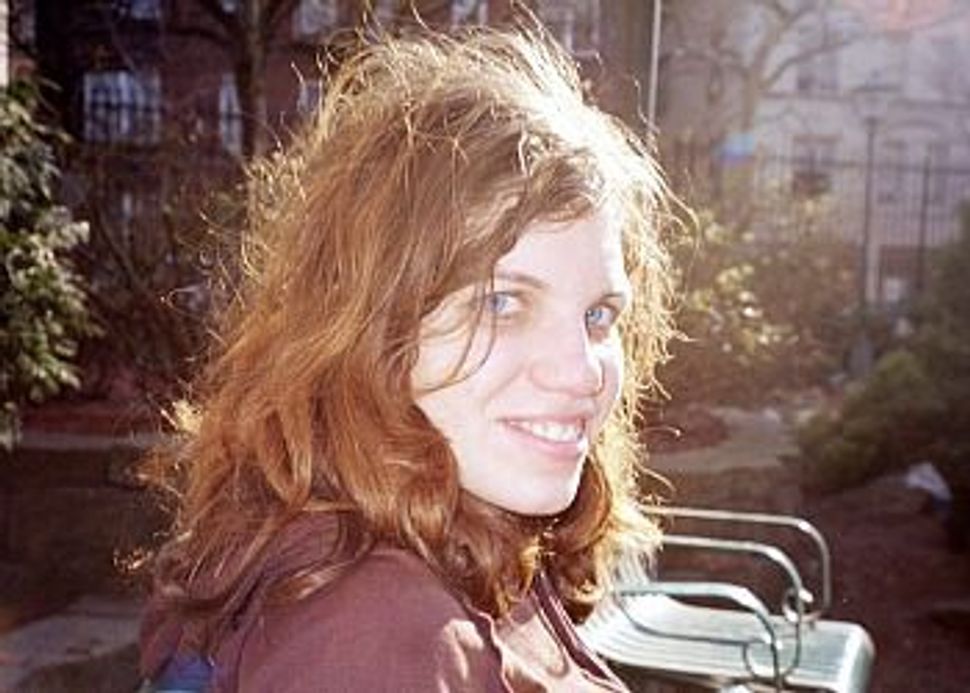 Right now you are embarking on your 20s, a moment that Hollywood tries to sell to young women as carefree and glamorous. But as our culture has increasingly acknowledged over time, your 20s are actually confusing and difficult. Having officially survived them, I am writing you a guide to the expected and unexpected things that will befall you and the culture at large over the next 10 years.

I see you’re starting the epoch with age-appropriate celebration: drinking wine from jugs, jumping up and down in the middle of a sweaty dorm room during a party in your and your twin brother’s honor, and hastily-composing Shakespeare papers in between the festivities.

On your mind right now: friends! boys! boys who are friends or maybe more (or maybe not at all)! You’re like Hamlet, you feel, surrounded by high drama. You will soon comprehend that it is all in fact petty, not Shakespearean at all. Maybe a minor comedy at best.

Things are about to change: you have no idea about this, but your next year of single-girl shenanigans is going to be your last. First, you are about to take a break from your university and go to France and Ireland, where you’ll convince yourself that obligatory debauchery is actually meaningful because it occurs near famous rivers and cathedrals. You’ll read Yeats when hungover and scarfing down cookies by the package. Savor those cookies; they are flavored with poetry, whisky and irrepressible youth.

Then you’re going to return and melt with joy when you hear little girls singing the Hanukkah Song on Broadway because … other Jews! They don’t have too many of those in Ireland. Back at school, you and your roommates will move off campus and host never-ending parties. One guest will be the love of your life. You’ll both sense that you’re probably too young to meet the love of your life, but you’ll tumble into love anyway and stay there right up until the moment you two say “I do” and beyond.

On second thought, lap up the drama now. Because in a twist, your 20s will not be filled with awkward first dates and broken hearts, but instead intense talks about the nature of marriage and commitment, and eventually signing a (secular) ketubah. Meanwhile your compatriots will be doing this vicariously fascinating thing called online dating Also there’s a social network called Facebook, plus a tool called Twitter. Hold on; you’ll learn about all that soon enough.

Here’s the downside to your romantic good fortune: You’re going to drift apart from many of the girlfriends you thought would be yours for life. People change in their 20s, and smoking in bars (which is going to be banned soon, pretty much everywhere) while making acidic observations can only hold you together for so long.

At times, life will be worse than you can imagine. You will suffer the loss of one friend far too early, and recall him at every milestone, every year. People your age will get sick. They will mourn their parents and their last few grandparents, and be exhausted by their jobs and lose their jobs. All this difficult stuff happened before, by the way, but you didn’t see it as much because you were in an adolescent haze.

Brace yourself; your twenties are going to be hard. You think right now the future looks like a mix of exotic travel and thrilling jobs at various newspapers and magazines. But you’ll stay in New York and half of those magazines will have folded by the time you are twenty-five. Instead there will be lots of pitching stories and following up and chasing down freelance checks, and sitting at your desk drumming your fingers, wrestling with things like mortality, the societal expectations of adulthood and your own dueling senses of entitlement, inferiority and fear.

The writing and teaching you know you’ll do will be more laborious than you can imagine. Teaching (which is really hard) is often just coaxing recalcitrant teenagers to write just one more sentence. Writing will often entail this form called “blogging.” It’s just beginning to become prominent even as you sit there eating your curly fries at the campus hangout after your 20th birthday party.

Oh, and if you’re feeling guilty about those curly fries, here’s a pleasant surprise: In your 20s you will stop fretting about your weight! Sure, you’ll wring your hands about whether your lipstick/cleavage/high heels/wedding plans/reading habits prop up The Patriarchy, but you’ll be finished with diets. You will turn stridently against capitalism — but simultaneously you’ll find that web technology makes shopping for shoes online quite easy; this will become very, very tempting.

You’ll move many times and pay so much rent it’s absurd. But in retrospect each apartment will cradle memories: the tiny yet horrifying mouse coming out at the same time each day; your friends piling on your couch to watch Justin Timberlake on HBO (if you think the new Justin Timberlake album is awesome, wait ‘til you hear the next one, then wait a long, long, long time for the follow-up.). You will receive snazzy kitchen accoutrements like French ovens and you’ll actually care about them. You’ll cook big dinners on Sundays and watch a show written by a Jew about sexist, racist ad execs in the 50s. TV like this is going to surpass movies as the high art form of the day.

Here’s a parting dose of comfort. You will stay close with some friends, the ones who slept over at your house in high school, the ones who take road trips to see you for those college birthdays. You will toast 30 together, zip each other into wedding gowns, double date, skype date, trade trashy books, cry and pay shiva calls together.

And then in your late 20s you’ll encounter another unexpected turn: a group of new friends from grad school and your professional life who are “mature” and “grounded” — words you’re actually going to use someday — but who love to laugh. They will wish you a happy 30th in Brooklyn — yes Brooklyn, where everyone will hang out while you opt for the long the train ride, you stubborn Manhattanite you — and tell you that your 30s are really a woman’s best decade. And you’ll be so fond of them, in a drama-free adult kind of way, that you’ll maybe even believe them.

Take care of yourself!

Letter to Myself at 20