Women of the Wall: Canaries in the Coal Mine 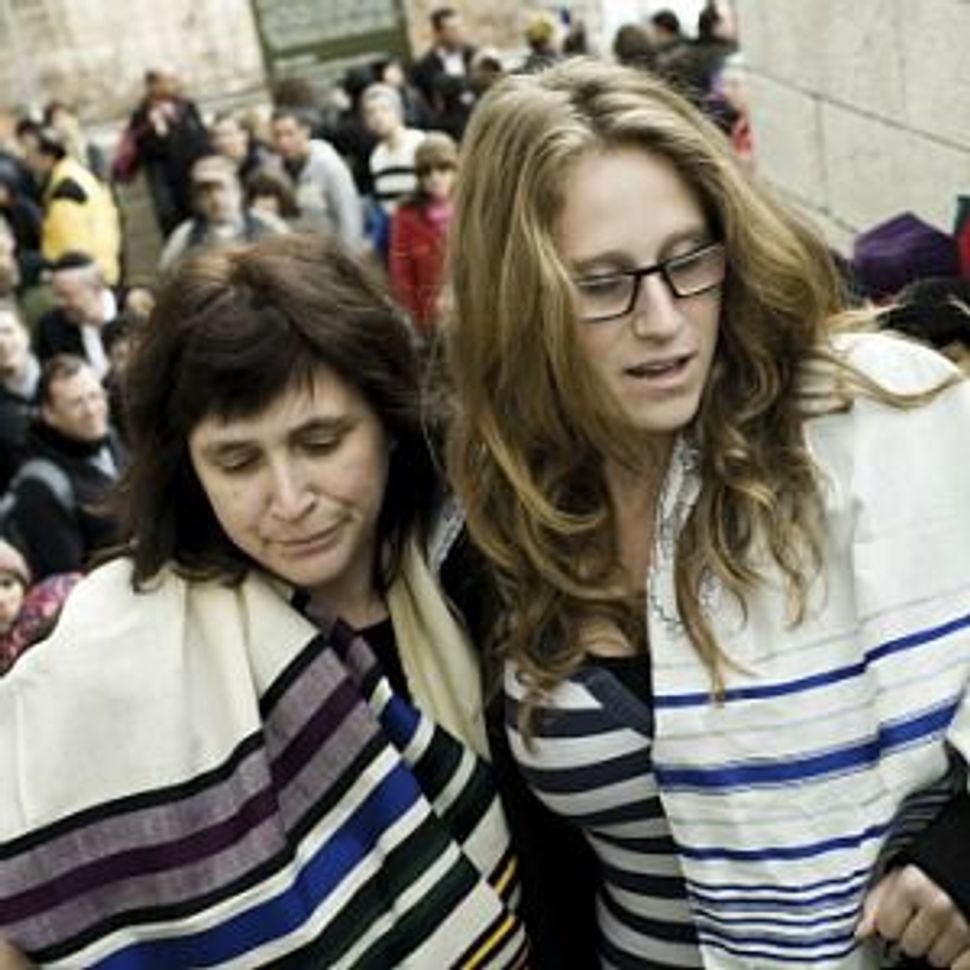 Ten women were arrested by police at the Kotel Monday morning after celebrating the start of the Jewish calendar’s most joyous month, Adar, while wearing their prayer shawls. This time, they had a large crowd of supporters and were joined by several of the men who, as young soldiers and paratroopers, liberated the Kotel in 1967, at the conclusion of the Six Day War.

The arrested women included WoW chair Anat Hoffman and American Rabbi Debra Cantor, who was one of the first women ordained by the Conservative movement, and American-born Rabbi Susan Silverman, who was detained with her teenage daughter Hallel. Silverman is a sister of comedian Sarah Silverman, who offered the best post-arrest commentary with a tweet praising their “ballsout civil disobedience.”

As always, coverage of WoW reflects the perspectives of those doing the covering, and some of it is bitterly angry. Arutz Sheva, which has a right-wing Orthodox perspective, included a headline making it sound like WoW’s prayer service was a terrorist attack, Allison Kaplan Sommer noted on Facebook.

Rabbi Avi Shafran, who works for Agudath Israel of America, wrote a piece (one of several he has written about WoW over the past few years) in the Los Angeles Jewish Journal last month, calling WoW “rabble-rousers” and comparing their presence at the Kotel to a child bringing peanut butter into school when other children are allergic to it. He dismisses most of those who “flock to” Hoffman’s side as “political agitators.”

Shafran’s expectation that all women should accommodate the needs of Haredi men not to hear women’s voices is, unfortunately, typical today.

WoW are the canaries in the coal mine when it comes to how women are treated in the increasingly Haredi-ruled Orthodox world, where restrictions on our comportment continue to grow. Today it is a world where even young girls in Orthodox schools are told that Jewish girls should strive to be “tznius princesses” and speak only in “a soft, polite tone.”

It began a few years ago with women being required to sit at the back of public buses (which has spread to New York-area communities with large Haredi populations,) and women being told to walk on the opposite side of the street from men. It has spread to the growing expectation that women will comply with Haredi men’s requests to be moved on El Al flights if they are in adjoining seats. And in September, women’s voices were barred from Israeli radio station Kol Barama.

Vishnitz Hasidim were recently instructed by their rebbe that husbands are forbidden from walking in public with their wives. Women must walk several feet behind their husbands.

Where will it end? With all frum Jewish women expected wear burkas lest they be seen, much less heard?

Those of us who do not believe that women should be required to sit in the back of public busses, who don’t believe there is anything immodest about walking beside our husbands and who believe that our daughters, just as much as our sons, should be able to speak in any voice they wish, owe a debt of gratitude to Women of the Wall.

Because what happens to Women of the Wall is representative of what happens to all Jewish women when ultra-Orthodox rabbis are in charge of the rules. When they stand up at the Kotel to celebrate Rosh Chodesh in full voice, they are standing up for us all.

Women of the Wall: Canaries in the Coal Mine